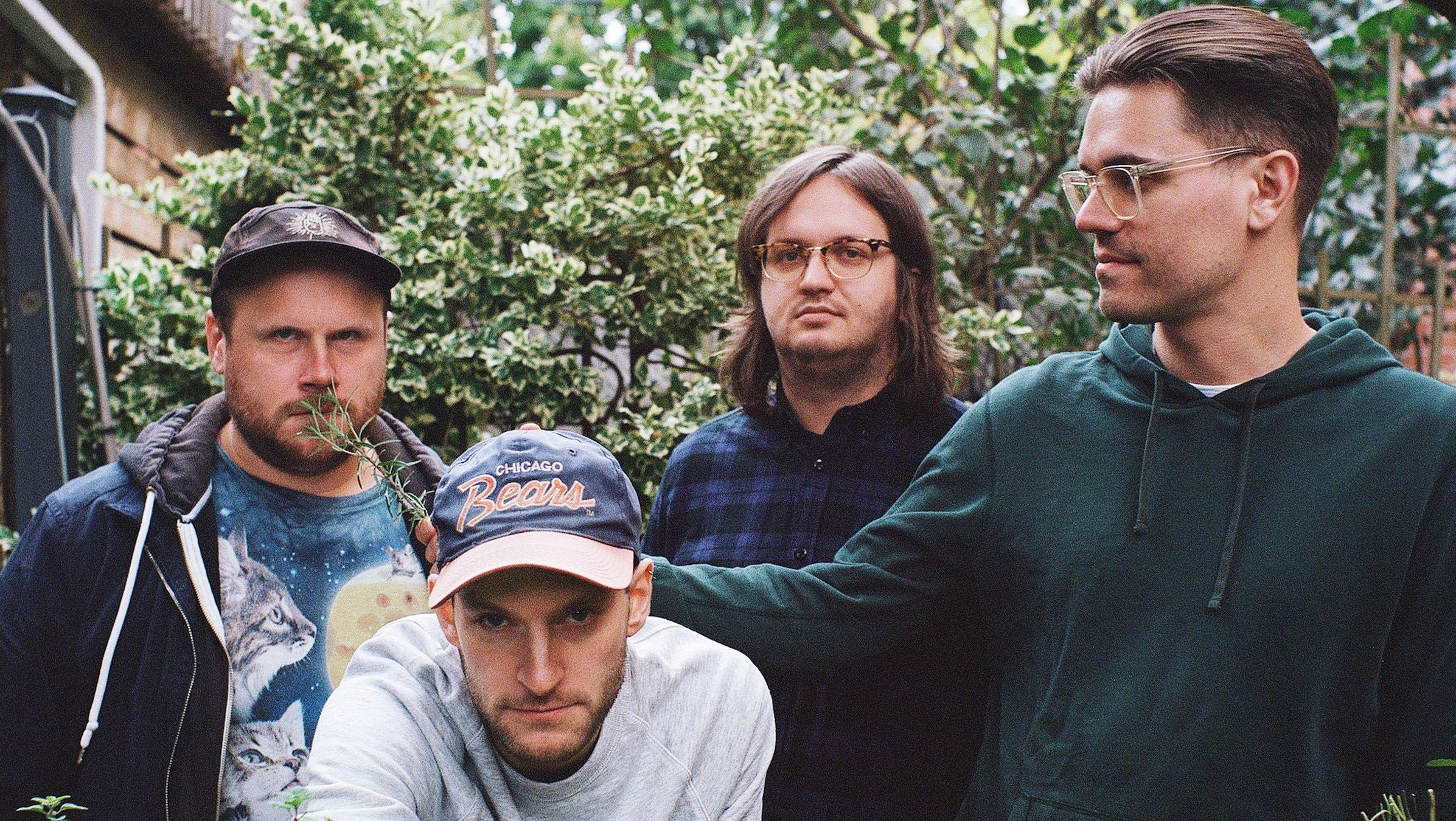 I’ve been following PUP since they were pups themselves. This was back in 2013, when I was fortunate enough to stumble upon the Canadian quartet in a magazine’s 100 Bands You Need To Know list -- shortly after they released their self-titled debut, but before it was re-released by U.S. punk powerhouse label SideOneDummy Records.

The album immediately struck me as one of the most exciting collections of recorded music I’d ever heard. It genuinely sounded like the energy of a sweaty club show packaged into a 10-song album. It had the visceral enthusiasm of hardcore punk, but the hooks and songwriting prowess of Weezer’s beloved early work. That sweet spot between anthemic and scrappy. It seemed like an anomaly to sound that tight -- like a band with a storied past -- on their first album, but it was in fact just the beginning.

In hindsight, my introduction to PUP was a last vestige of a dying age. Finding out about a cool, practically unheard-of punk band in a physical magazine was a dated form of discovery even then, on the precipice of the streaming era. Let alone a band like PUP, who were playing an arresting breed of beer-spitting, throat-searing (frontman Stefan Babcock literally blew his voice out so bad a few years back that a doctor told him he would never sing again) pop-punk that almost felt reactionary to the comparatively saccharine and squeegeed sound of Neck Deep and State Champs; bands who were also being called “pop-punk” on the surrounding pages of AP.

They were misfits from the get-go. Not quite heady enough to hang with the Titus Andronicus crowd (despite their obvious, proportional talent); way too quick and clever for the then-thriving Defend Pop-Punk clan; and similarly dangerous sounding but not quite slacker-ish enough to roll with West Coast 40-smashers like FIDLAR and Wavves. So PUP carved their own path.

In 2014 they set out to play 200 shows and ended up reaching 250 by the year’s end. I unknowingly attended their 250th when I spent, like, $8 to see them play to 10-15 people at a small club called The Bug Jar in Rochester, NY. It was a frigid night in the midst of the holidays, but I was still disappointed by the shockingly low turnout. The band weren’t, though: They ripped through a 30-minute set as if the room was full of prospective label owners they wanted to impress.

Frontman Stefan Babcock thrashed himself across the stage and snarled the lyrics to instant classics like Guilt Trip and Mabu. They closed with a cover of The Beastie Boys’ Sabotage, and Stefan dropped his guitar to climb the monitor and leap off like a madman. It’s virtually inhuman for any musician to play that many shows in one year, and it would’ve been perfectly reasonable for Stefan and co. to go through the motions for the last stop in a near-empty bar. Maybe going the fuck off were the motions for PUP, because as soon as they returned home from tour they recorded a new record with climaxes that were even faster and wilder than their first.

However, The Dream Is Over wouldn’t see release until May of 2016. The group continued their nonstop touring throughout 2015, a year-long watershed moment in which they fully realized which side of the melodic punk spectrum they stood on. PUP played all of Warped Tour that year and immediately became disillusioned by having to share a bill with metalcore act Atilla, whose lyrics contain homophobic slurs. Not to mention, the only other bands who sounded vaguely similar to PUP on that tour were The Dirty Nil and Lee Corey Oswald. I saw them play the dreaded noon set at the Warped stop in Buffalo, NY and PUP rocked it, but they just weren’t properly appreciated.

However, by the end of the year, PUP were opening for Modern Baseball, Jeff Rosenstock, and Tiny Moving Parts—a perfect FFO list for what the band was doing at the time. The Dream Is Over opens with the nasally, MOBO-esque If This tour Doesn’t Kill You, I Will, which pile-drives into the savagely frenetic DVP. That latter track one-upped the lip-smacking intensity of self-titled cuts like Reservoir and Lionheart, and the lyrics were depressingly earnest yet grotesquely humorous a la Jeff Rosenstock’s 2015 release We Cool?. And although they never veer toward math-rock, they shred just as hard as TMP.

Together, PUP and Jeff Rosenstock rebranded pop-punk for a progressive, “serious music listener” audience, and have since become critically acclaimed rock bands praised by the likes of Pitchfork and The New York Times. In 2017 I saw PUP play a sold-out, 450-cap room in Pittsburgh. They performed for a gurgling sea of smiling punks of all ages, many of whom screamed back every word with the same vigor Babcock displayed in Rochester two-and-a-half years earlier. He and his bandmates played just as hard that night, too.

Last week I watched PUP play Kids, the lead single off their 2019 record Morbid Stuff, on Seth Myers. The late night TV gig is a rite of passage for many bands, but it’s a custom that’s largely symbolic nowadays. PUP are about to embark on a near-completely sold-out European tour, and then zip back to North America for another two-month barrage of mostly sold-out dates. I’ll be seeing one of those sold-out shows in Pittsburgh, and I’m sure the room will be full of people who hadn’t heard of PUP the last time they played here.

Morbid Stuff, their newest album that comes out later this week, is a legitimate contender for their best work yet. They have a preternatural ability to lock into perfection over and over again and somehow deliver songs that are simultaneously riotous, celebratory, and gut-achingly anxious. The record’s greatest feat, and therefore one of the band’s greatest, is that the album still sounds like it was tracked in some basement littered with beer cans. It sounds big and tastefully polished in all the right ways, but it still sounds raw. It still radiates the sensational quality of their earliest material.

Whether I’m seeing one of their shows or listening to one of their albums, PUP are one of the only bands that makes me feel like a teenager again: striking gold in a lovingly tattered music magazine in my childhood bedroom.

Morbid Stuff is out Friday, April 5. Pre-order it now. PUP are playing Reading and Leeds festivals in the UK on August 23-25. Get your Reading tickets or your Leeds tickets now.