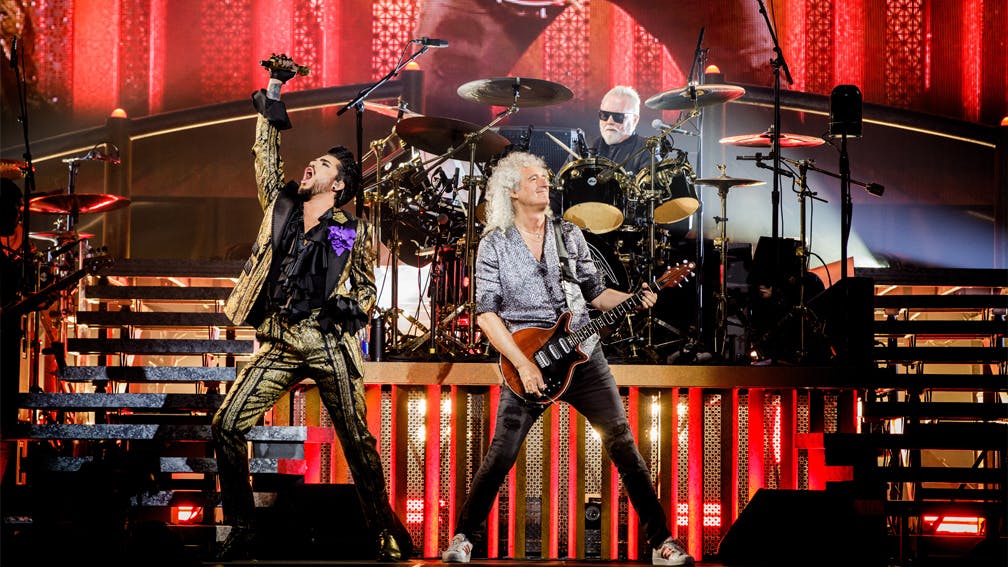 Fresh from a 25-date North American run over the summer, Queen & Adam Lambert have announced a huge UK and European Rhapsody Tour for 2020 – including five nights at The O2 in London.

The UK and European stint will, surprisingly, be their first since Bohemian Rhapsody biopic took the movies by storm, and is described as, “A new chapter in the history of the band," by set designer Ric Lipson. "Once again for them expanding the parameters of what a live music experience can be, this new show delivers the band’s most spectacular yet, an innovative and interactive celebration of the continued power of Queen’s music.”

“I can’t wait to get back to the UK and Europe," says Adam Lambert. "We had a blast on our last tour, and I am so excited to bring this new show over there!”

Brian May adds, “This is a fearsome new production taking the Queen legacy to a new place. I’m well proud,” while Roger Taylor simply states, "We're back and we're hot.”

Read this next: 13 of the best songs about mothers

Catch Queen & Adam Lambert on the Rhapsody Tour at the following:

Read this next: The 10 best comebacks in all of rock and metal