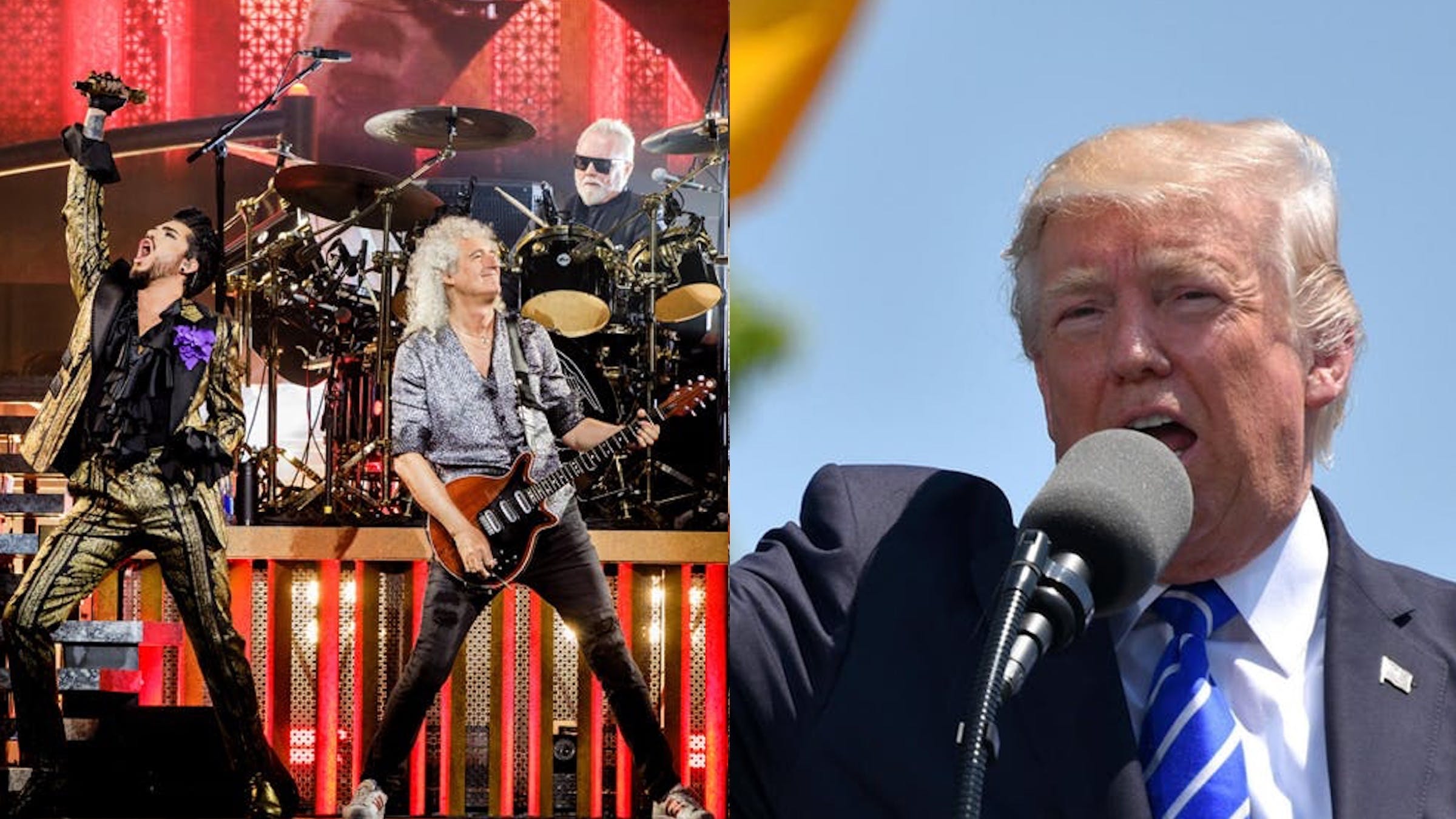 During the 2016 U.S. presidential campaign, arena rockers Queen called out then-candidate Donald Trump for using their song We Are The Champions at the Republican National Convention against a strict no-politics policy upheld by the band. Now, Queen have had to call out Trump again, this time for using We Will Rock You behind a tweet promoting one of his allies.

Trump used We Will Rock You in a since-deleted tweet trying to promote a clip of one of his cohorts. Upon learning about this, Queen filed a copyright claim with Twitter, who in turn pulled the video from the social network. Meanwhile, a senior reporter at Buzzfeed tweeted that Queen's reps told him they'd be pursuing the matter in a more concrete way by barring the Great Pumpkin from using any of their songs from now on:

In a statement issued in 2016, Queen's Brian May stated, "I can confirm that permission to use the track was neither sought nor given. We are taking advice on what steps we can take to ensure this use does not continue. Regardless of our views on Mr. Trump's platform, it has always been against our policy to allow Queen music to be used as a political campaigning tool." He later went on to post via his website, "I will make sure we take what steps we can to dissociate ourselves from Donald Trump's unsavoury campaign."

It might be curious to some rock fans as to why Mr. Trump, whose own Vice President was once a staunch believer in gay conversion therapy, would be so excited to use music sung by a homosexual frontman to promote his agenda. But Queen's songs and legacy have become part of international rock lore, leading some to try and overlook Freddie Mercury's sexuality while still enjoying his talent and triumphs; this is likely what led to Queen biopic Bohemian Rhapsody being released in China with all references to homosexuality removed.

To hear Queen's songs outside of their misuse by the leader of the free world, catch Queen and Adam Lambert at one of the dates on their big Bohemian Rhapsody tour next year: