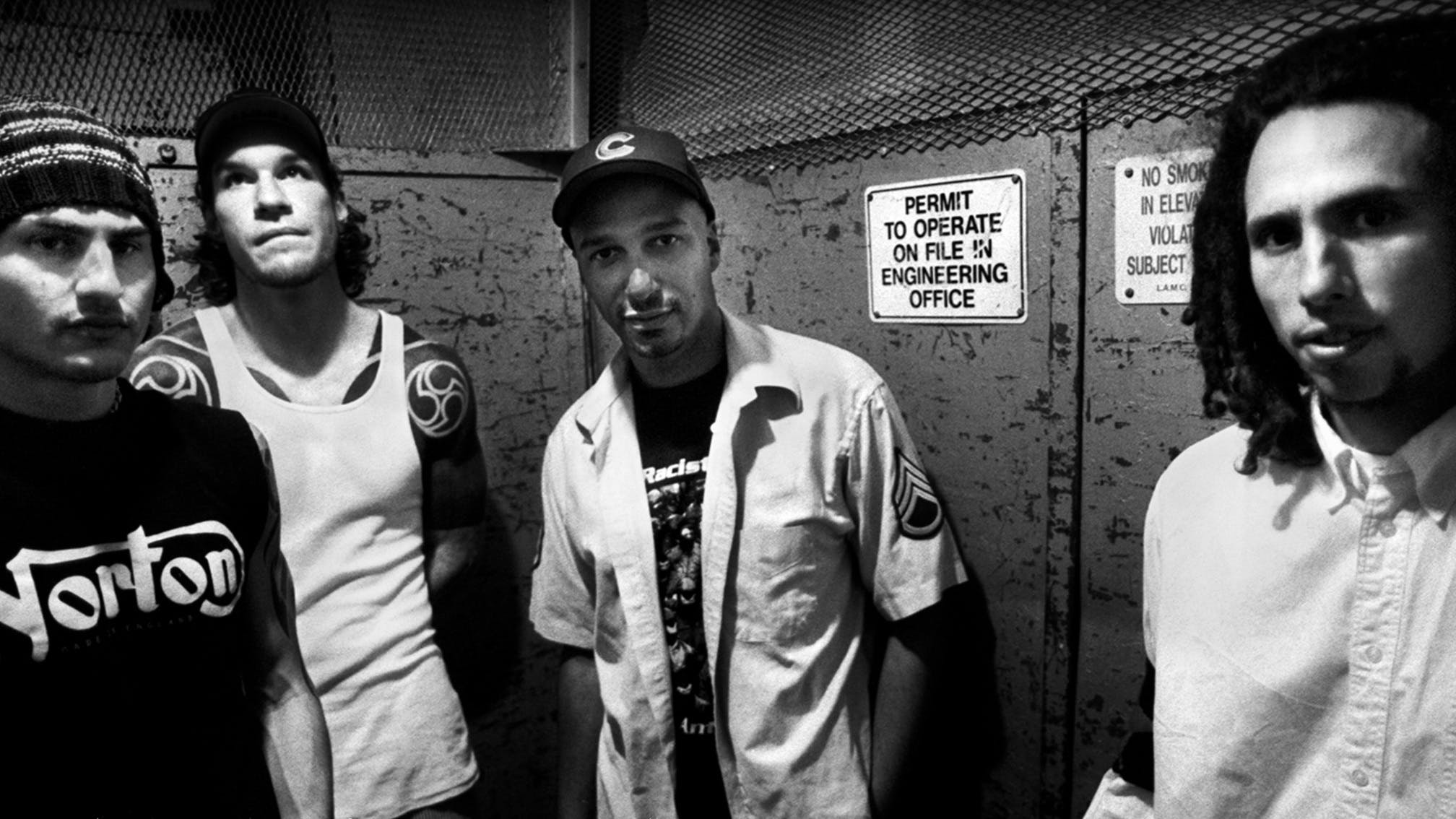 Over two years after announcing their highly-anticipated return, and following multiple postponements, it finally happened: Rage Against The Machine got back onstage together for the first time in 11 years!

The reunited Los Angeles legends kicked off their Public Service Announcement tour at the Alpine Valley Music Theatre on July 9, with a 16-song setlist that included a Springsteen cover of The Ghost Of Tom Joad for the first time since 2000, plus all the mega-hits you'd want to see like Bombtrack, Bulls On Parade, Know Your Enemy, Sleep Now In The Fire and set-closer Killing In The Name.

According to Consequence, the members of the band – Zack de la Rocha, Tom Morello, Tim Commerford and Brad Wilk – didn't speak during the show, instead letting their feelings about what's going on in the world be known via video screens. Indeed, hate5six (who was there to shoot the whole thing) encouraged fans: "If you go see Rage on this tour I strongly suggest watching the visuals they have projecting behind them. It's some of the most intense pieces of media I've seen in a minute."

Check out fan-shot footage of the gig: