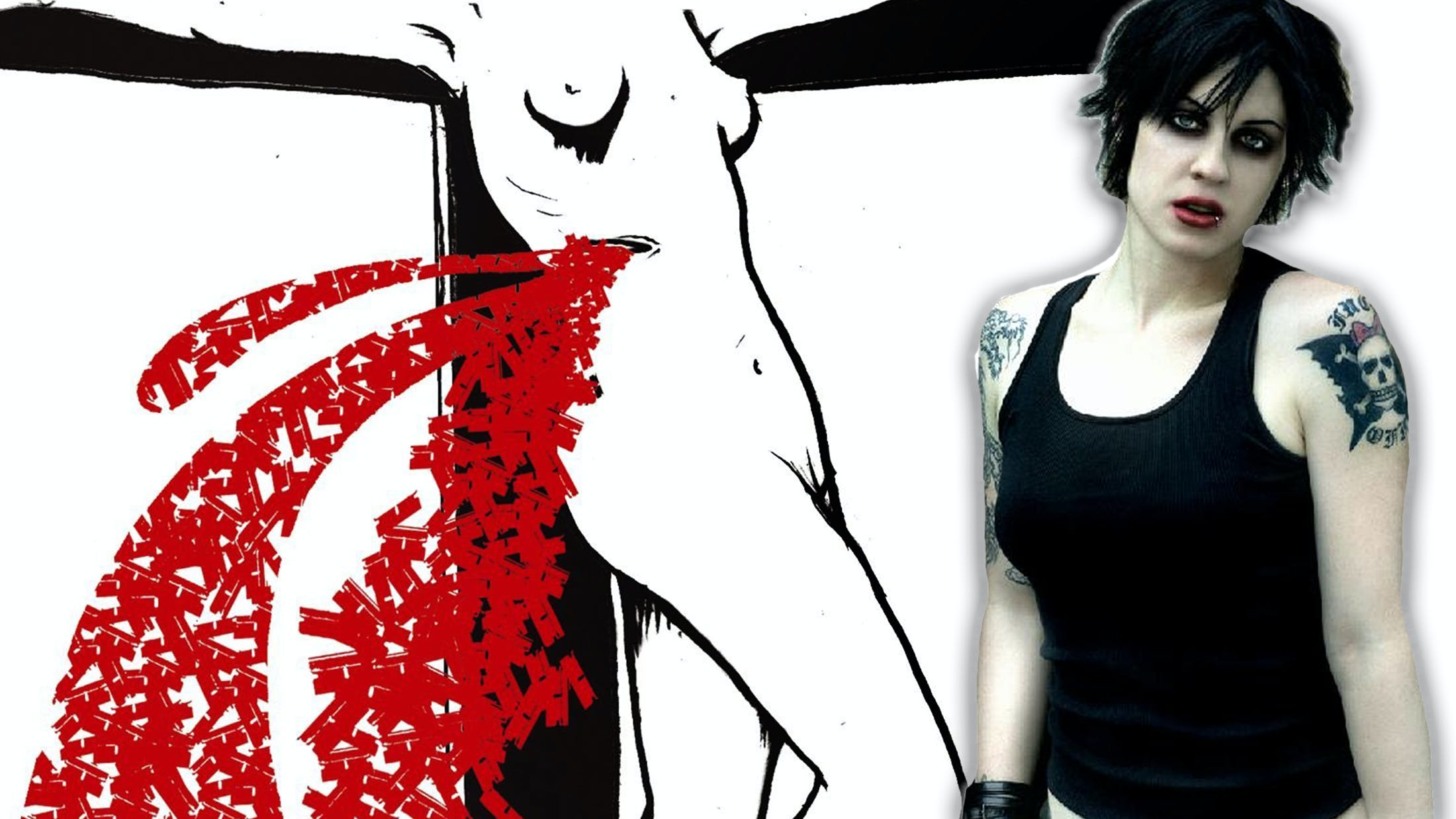 It’s October 2003. Starbucks are testing out their Pumpkin Spice Latte in Vancouver and Washington DC, yet excitable hot beverage enthusiasts would have to wait seven agonising years to tell their friends on Instagram.

The Distillers’ Brody Dalle – described as “the coolest star punk rock has thrown up in years” – graced the cover of Kerrang! on October 4, 2003 and led the charge of a Queens of Noise special.

It was a scorching week, news wise. The Darkness announced plans to release a Christmas single. Spineshank frontman Jonny Santos attracted criticism for championing guns in a recent feature, while Florida shock rockers Hell On Earth revealed plans to allow a fan to complete suicide on stage. It didn’t happen.

But what proved to be a hotter topic than Starbucks’ autumnal treat was the ‘controversial’ cover of The Distillers’ forthcoming album, Coral Fang.

The original artwork featured an illustration of a naked woman on a crucifix, bleeding from a wound in her side. The image – by American artist Tim Presley, who’d later form the band Darker My Love, featuring Distillers' drummer Andy Outbreak – was primed to incite a reaction from religious groups for its potentially blasphemous nature.

“The ‘X-rated’ artwork is a direct result of the artist’s interpretation of the lyrics contained on Coral Fang,” explained Brody Dalle. “It is not meant to represent our political stances. Art, to us, is meant to evoke emotion and thought, and is not always open to social commentary.”

With a nose for a news story, Kerrang! approached a local priest who worked in a local parish. Declining to be named in our original story (the chicken) told us: “It’s a graphic image which is quite distasteful in my opinion. It wouldn’t surprise me if parents who hold strong beliefs refused to buy an album with a cover like this for their teenage children. But I suppose bands do things like this to shock people.”

In order to make sure the provocative album artwork wasn’t given a blanket ban from big chain stores like Wal-Mart in the U.S., fearful record executives also issued a version with a ‘safe cover’ featuring less shocking illustration of animals.

“All the retailers are being given the choice between the two covers,” said a band spokesperson. “So if Wal-Mart chooses to stock the safer cover, then that’s their choice, but technically that means there will be no banning of the other one.”

Phew. The album reached number 97 in the US and 46 in the UK, and to date, and was their final full-length release before breaking up three years later.

They're back in business now, of course, with various rumours swirling around concerning their long-awaited fourth album.

The Distillers' Brody Dalle: "There Isn't A Day Where I Don't Think About This Band"

After reforming in 2018, LA punk legends The Distillers are go for Download festival. Not just that, there’s a new album coming too…