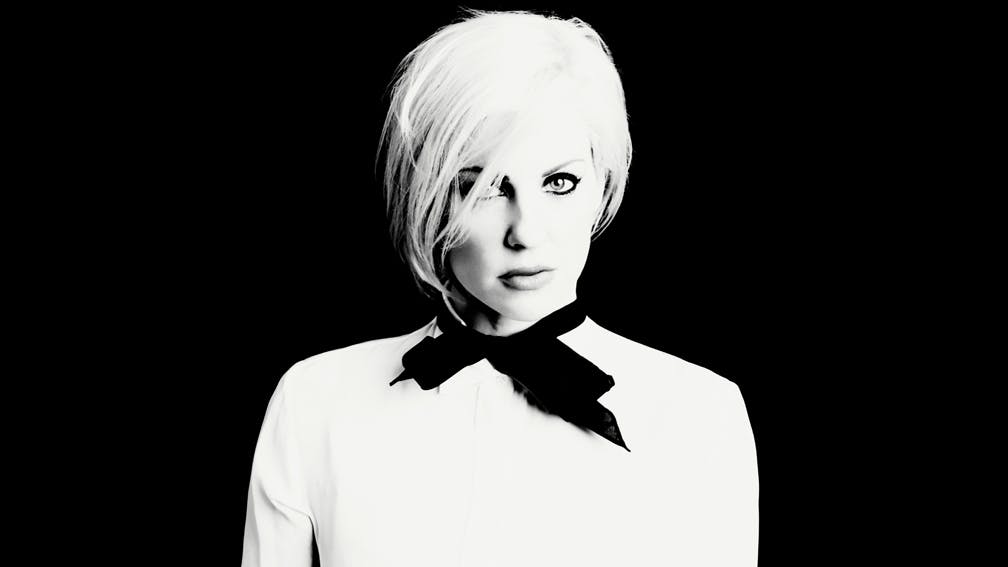 The bands joining an already stacked bill featuring headliners KISS, Iron Maiden and System Of A Down include Alter Bridge, Employed To Serve, Frank Carter & The Rattlesnakes, Mastodon, The Darkness, Will haven, LacunaCoil, Higher Power and The Distillers.

For this last band, it will mark the start of a return proper. Not only are they at the fest, there’s a follow-up to 2003’s classic Coral Fang in the works, too. Singer/guitarist Brody Dalle tells all…

Do you thrive on a big show like that, or do you get nerves going out in front of so many people?
“I guess it depends on your state of mind. But when you have that many people, in a way it just doesn’t seem like it’s real. It’s like it’s a dream and it all becomes this one thing. It’s hard to describe, but it’s an awesome feeling.”

How was your return to the UK last year at Reading & Leeds?
“It was a good time. We probably shouldn’t have been there, to be honest – it was a bit premature because we were having a lot of things going on with our own lives. But it was a lot of fun. It was really fucking hot as well. I puked after Reading, and so did our bass player Ryan [Sinn]. We both puked and couldn’t move for an hour afterwards.”

READ THIS: The 40 best punk albums since Never Mind The Bollocks...

Did it look like the shows might not happen at all when your drummer Andy Granelli injured his hand?
“Yeah, Andy had 40 stitches in his hand from a bike accident. As we were at the airport flying to the UK, I noticed that his hand was still infected. We had to go straight to see the doctor as soon as we landed. So he played with an infected hand and a broken finger. He’s a badass!”

Can we expect to have a new Distillers album by the time you hit Download?
“Time will tell. But it’s a masterpiece and I think people are going to love it. And yes, it will be out by the summer!”

When you decided to come back, were you worried about whether The Distillers would be able to just click back into gear again?
“I don’t know, I think it’s just about magical timing. We were all in the right place in our lives and we all missed it so much. For me there wasn’t a day that I didn’t think about The Distillers. We had tried to get back together briefly about eight years ago, but it just didn’t feel right. This time felt immediately right.”

What was the reaction to the Man Vs. Magnet single you put out last year?
“It was great. I mean, we didn’t even promote it, we just put it out. It was kinda like Where’s Waldo?, but for music. You kinda had to dig and search for it. We were just dipping our toe in the water without any pressure, before immersing ourselves.”

There’s a very different version of the other song on the single, Blood In Gutters, on your solo album, Diploid Love, from 2014.Where did it actually originate?
“The one that The Distillers redid was actually the original version. On my solo record I slowed it down, which is why the drum sounds that way on Diploid Love. And I always seem to write too many melodies for verses and choruses. I had all these leftover melodies so I rewrote the whole song, and that was a lot of fun, actually.”

READ THIS: That time The Distillers irritated a British priest with the Coral Fang artwork

Have your experiences with the solo album and your other band Spinnerette had an effect on The Distillers’ new music?
“What happened with Spinnerette and making a solo record was that I kinda broke the seal, in terms of getting out of the box I was in and being able to go wherever I wanted. And I’ve had the freedom ever since. I had to go there in order to figure out who I was and have that freedom to move around. I still love playing fast music – it’s in my blood, but I also like to move around. I think that’s what artists should do.”

So might we see a more experimental take carrying over to The Distillers?
“In certain aspects. I mean in some of it we can still just be as gnarly as we were but I don’t want to get tied down. I don’t want to carry a ball and chain. I want to be free and I think the guys feel the same way. We’re a lot older and our audience is older. But it still sounds like The Distillers. It sounds like us.”