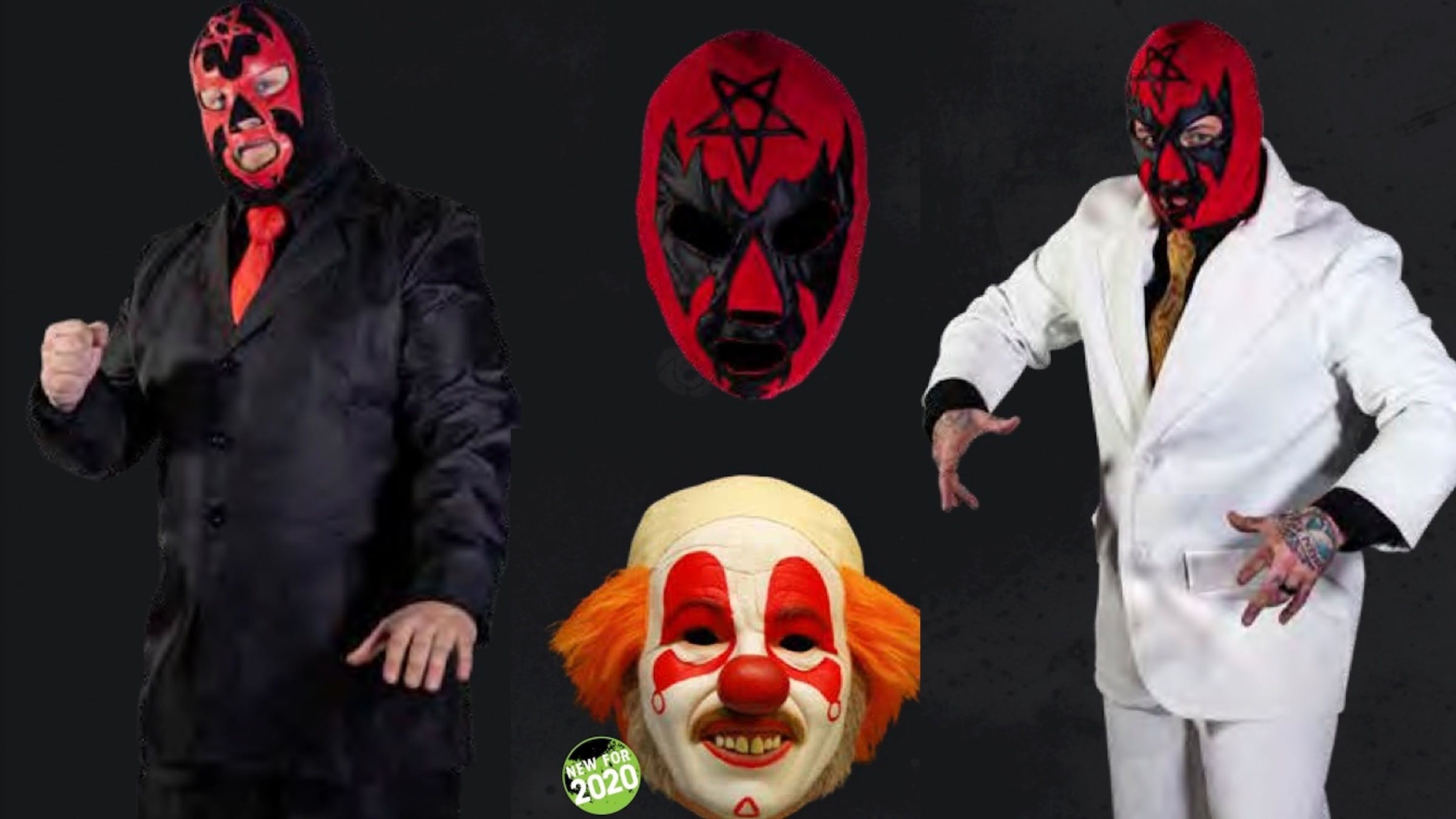 Trick or Treat Studios previewed their Halloween 2020 collection in their catalog, and it features a Mr. Baggy Britches mask and Aquarius and Black Satan costumes.

Check out the line-up:

To see what other licensed heavy metal products they carry -- including masks of mascots from The Misfits, Iron Maiden, Motörhead, and The Umbrella Academy -- check out Trick or Treat Studios full 2020 catalog.

READ THIS: Every Rob Zombie Film, Ranked from Worst to Best

3 From Hell came out in October 2019, and is the third movie in Rob’s trilogy, rounded out by 2003’s House Of 1,000 Corpses and 2005’s The Devil’s Rejects. It grossed $1.92 million during its initial limited three-day release with Fathom Events, which was then extended for a fourth day.

“The last movie was 15 years ago,” said Rob, when talking about returning to the series.“And every once in a while I’d think about it, because every year the characters get more popular, the cult of the movie grows larger. Every time we would show Devil’s Rejects somewhere, in Australia or France or whatever, the screenings would instantly sell out. The demand for the characters was there, but I thought, ‘Eh, I’ll probably never do it.’

That said, 3 From Hell had difficulties in its creation, specifically relating to the death of actor Sid Haig. Speaking to Kerrang! on the issue, Rob could only marvel at how he had to think on his feet:

"Making movies is fucking crazy, man!" he said succinctly. "A couple weeks from starting, all the sets are built, the crew’s been working, you’ve already spent tons of money, the studio’s expecting a movie, so you reach a point of no return at a certain point. So we decided to visit him in the physical rehab facility — we knew he was old, so we thought, ‘Maybe he’s just recovering from surgery and he’ll get better faster.’ But he really wasn’t getting any better, and the insurance company wouldn’t clear him to work. At that point, I quickly reconfigured the movie with a new character because — well, we had to do something!"

3 From Hell is currently available for streaming and purchase at multiple outlets, but will move to the horror-themed streaming service Shudder exclusively on February 13.

READ THIS: A Loving Tribute to Rob Zombie, King of Rock Monsters