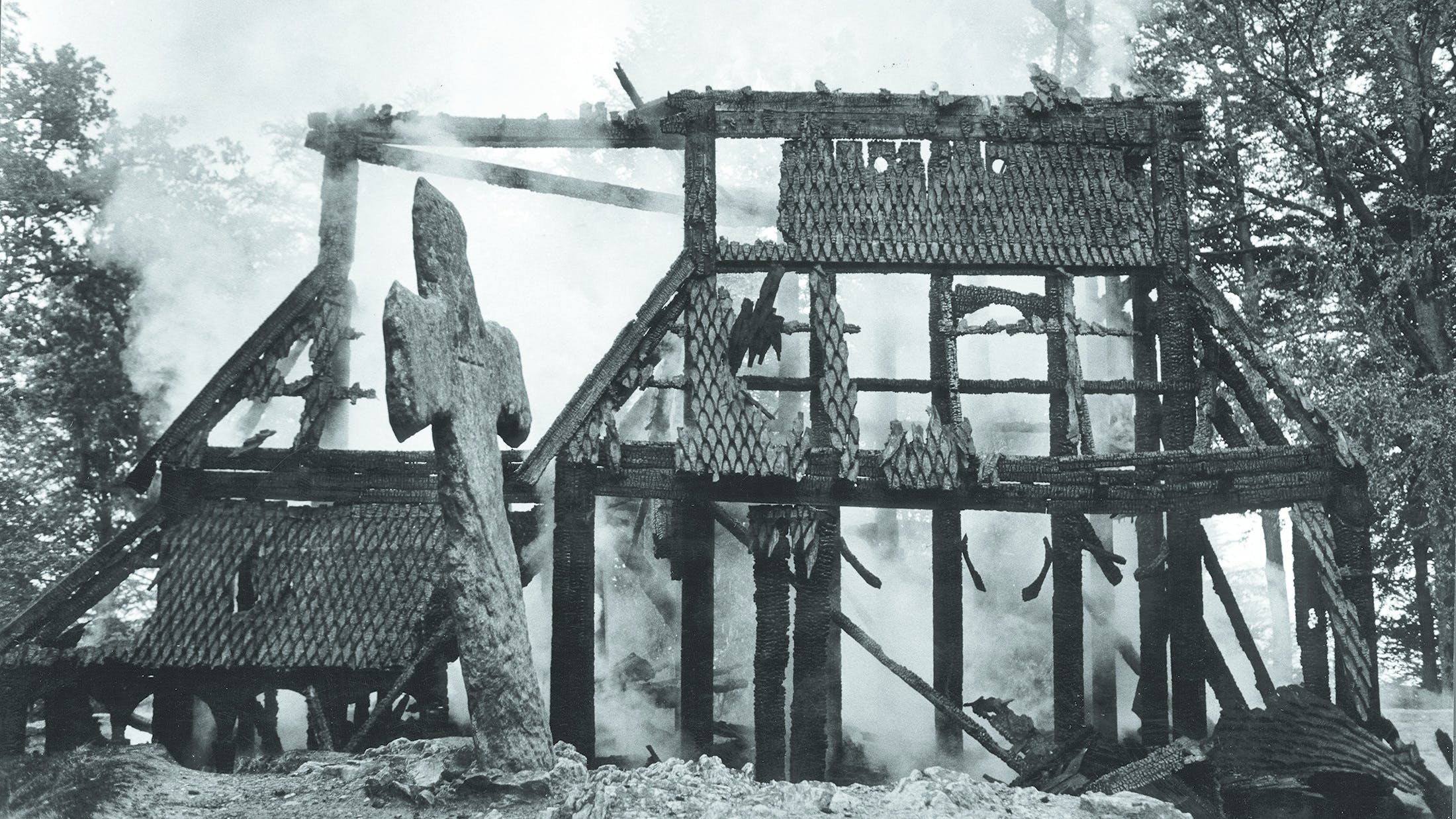 In the early ’90s, Scandinavia’s black metal scene was brought to the attention of the media overseas, following a string of deaths and destruction of Norwegian churches. In 1991, Per Ohlin, otherwise known Mayhem frontman Dead, committed suicide at his Kråkstad home. Mayhem guitarist Euronymous (Øystein Aarseth), who took fragments of his bandmate’s skull and made it into jewellery, claimed the vocalist ended his life because he became disillusioned with the scene.

“Dead killed himself because he lived only for the true old black metal scene and lifestyle,” Euronymous said. “It means black clothes, spikes, crosses and so on. But today, there are only children in jogging suits and skateboards and hardcore moral ideals, they try to look as normal as possible. These stupid people must fear black metal! But instead, they love shitty bands like Deicide, Benediction, Napalm Death, Sepultura and all that shit. We must take this scene to what it was in the past. Dead died for this cause and now I have declared war! Death to false black metal or death metal!"

The following year, Emperor drummer Faust (Bård Guldvik Eithun) stabbed a gay man to death in Lillehammer. It was around this time that a spate of church burnings in Norway began to happen, when the Fantoft Stave Church, in the Bergen borough of Fana, was razed to the ground.

The summer of 1993 saw the rivalry between Burzum’s Count Grishnackh (Varg Vikernes, Louis Cachet or whatever the hell he calls himself these days) and Euronymous come to a grisly conclusion. Following a confrontation at Aarseth’s Oslo apartment, Varg stabbed him to death and the Burzum musician was arrested just over a week later; in May 1994, he was finally sentenced to 21 years in prison, the maximum time permitted by Norwegian law.

Later that year, black metal made the headlines in the UK after a the four members of Necropolis, a band from Tunbridge Wells in Kent were sentenced at Maidstone Crown Court after causing damage to seven churches in Kent at an estimated cost of £100,000.

That March, seven churches and one cemetery in Kent were vandalised; windows were smashed and gravestones were damaged. The events were even reported on BBC South East, with its newsreader reporting on campaign for a ban of black metal music, a “form of music with disturbing satanic overtones” which “encourages devil worship and the desecration of churches”.

Reverend John Banner, of Christ Church in Tunbridge Wells – a former exorcist who lectures in the occult – told reporters: “I have no doubt that the music and its teaching is 95 per cent responsible for this – it is inciting people to break the law."

Former Extreme Noise Terror bassist Lee Barrett, founder of Candlelight Records – home to Emperor, and one of the first outlets to sell and distribute black metal in the UK – told Kerrang! at the time: “I’ve never heard of [Necropolis]. I don’t know what the band were trying to achieve at all. They must have seen what’s happened in Norway and wanted to get in on the act. I think it’s sad.

“Black metal has taken over from death metal as the ultimate in extreme metal, and has a lot of followers,” he continued. “There are obviously going to be some who want to emulate their heroes."

The original BBC South East news report on the case

Three members – David Wharton, Mark Reeve (both 22), Kevin Rooney (21, from neighbouring Eynsford) – were jailed for 30 months each pleading guilty to conspiracy to cause damage, while Paul Timms – who regretted only that he had not burned one of the churches down – didn’t help his case by wearing Cradle Of Filth's notorious Jesus Is A C**t T-shirt during his second court hearing and was given 30 months at a young offenders’ institution in Rochester. In prison, Timms allegedly went on hunger strike and when asked what he wanted to eat supposedly replied, "A bible." He was later moved to a facility in Dover for his own protection after a violent attack from inmates.

In October, 1994, Kerrang! launched an in-depth investigation into the scene and the events that unfolded in recent years and asked if metal was to blame for the church and cemetery vandalism.

The late Joey Ramone – who revealed that his band were banned from playing Norway after someone was caught ransacking a church wearing a Ramones shirt – told Kerrang! that he thought “society was getting sicker and sicker”, while Bruce Dickinson was a little more forthcoming on the issue of the Satanic terror gripping the nation.

“I can’t believe that anybody takes this Satanic stuff seriously,” said the Iron Maiden vocalist. “If they’re not actually raving mad or round the bend, somebody should just give them a fucking good kicking!”

The events that took place over 25 years ago cast an indelible shadow over the black metal scene, and while its key members have played relatively nicely in the subsequent years, it will never shake off its violent reputation.

And as for Necropolis? Despite their 15 minutes of infamy, the previously unheard of band never actually recorded a note and subsequently found that their prospects of achieving anything were swept away as quickly as the trail of shards of broken glass left at those Kent churches. Still, it’s always nice to see your face in the local papers, we suppose.