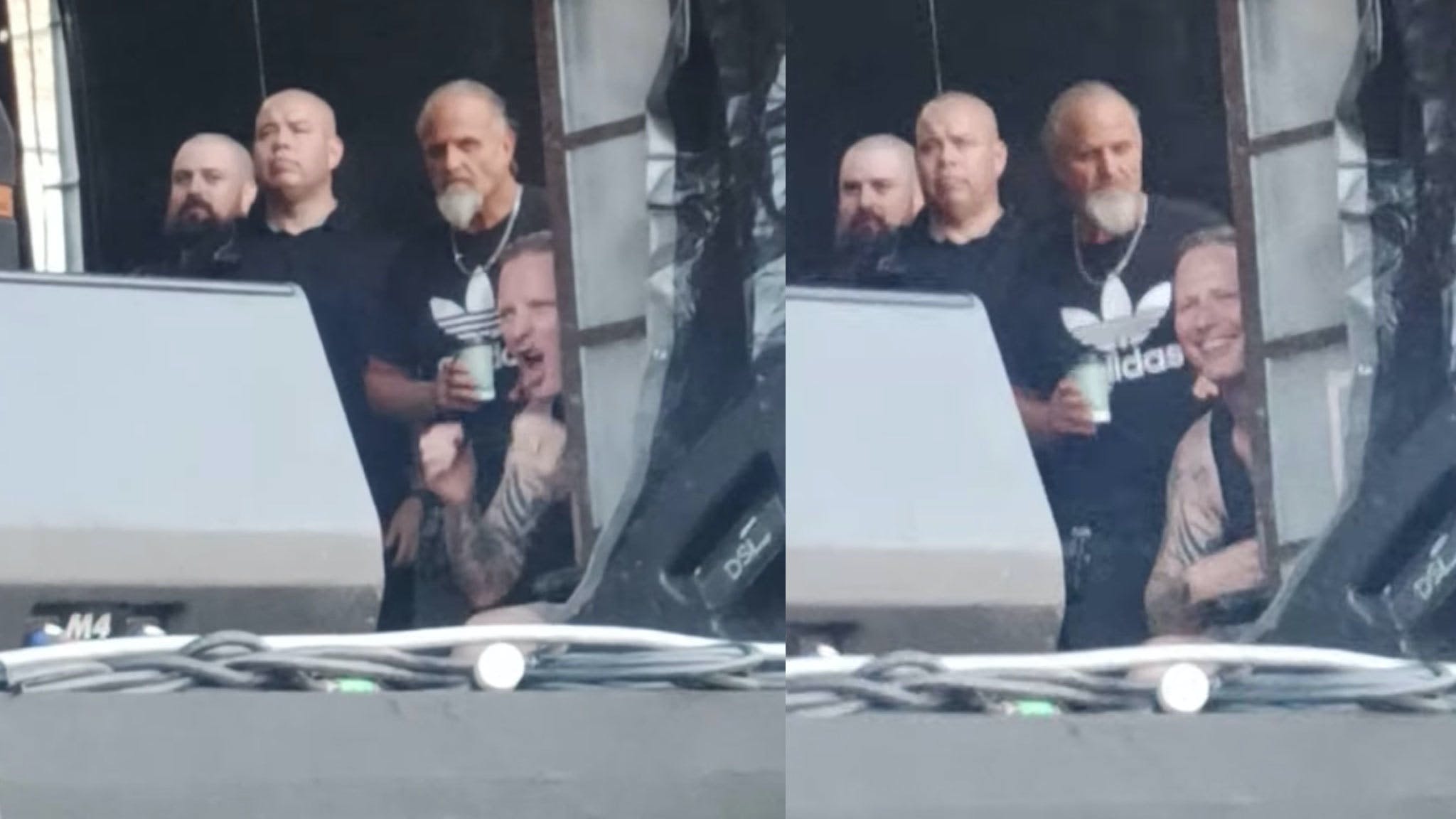 After bringing Griffin Taylor onstage during a recent Slipknot show, Corey Taylor is continuing to fanboy over his son in the sweetest way.

This time around Corey was joined by his ’Knot bandmate Shawn ‘Clown’ Crahan side stage, as the pair proudly watched and rocked out to Vended – who, if you don’t already know, feature Griffin on vocals and Clown’s son Simon Crahan on the drums, plus guitarists Cole Espeland and Connor Grodzicki, and bassist Jeramiah Pugh.

Vended have been supporting Slipknot on several European dates this summer, and will make their UK debut at Bloodstock on August 14, before headlining London’s Black Heart and Bournemouth’s The Anvil.

And their dads have clearly been enjoying the show, with a new video showing Clown bopping along and Corey singing and headbanging. Who knew these two most metal of bands could be so wholesome?!