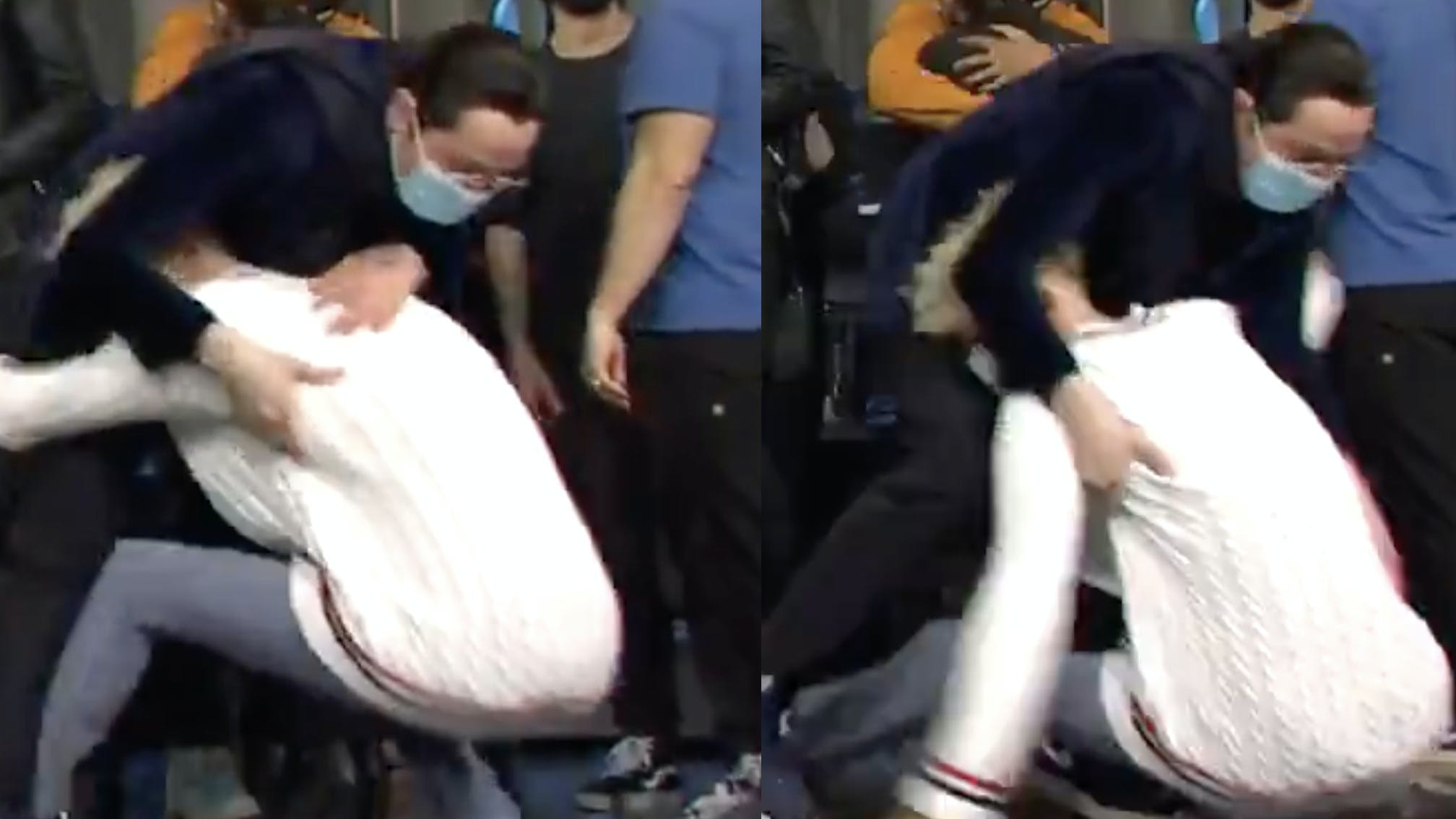 As well as starring as the musical guest on this weekend's episode of Saturday Night Live, Machine Gun Kelly threw his best pal and cast member Pete Davidson off the stage by accident during the show's closing credits.

After sharing two equally brilliant performances of Lonely and My Ex's Best Friend from his 2020 pop-punk album Tickets To My Downfall, MGK celebrated his SNL appearance by seemingly attempting to pick up Pete as the programme came to an end. But before he even managed to properly lift the comedian up into the air, he instantly lost his balance, stumbled backwards and brought Pete with him right off the stage.

Taking to Twitter after the hilarious moment, Machine Gun Kelly joked that he and Pete were doing a skit for the legendary comedy show. "During the credits we did one called 'two drunk friends fall off the stage'," he wrote. "It went even better than planned."

Nevertheless, the whole experience seemed to be a damn good time: