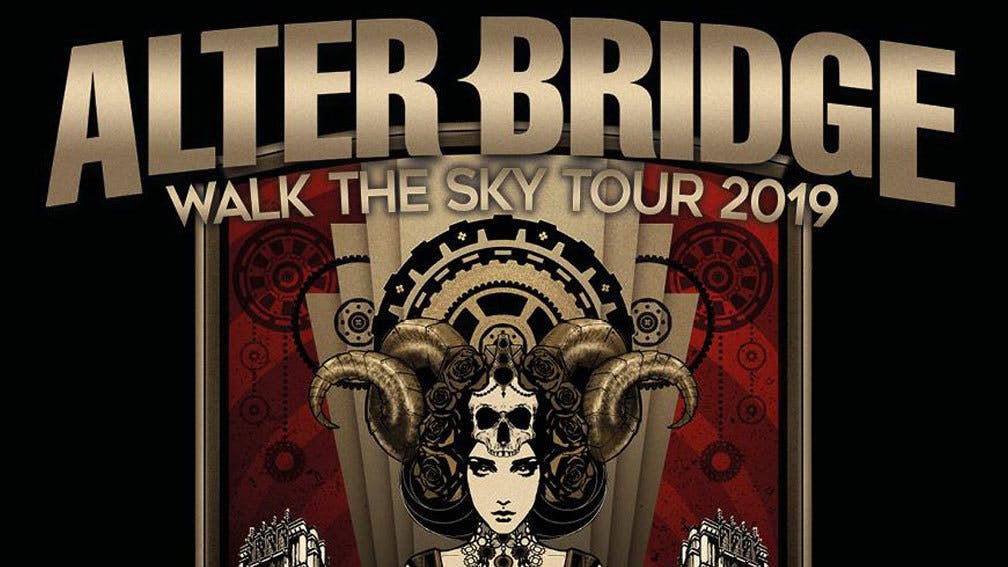 With Alter Bridge's huge Walk The Sky UK tour fast approaching, unfortunately Sevendust have had to drop off the line-up due to illness.

The band were set to play the six-date arena tour alongside Shinedown, but drummer/vocalist Morgan Rose has sadly been hospitalised with an unspecified illness. While they will no longer be hitting the UK, however, their acoustic shows in the U.S. at the end of December are still going ahead currently.

"It is with a heavy heart we have to say that we will not be able to join our brothers in Alter Bridge and Shinedown on the upcoming UK tour dates on the #WalkTheSkyTour," Sevendust say in a statement.

Read this next: How I wrote Metalingus, by Alter Bridge's Mark Tremonti

"Morgan is sick, in the hospital and under Doctor orders not to move or leave the country. We will make it up to you all! See you guys at the Acoustic Xmas shows."

Catch Alter Bridge and Shinedown at the following:

Grab your tickets now from the Kerrang! Ticket Store.

Read this next: Review: Alter Bridge – Walk The Sky