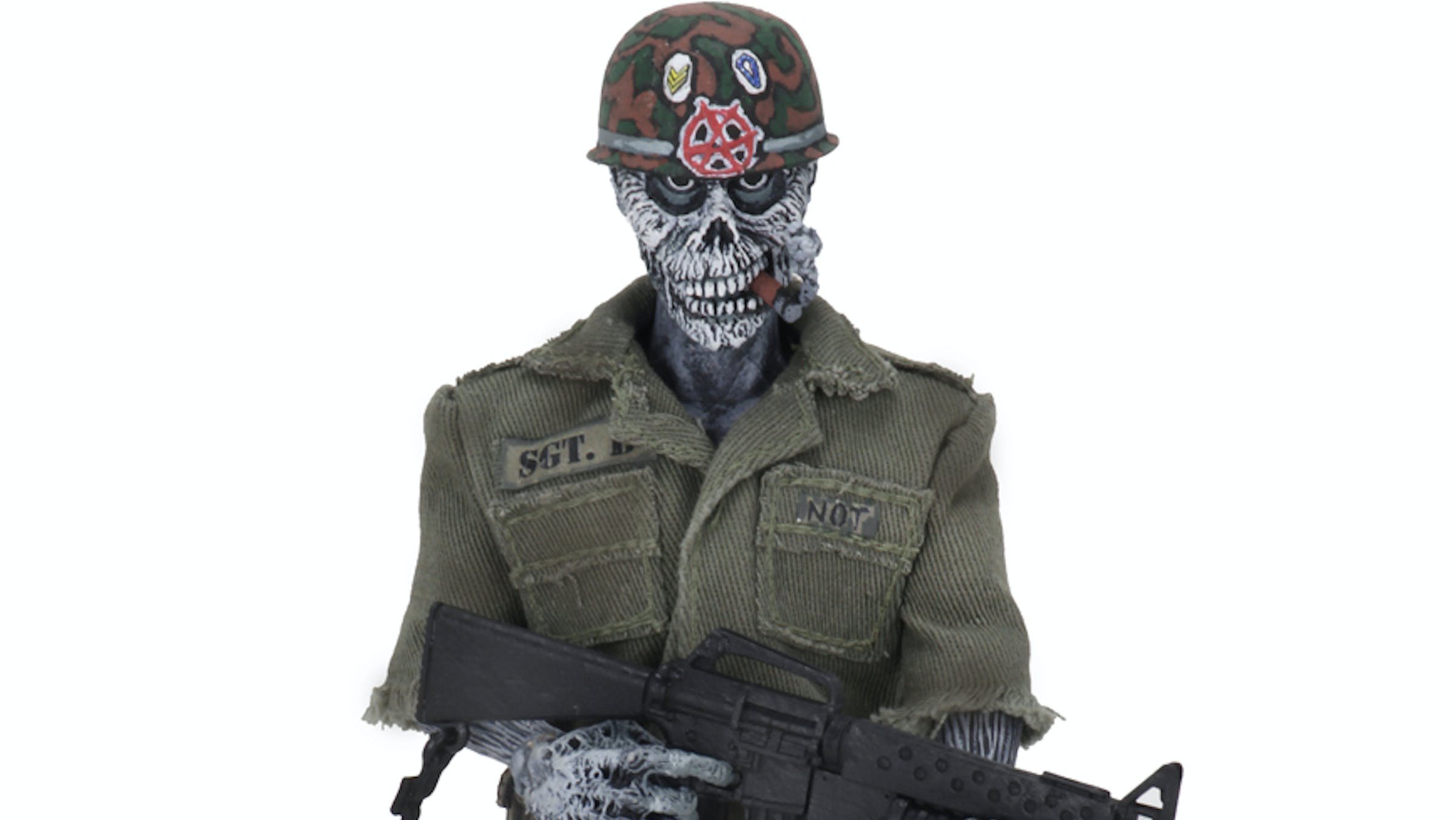 Need a new creepy new action figure to skeeve up your toy box? Today’s your lucky day: say hello to Sargent D, mascot of crossover thrashers Stormtroopers Of Death, or S.O.D.. The band, which features members of Anthrax and M.O.D. and are known for such classics as Kill Yourself and Speak English Or Die. They've been inactive since 2007, but now they’re back...in toy form.

The Sargent D figure comes straight from the album art of their iconic 1985 LP Speak English Or Die. The album is labelled 'satirical metal,' making Sgt. D the official representative of charming slogans like, “I’m not racist; I hate everyone.” The toy will be released via NECA, and shipped out in December.

You can check out this eight-inch tall fella below:

This follows guitarist Scott Ian’s own action figure, released via NECA. It came with his guitar and alternate heads, one of which features his face as it appeared on The Walking Dead.

You can check out that one below:

Scott's figure can be purchased now for $89.95. It also includes the guitarist's signature on the box.

These can be added to the crazy (and booming!) world of music action figures. Remember Motörhead’s Warpig and The Misfits’ Jerry? Vic Rattlehead from Megadeath’s Dystopia? Coheed and Cambia? Ghost? Does Ozzy’s plush bat count? Anyway, you get the idea.

There’s also the puzzle fad, which turned album art from bands like Iron Maiden, Judas Priest, Motörhead, and Slayer into 500-piece jigsaw puzzles. This features Iron Maiden’s Number Of The Beast, Powerslave, and Somewhere In Time; Judas Priest’s Defenders Of The Faith, Ram It Down, and Painkiller; Motörhead’s Overkill, Bomber, and Orgasmatron; and Slayer’s Reign In Blood, South Of Heaven, and Seasons In The Abyss. Come Christmas, have some shopping to do.