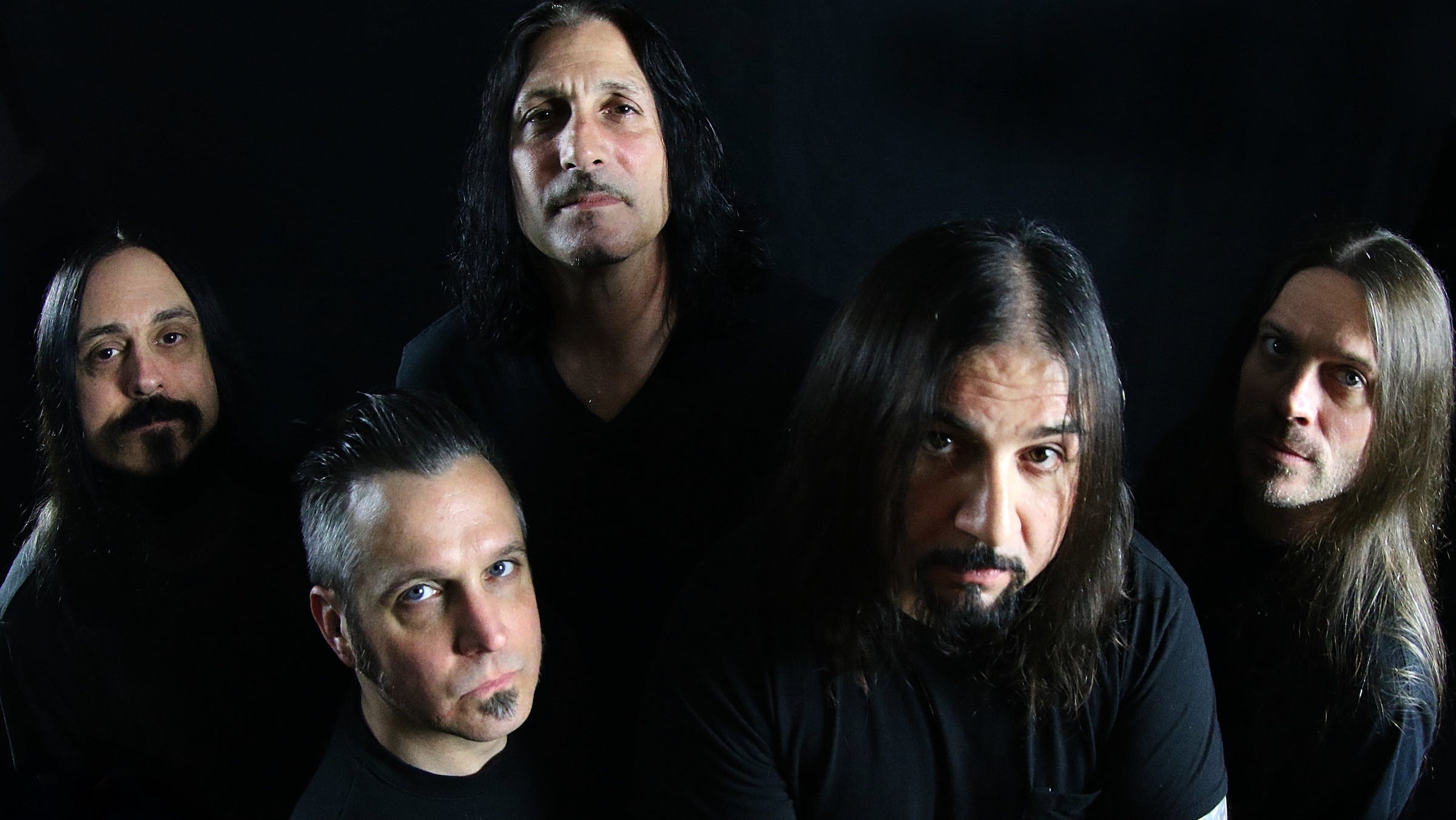 Living up to all the grief, misery, and disillusionment of Brooklyn's Type O Negative is no easy feat, but A Pale Horse Named Death is up to the task. The New York-based doom quintet, featuring Sal Abruscato and Johnny Kelly of Type O (not to mention Life Of Agony and Danzig), takes a more misanthropic and bleak approach to doom metal. Their riffs are as big and shadowy as an overcast sky, and interwoven with bare drumming, moaning vocals, and cinematic piano flourishes that make the listener feel like they have a front-row seat for a time-lapse version of civilization decaying.

A Pale Horse's new album, When The World Becomes Undone, sees the band taking that sound to its logical conclusion. Though the first two singles to be released from the album, Vultures and Love The Ones You Hate, go for a more upbeat and chugging vibe, their mid-paced death march is as fast as the album goes; all of the other songs thereon are murky slogs through swampy doom ambience and a sense of despair that feels relevant in the modern age.

Kerrang! is excited to host an advance stream of When The World Becomes Undone a day before its release. Before that, we caught up with Sal to learn about the broken heart at the core of the band's newest dirge...

The last single you released from the album was the title track, When The World Becomes Undone. What's the nutrition behind the title, and that song?

That song goes back as far as 2014. I had the title and piano idea from back then. We didn’t finally arrange stuff until last year. That song correlates with a few things -- I was in Europe when it came to me. I was in a hotel room and watching TV, seeing ISIS beheading people, and I was like, ‘Wow, we’re back in barbarian times. This whole place is falling apart.’ And I’m a believer that for a title, if it still works five years later, it’s a keeper. And with what’s been happening in the country and globally, I thought that title couldn’t be more appropriate. People are getting their britches tied in knots over the dumbest things now.

How do you think that's going to resolve itself? How do you see the world progressing, if it's so doomed?

I think what’s going to happen is we’re going to hit a brick wall, and we’re going to have to hit a reset button and start all over again. So the song touches on that and a little bit of personal stuff, but primarily it’s about how man is to blame. We are the problem, and we are constantly fucking things up as always. And I ain’t no hippie dippie preacher, I won’t tell anyone how to live, but...people have their priorities mixed up as to what’s really important. You can’t say nothing anymore. The idea of freedom of speech is out the door. Not because the government is coming after you, but because of people. On social media, you can have your life or career destroyed overnight.

Is that a recurring theme throughout the album? Is there a "concept" behind the record?

The album is very dark and depressing about personal things that have gone on in my life, too. It’s a conceptual ride about dark things that have gone on in my life. I try not to write too specifically, so people can interpret it into their own situations. The record goes on a long, tribal, funeral, up-and-down kind of vibe. The first two singles were the most upbeat songs on the album; everything else just goes at a kill yourself tempo. By the end of the album, everything is so dark, that by the time you get to the closer, which is a recording of an actual outdoor funeral with a priest speaking over a casket, it takes you really down and dark. But, you also hear a bird singing in the background, which gives it a sense of enlightenment, of something to look forward to in the end. It’s a journey--I like things very cinematic and grand.

What has changed the most between the albums?

A couple things changed--we had a member change. I did the first two albums with Matt Brown, who was the guitarist on the previous record. But we were literally blessed with [new guitarist] Joe Taylor, who came in and immediately learned to play all of Matt's parts.

Is there a bottom to the darkness at the core of this band?

Nah. It’s never too much. No hope, no fear. I like going against the grain. That’s why a lot of people can’t handle me sometimes -- I’m always shooting my mouth off about dark things. I don’t think it can ever be too depressing or dark-sounding. I am a diagnosed manic-depressive, and I have a lot of dark emotions. And I’d rather let it out, because if I don’t you’ll just be reading on Blabbermouth that I killed myself.

When The World Becomes Undone comes out tomorrow via Long Branch Records. Preorder it here.