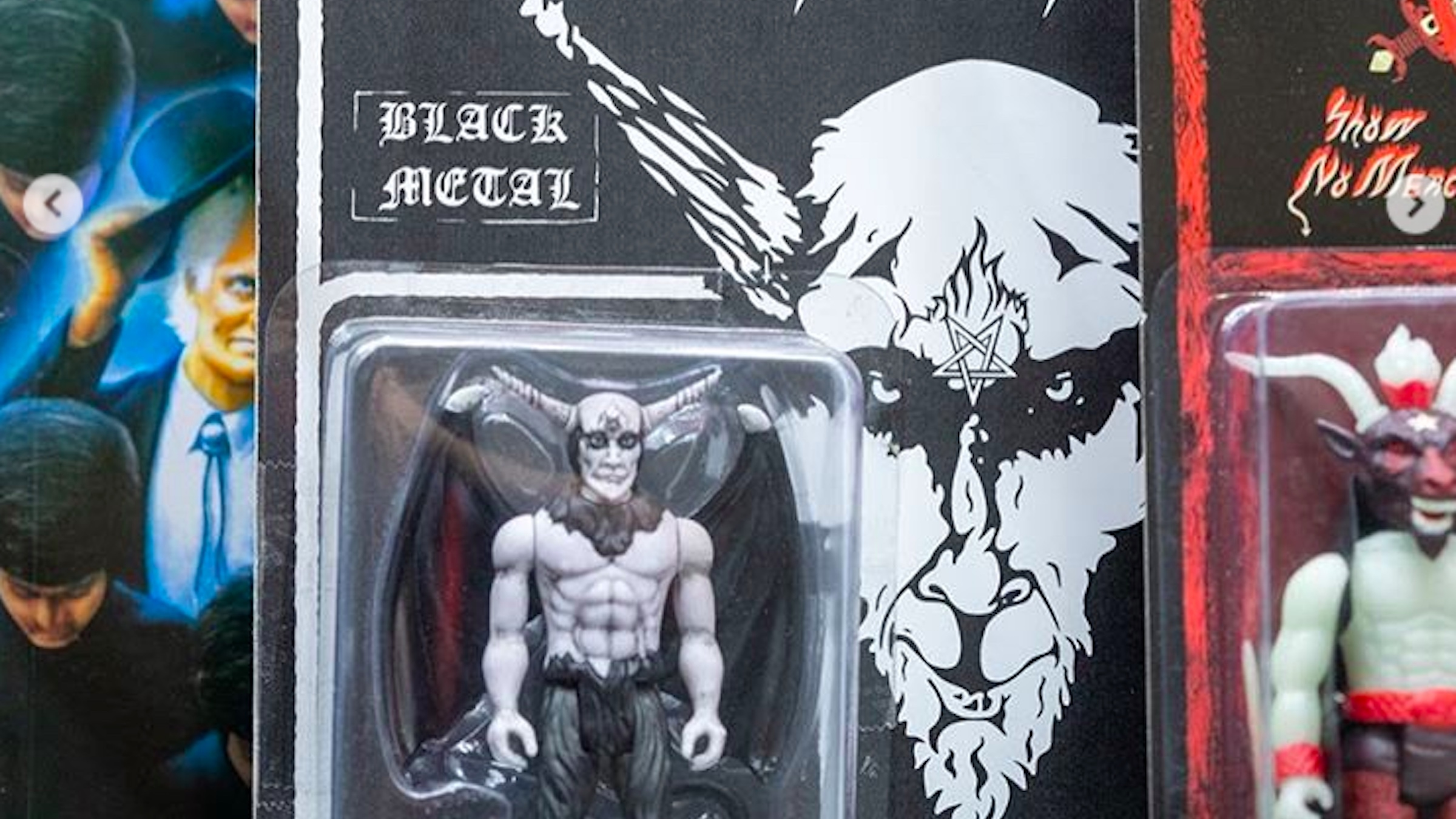 Indie toy company Super7 has certainly made inroads in the heavy metal toy market, having created figures of everyone from Ghost's Papa Emeritus to Slayer's Baphomet to the Misfits' Jerry Only himself. And at this year's Toy Fair, the company showed off prototypes of several new figures they have in the works, including those of famous mascots for bands like Venom and Anthrax, as well as iconic characters from Tim Burton's The Nightmare Before Christmas.

Super7's first post shows their new line will feature the fallen angel from the cover of Venom's classic album Black Metal, as well as a figure of the young version of Motörhead frontman Lemmy Kilmister. Not only that, but it looks like there'll be a set of the zombified members of Slayer from the sleeve of the band's first live album, Live Undead:

The next post showed that the company will also produce a series of figures based on characters from The Nightmare Before Christmas, including Jack Skellington (complete with his dog Zero), Sally, the Harlequin Demon, and one of the film's Vampire Brothers (who comes with his undead toy ducky):

A final post shows that both the standout guy from the cover of Anthrax's Among The Living and Megadeth mascot Vic Rattlehead will make their way into the toy line.

The company says that these toys will arrive later this year, so keep your eyes peeled for your chance at adding them to your collectibles shelf (you big nerd). Of course, Super7 will sell each figure for $18 -- a price that may seem somewhat steep for a piece of semi-articulated plastic, but which will look paltry compared to these $149 Ghost action figures.

Of course, if none of these bands are your thing, you'll just have to wait until the release of these Slipknot and Slayer Funko Pop! figures.

READ THIS: S.O.D.'s Sargent D gets his own action figure