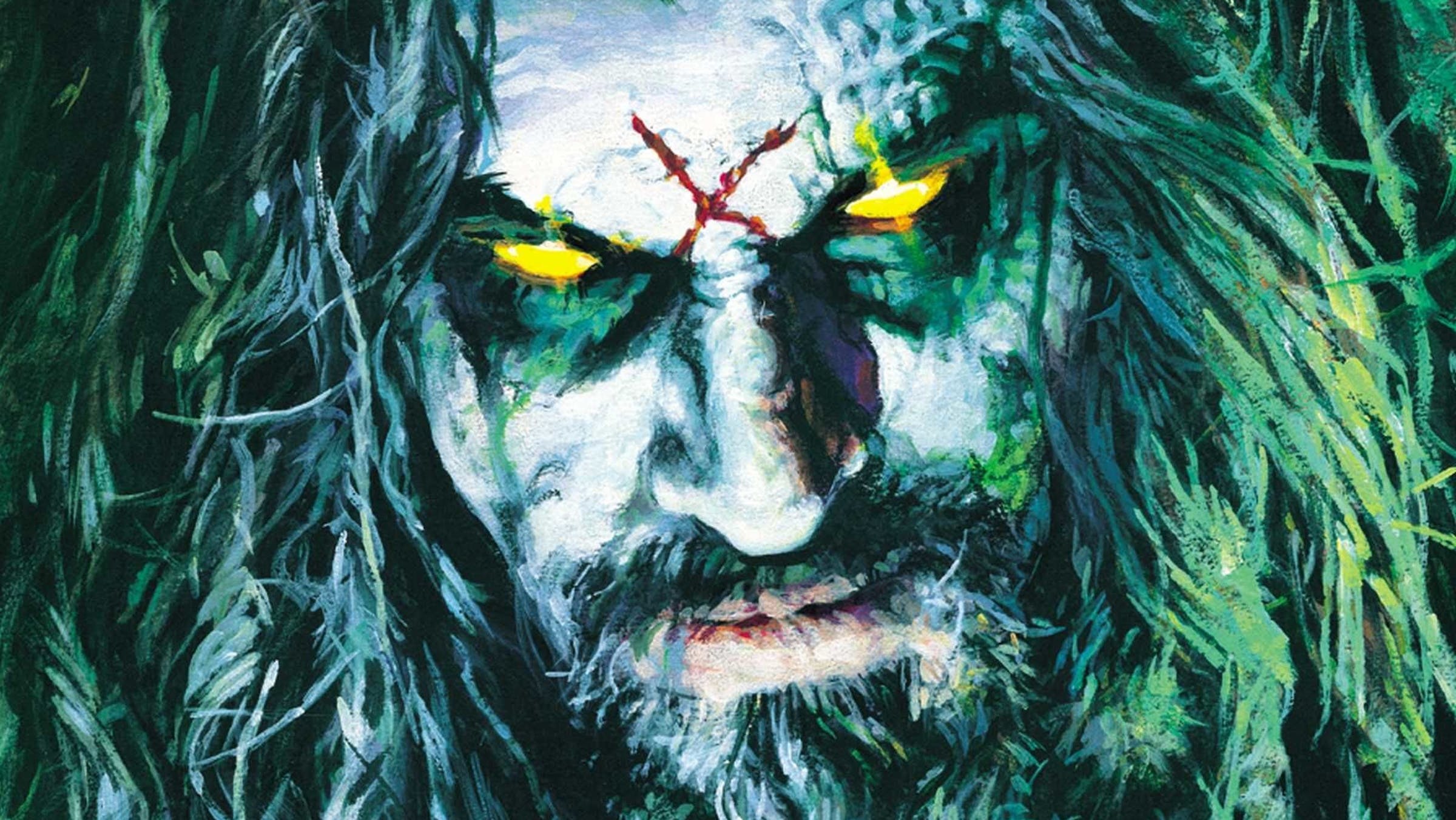 In 1997, Rob Zombie could’ve just coasted. His band White Zombie had finally refined their sound into an industrial groove metal behemoth that was taking the world by storm and appearing on any horror movie soundtrack worth its salt. All the while, nu-metal was booming around him, with countless rising artists actively imitating White Zombie’s pneumatic rhythms, too-huge-for-school riffs, and sunburnt grindhouse freak atmosphere. If he wanted to remain successful, all the singer really had to do was stay the course.

Instead, Rob Zombie took a big risk: he left his band and recorded his first solo album, Hellbilly Deluxe. Released on August 25, 1998, the record was a massive success, spawning one of the most famous heavy metal singles of the ’90s in the form of Dragula and launching Rob’s career as a solo artist. As far as gambles go, this one paid off – and then some.

“Rob didn’t have to go solo,” says Rob 'Blasko' Nicholson, who played bass on his first three solo albums and now plays in Ozzy Osbourne’s solo band. “It wasn’t like the situation with Ozzy, where he had to go solo. White Zombie could still exist, as a band, and do whatever it’s doing. He chose to take a big risk, and it really worked.”

For Rob, the end of White Zombie was inevitable. After the last show of the band’s 1996 War Of The Gargantuas tour with Deftones and Pantera, the frontman left thinking the band was resolutely over. “When that tour ended, I knew it was the end,” he says in It Came From NYC, the book that accompanies White Zombie’s 2016 box set. “There was nothing left. I remember walking offstage, handing our road manager my microphone, and saying, ‘Well, that’s the end of that’… It had degenerated to the point where it was miserable.”

But White Zombie’s dissolution wouldn’t become public knowledge for a while. When Rob began putting together a team to record what would become Hellbilly Deluxe, the band still technically existed, and there was an underlying thought that his solo album might be a flash in the pan. What mattered to Zombie, though, was that the project be his and his alone – driven by a singular vision, rather than the democratic process of a full band. The musicians he assembled for his solo debut – Blasko on bass, Mike Riggs on guitar, and White Zombie/The Cult percussionist John Tempesta on drums – were all working for him, to bring his ideas to life.

“I got a call, kind of just ’cause I was in the mix. I was visible because I had the same management [as White Zombie],” says Blasko. When he was invited to play on Hellbilly Deluxe, Blasko had already left his ’90s metal band Drown and ended his tenure in groove metal pioneers Prong, and was wondering if his music career had peaked.

“I was working at a used clothing store by day and a bar by night… I met Rob at a diner, and it was more of an informal interview, to make sure there was transparency on the situation: White Zombie still existed at the time, he was doing the solo thing, and this might not be anything more than maybe a one-off. He wanted to make sure I was down as a hired gun, and that there wasn’t any other agenda than what he wanted. And I was like, ‘Yeah! Let’s roll!’

“We literally hopped right in the car, went to the studio,” continues Blasko. “We got in front of the producer, and he said, ‘We’ve been working on this track’ – and it was Dragula. He said, ‘It’s in the key of F-sharp, here’s a bass – go.’”

To produce the album, Rob initially teamed up with Nine Inch Nails multi-instrumentalist Charlie Clouser, who helped push him towards the more electronic- and industrial-influenced sound that appeared on Hellbilly Deluxe. However, due to other obligations, Charlie had to leave the project – his work can still be heard on opening song Superbeast – and was replaced by Scott Humphrey, who’d done keyboards and programming for acts like Metallica and The Melvins. The Zombie/Humphrey relationship was the one that gave Hellbilly Deluxe its distinct sound, and led to an extended collaboration between the two musicians, with Scott co-producing all of his albums through 2007 and co-composing the score to Rob's 2003 film debut House Of 1,000 Corpses.

“It was very much him and Scott Humphrey,” says Blasko. “My contribution was minimal at best, based on the collaboration they built. Whether or not I had played on Dragula, it still would’ve been a hit. It was a hit long before I played on it.”

The industry machine around Rob Zombie, however, had its doubts. In their minds, White Zombie was a hugely profitable act, and debut solo albums rarely did well from a commercial standpoint. While Rob was focused on making a record that he considered a perfect distillation of his sound, the people involved in his career thought that they were humouring a frontman before breaking a hard truth.

“In hindsight, Rob had every intention of this record exploding,” says Blasko. “He had every intention of taking this as a solo thing, and White Zombie being a closed chapter. But the presentation to us at the time was very much, ‘We’re gonna let him do this, and then he’s going to go back to White Zombie, because White Zombie is the cash cow, and that’s the brand. This is just to appease him, and once he realises this isn’t as successful as White Zombie, you guys can go on your merry way.’ They were very much minimising expectations. Which makes sense – you can’t predict something like that, and you very much want to keep everyone in check.”

In Zombie's vision, the guiding principle of the album was everything – literally, everything: gigantic songs, rock star guest musicians, and all of the monsters that dwelt in the cinematic catacombs of his mind depicted by the artists who’d inspired him over the years. When Rob found out that Mötley Crüe drummer Tommy Lee was staying at Scott Humphrey’s Chop Shop studio after a stint in jail, he asked him the play on a couple of tracks (Tommy’s drums can be heard on Meet The Creeper and The Ballad Of Resurrection Joe and Rosa Whore).

For the album’s cover, Rob had legendary horror artist Basil Gogos do a portrait of him with an ‘X’ carved in his head; for the CD booklet, he had Marvel Comics artist Gene Colan and Dan Brereton create original depictions of his final form. He even had FX artist Wayne Toth recreate the robot from the 1939 Bela Lugosi vehicle The Phantom Creeps, which can be seen on the album's back cover.

“It’s a welcome relief from the less-is-more school of thought,” Rob told PR Newswire. “I grew up in the heyday of cool record packaging. I would stare at the record for hours. Now, you open a record and you get nothing. I always feel cheated.”

“That was back when albums were king,” Blasko points out. “At that point, it was a real piece of art, and Rob is an artist in every sense of the word. I feel like that album structure, from bookend to bookend, was a great piece of art, as much as I feel like Astro-Creep was a great piece of art. There is no formula for connection – it either resonates or it doesn’t. It was an amazing album, and an amazing time in music and music consumerism. Sometimes, the stars just align.”

Hellbilly Deluxe may have been a risk – a heavy metal singer’s debut solo album, filled with esoteric film references and throwback horror art – but it landed with a resounding boom. For a specific type of metal fan, who needed something darker than nu-metal’s tough-guy posturing but still wanted the kinds of catchy singalong tracks that death metal just wasn't providing, the record was utterly perfect. Hellbilly Deluxe debuted at Number 5 on the Billboard charts, selling approximately 121,000 copies its first week – the biggest success of Rob’s career.

The album’s first single, Dragula, was a rock radio hit, and its Rob Zombie-directed video established the singer’s aesthetic for years to come; the follow-up singles, Living Dead Girl and Superbeast, have since become heavy metal canon. In the era before black metal was publicly recognized, Hellbilly Deluxe was the most satanic thing on the market in a while; Walmart caused controversy by refusing to sell the record until the skulls and pentagrams were removed from its cover.

That said, not everyone was psyched about Hellbilly’s sudden success. The remaining members of White Zombie were apparently unaware that Rob had been working on a solo album while they were on what they thought was a hiatus; that it dropped so soon after the phone call in which the singer announced his departure shocked and dismayed some of them. “I knew it was over, but it was a surprise to us when Rob’s solo record came out immediately after the phone call,” bassist Sean Yseult says in It Came From NYC. “Obviously, he had been working on other plans.”

Rob, for his part, didn’t think it was even an issue: “By that point, I seriously figured that everybody thought it was over. It seemed to me that the call was just a technicality.”

Today, Hellbilly Deluxe is Rob Zombie’s defining musical moment, the album on which he went from heavy metal frontman to undead rock royalty. The record has gone double platinum, the songs thereon still appear in his live set without fail. But it’s important to remember that during the moment of its creation, the record was considered by many to be a high-risk bet – one that many thought he might lose.

“When you think of someone going solo, it’s always a dicey scenario,” says Blasko. “In a lot of ways, what makes a band successful is a level of conflict. When you remove the parts, they don’t resonate as much as a collective group. A lot of times, when you find a successful band, they all hate each other… and the end result of that is a level of compromise that makes it what it is. So whenever [an artist goes] solo, you remove that conflict and make it one person’s vision, which doesn’t always work. You’ve seen it before – a singer leaves and does his own project, the band gets a new singer, both projects totally suck, and eventually, the band gets back together out of necessity. It’s a challenge – but Rob was able to do it.”