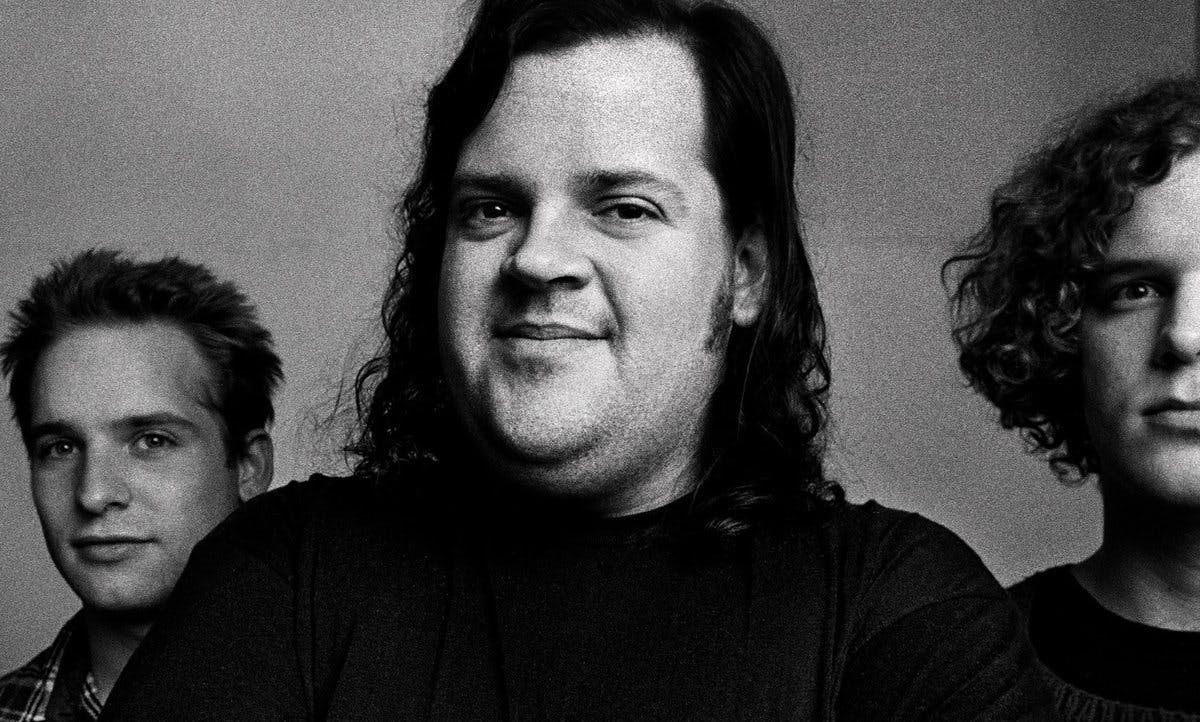 30 years ago today, Seattle rock kingpins Sub Pop released God's Balls, the debut LP by the mighty TAD, the monstrous quartet fronted by its man-mountain namesake Tad Doyle. Though they're treated now mostly as also-rans next to their more radio-friendly peers, TAD had come out of the gate in 1989 on equal footing, co-headlining early tours with Nirvana and drawing just as much attention from the international press.

One could argue that TAD weren't the Seattle band with the catchiest hooks (that'd probably be Nirvana) or the prettiest singer (that'd likely be Soundgarden); they certainly weren't the first band to be sullied by the "grunge" tag, a dubious honorific which Sub Pop first applied to Green River. (No self-respecting band in that region at the time would touch "the 'G' word" with a ten foot pole.) However, with God's Balls, TAD perhaps best encapsulated the essential elements of what would be viewed as "The Seattle Sound": sludge-encrusted monster riffs, drunk and willfully dumb as hell, all played with punk abandon and noise-rock overkill.

In a phone interview, Tad Doyle -- now older, wiser, and currently keeping busy composing music under his full name, Thomas Andrew Doyle, running a recording studio in Seattle, and occasionally dabbling in his boulder-heavy power trio Brothers of the Sonic Cloth along with his wife Peggy and drummer Dave French -- admits that he was surprised to be around to see the 30th anniversary of his band's thundering debut. "I don't think I had enough forethought to even ponder that at the time, based on other aspects of my life."

In Sub Pop's early days, the label's schtick was to sell their bands as Pacific Northwest rednecks who'd just stumbled into heavy rock alchemy while trying to cook meth or something. In playing this to the cartoonish hilt, the label cast the educated, middle-class members of Mudhoney as a bunch of hesher losers, and sensitive punk-rocker Kurt Cobain as a hick garage mechanic with a backwards guitar. TAD -- with their quasi-biker look, a hulking lead singer who'd previously worked as a butcher, and songs about wood goblins and drunk-driving trucks on a frozen lake -- were a godsend for Sub Pop's nascent aesthetic, and early press and videos played up their "backwoods lumberjack" narrative for the band.

Not to say that that characterization had no basis in reality. "Mostly, it was because Kurt had actually grew up in a logging town [Stanwood, WA], and I'd cut cordwood for a summer where I grew up in Idaho," Doyle explains. "Sub Pop just played off that. It was kind of a snowball that turned into a boulder...[Sub Pop founders Bruce Pavitt and Jonathan Poneman] were very much into ideas and imagery to go with things, so a lot of their stuff was just riffing off of what they knew about us, and what we told them about our upbringing. They just put a microscope on it, so that it would look like a universe instead of a speck."

That said, precious few rednecks in the late 1980s would have deigned to make music like God's Balls. Though much has been made of Seattle's melding of punk fire and classic rock riffage, songs like Behemoth and Cyanide Bath owe at least as much to the gnarled art rock of the Birthday Party, the post-industrial gloom of Head of David, the fried Texan "pig fuck" sound of the Butthole Surfers, and the growling mania of fellow Seattle big brothers the U-Men as they do to either Black Flag or Aerosmith.

Even that, though, sells short the band's voracious, multifaceted musical appetites. "At that time, metal had a nasty connotation for a lot of people. I had my forefathers that I loved to listen to, sure, but we were all listening to a lot of diverse music," Doyle says. "We liked '60s soul shit, and there's definitely a groove to things which we copped from that...the bottom end and the repetitive, catchy hooks on the bass and drums. Gary [Thorstensen, guitarist] and I would then bring in the psychological additives of [the noise-rock bands]. There's a lot that went into it."

If God's Balls owed something to classic heavy rock, though, it comes through in producer Jack Endino's crisp, thick production work. As he did with Nirvana, Soundgarden, and Mudhoney, among scores of others, Endino used the limited means at hand to give God's Balls a massive sound worthy of any 1970s dinosaur band. Doyle puts it simply: "The guy was, and is, good, and he was good at capturing what we were doing."

"One of the things that made working with Jack on that record really special to me is that he was willing to experiment. We brought in a gas tank from a truck and a hacksaw and recorded that, all kinds of fun stuff."

Of course, it didn't hurt that the band came in primed and ready, but unbeknownst to many, they were also extremely fresh: having played all the instruments himself for the first TAD single, Ritual Device/Daisy, it had taken Doyle some time to assemble the right band to carry off the concept. "Little-known fact: we were together as a band for about two and a half weeks before that recording. I had a lot of songs and ideas, and Kurt [Danielson, bass] and I had been working together, then Steve [Wied, drummer] had come on a bit after that, but Gary joined right before recording."

It's a testament to Doyle's clarity of vision that a band so fresh could pull off such a heavy, fully realized debut. However, this makes it sound more calculated than it was. "It was really just an easy thing," Doyle says. "There wasn't any strategy behind it, except we knew we wanted to be loud, bombastic, low, and big. Other than that, it was all just organic. It was in the way we played and influenced each other."

TAD's story gets more complicated after God's Balls, with a few lineup shifts, banned album covers, and a jump to (and dump from) a major label before they finally called it quits in 1999. The band's founding members moved on to other bands including Vaporland, The Navins, and Hog Molly; aside from a couple partial reunion shows, they've spent little time looking back.

Still, the band's legacy is secure, even if it should perhaps be more celebrated: God's Balls is recognized as a classic by its fans, but three decades on, most of those fans are deep-diving Sub Pop history buffs and rabid heavy-music nerds. For his part, though, Doyle is mostly just grateful that it all happened. "It's been a helluva ride with TAD. I'm grateful for everything with those guys over the years... we've had a lot of times, and a lot of mind-blowing things that have happened. I wouldn't trade it for anything."