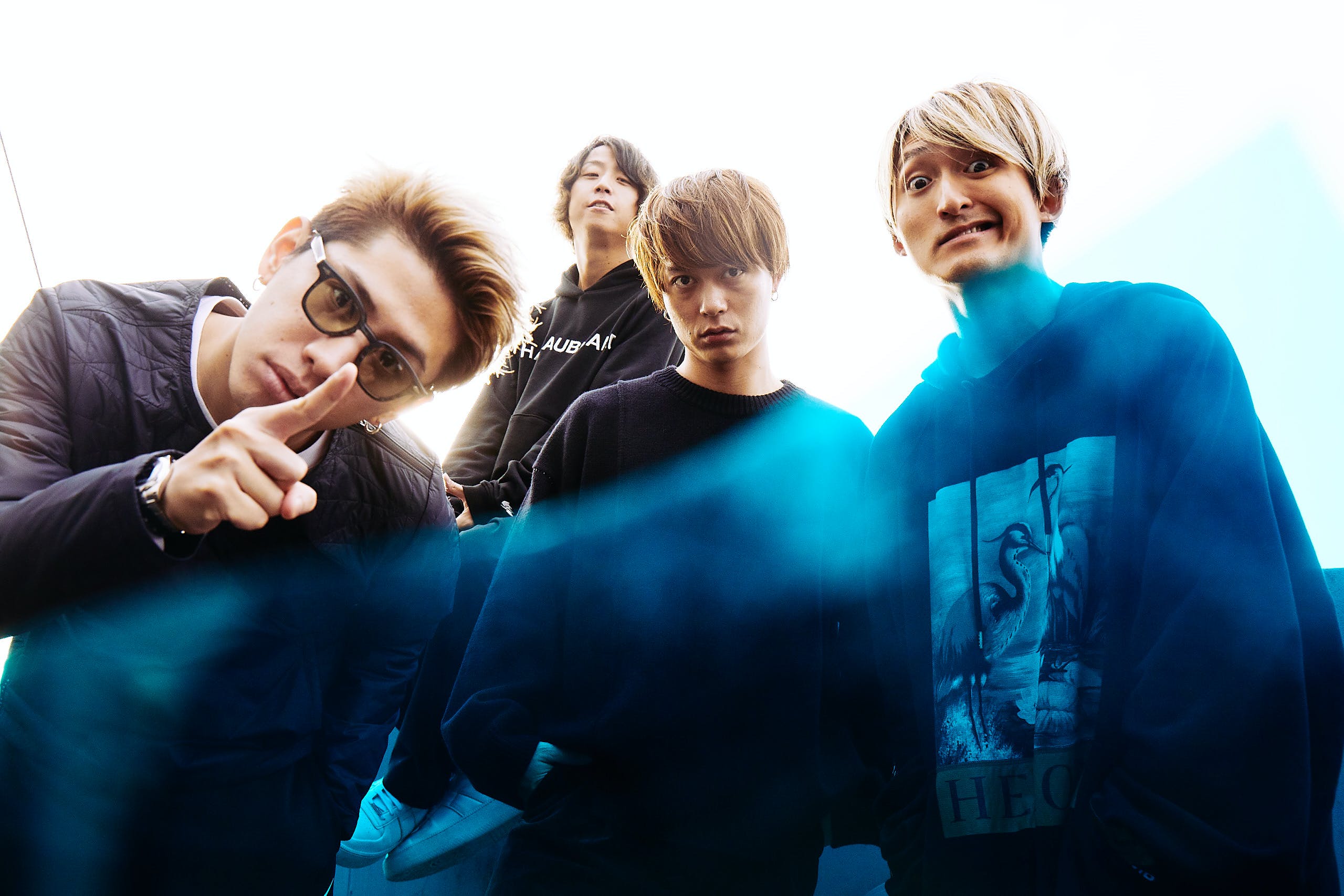 In Japan, ONE OK ROCK are a musical behemoth, and with new album Eye Of The Storm, they’re on track to achieve that status worldwide. Since forming in 2005, the Tokyo natives have worked with and performed alongside some of rock’s biggest names, played some of the world’s grandest venues and achieved things most bands could only dream of. But just how did a group of teenage punks blossom into one of the alternative scene’s most exciting collectives? Here, from humble beginnings to fame and fortune, we chart the 10 moments that turned ONE OK ROCK into superstars.

The point at which momentum truly began to pick up for ONE OK ROCK, the release of The Beginning, the stand out cut from 2013’s JinseixBoku, was a defining moment in the band’s career. A post-hardcore anthem and the four-piece’s first taste of global success, it was a song that proved both the strength of ONE OK ROCK’s songwriting ability and the vast potential that existed within their ranks. As starting points for world domination go, this was about as good as it gets.

2. Selling out their first UK show

On October 26 2013, Taka Moriuchi, Toru Yamashita, Ryota Kohama and Tomoya Kanki set foot in the UK for the first time as a band. For most acts, their first foreign shows tend to be low-key support slots on small club tours, but ONE OK ROCK have never been like their peers. Headlining and selling out their debut European run almost as soon as it was announced, these shows marked Taka and co. down as ones to watch, with their upgraded Islington Academy gig just a small glimpse of the pandemonium that was soon to follow.

3. Killing it on the Warped Tour

Following their first trip to the States in early 2014, ONE OK ROCK returned to the USA to play 18 dates of that year’s edition of the Warped Tour. At the time still newcomers to the western market, the quartet more than made their mark on their debut Warped stint, and it wouldn’t be long before the band were back in America in their own right. Playing alongside scene heavy-hitters like Parkway Drive, Of Mice & Men and The Story So Far, ONE OK ROCK held their own and emerged victorious.

Putting out a documentary DVD is something only seriously big bands do, but by the end of 2014, that’s exactly what ONE OK ROCK were, at least in their homeland of Japan. A film that largely follows the events of the band’s “Who are you?? Who are we??” tour of Europe and Asia the previous year, director Hiroyuki Sawano charts ONE OK ROCK’s rapid rise within the world of alternative music. Taking inspiration from the manga series BECK, FOOL COOL ROCK showcases a young band with the world at their feet.

Goldfinger frontman and super-producer John Feldmann has probably worked with your favourite band at some point. Having helmed records by the likes of blink-182, Black Veil Brides and The Used, his collaboration with ONE OK ROCK was always going to be a huge success, and so it proved, with Feldmann’s shiny production being put to work on JinseixBoku, 2015’s 35xxxv and 2017’s Ambitions. Extensive work alongside Feldmann was proof that ONE OK ROCK could attract the biggest of names in the rock game.

6. Signing to Fueled By Ramen

Home to Paramore, twenty one pilots and Panic! At The Disco, Fueled By Ramen is the go-to label for rock bands looking to broaden their appeal and conquer the pop charts. ONE OK ROCK and FBR joining forced for Ambitions made sense given the record’s poppier sound, and it’s proved a healthy relationship, with Taka and his cohorts working with the label again on new LP Eye Of The Storm.

7. Collaborating with the stars on Ambitions

Speaking of chart domination and the power of pop music, ONE OK ROCK scored a couple of killer feature spots on Ambitions, with pop heavyweights 5 Seconds Of Summer lending their talents to the song Take What You Want, whilst All Time Low’s Alex Gaskarth appeared on Jaded. And with Avril Lavigne uniting with the band for the Japanese release of Listen, Ambitions ended up overflowing with kick-ass collaborations. Better yet, this wouldn’t be the last time ONE OK ROCK teamed up with their rock star peers…

Slaying it at 55,000 seater stadiums was no trouble for ONE OK ROCK by the time last year’s Ambitions Dome Tour rolled around. Playing eights shows at some of the biggest arenas in their homeland, these gigs featured the band’s grandest production, crowned them as the rightful kings of Japanese rock and proved that no stage is too big.

In an recent interview with Kerrang!, Taka described his admiration for Chester Bennington, detailing how the Linkin Park vocalist was a “hero” of his and a great influence on his music. ONE OK ROCK had been touring with Linkin Park prior to Chester’s passing, so it was no surprise to see Taka join the likes of Oli Sykes and Jonathan Davis in performing at Chester’s memorial show. Lending his abilities to Somewhere I Belong, Taka once more proved the power and emotion that characterises his vocals.

'If we’re not moving forward, what are we moving for?' Taka asked on Change, the first taste of Eye Of The Storm. ONE OK ROCK have without doubt broadened their horizons with their latest LP, bringing in more pop influences and addressing lyrical subjects like the coming together of cultures, as heard on the single Stand Out Fit In. A bold, brave and occasionally brazen collections of songs, Eye Of The Storm is the sound of ONE OK ROCK spreading their wings and becoming superstars.

10 bands who wouldn’t be here without Linkin Park

Since they exploded onto the scene in 2000, Linkin Park have had an undeniable impact on generations of rock and metal fans…

ONE OK ROCK Have Been In The Studio With Ed Sheeran

ONE OK ROCK had "an amazing time" working in the studio with singer-songwriter Ed Sheeran.

ONE OK ROCK Are Supporting Ed Sheeran In Asia

The Japanese superstars have also announced a UK and European tour!