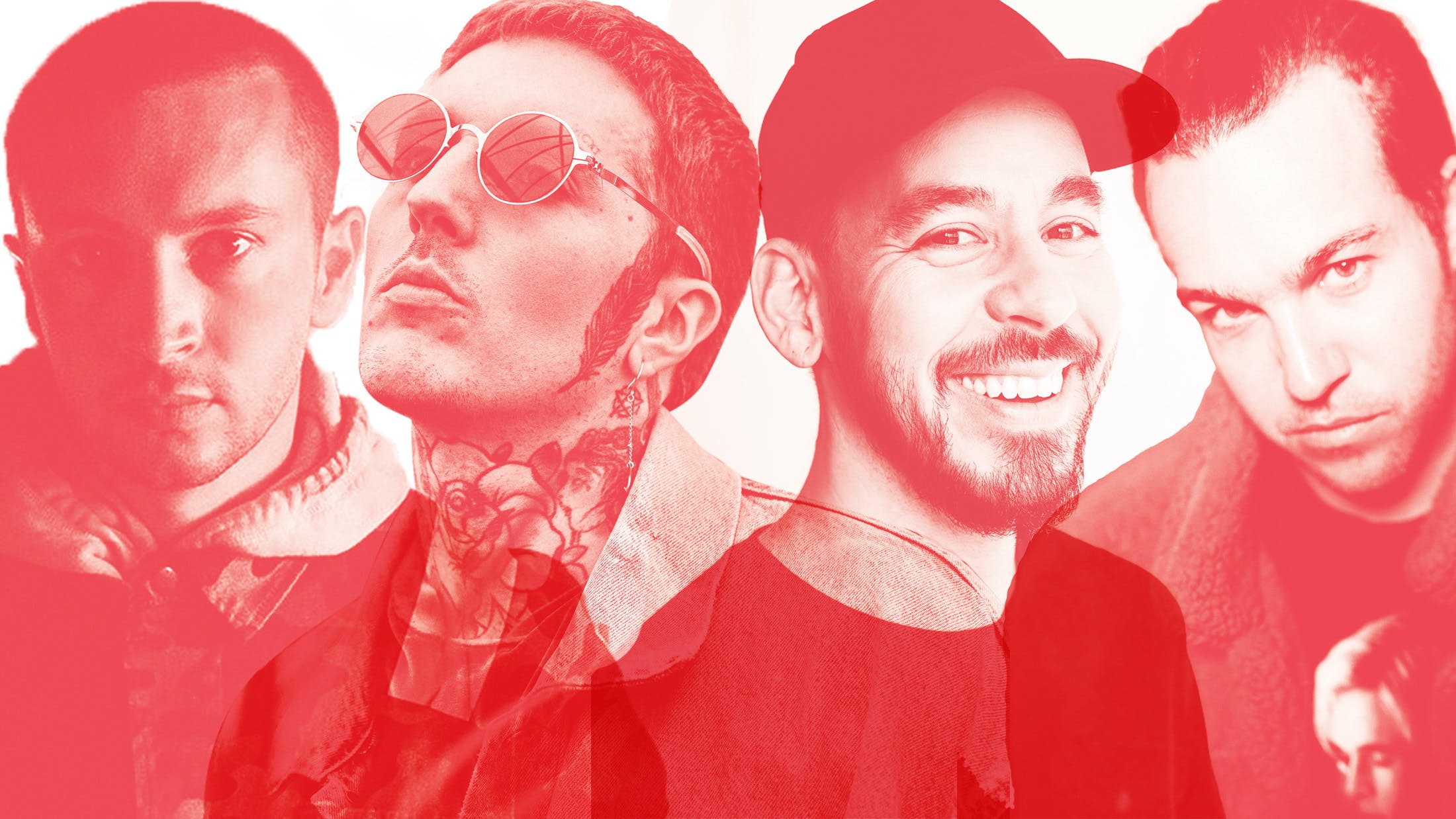 "I don’t think I could name a single album that I could say is the best of 2018, but I’ve loved a lot of tracks individually. The ones that immediately come to mind are Blood // Water by grandson, Baby by Bishop Briggs, You Should See Me In A Crown by Billie Eilish, Grand Paradise by Foxing, Saint Nobody by Jessie Reyez, and Numb by Meg Myers.

"Music has to pass a two-part test with me. Firstly: does it connect with me on that immediate, visceral level that makes me want to listen more than once? Secondly: if a song deserves multiple listens, is it rewarding when I hear it again? Is there a craftsmanship, a care in its creation and a magic hidden inside of it that unlocks when you hear it over and over? Sometimes that second part is harder for younger, less experienced artists. And as I’ve met them in my travels, it’s been super fun for me to be a mentor and a sounding-block for some of them as they grow into whoever they want to be.

“More generally speaking, I think there’s a huge shift in the musical landscape coming soon. I think young people who have grown up listening to nothing but music made on computers are about to start a new wave of artists who play instruments well. Some people will mistake that statement for ‘rock will come back’ or whatever, but that’s not what I mean. There are 13-year-old kids who grew up on trap and EDM, who have never truly seen another young person who is insanely talented at the drums or guitar or piano, and when they see that, it’ll be undeniable. I don’t think it’ll be a young kid looking at an old rock dude onstage. I think it’ll be a super-young kid looking at another super-young kid on Instagram, killing it. And it’ll be infectious.”

Oli Sykes, Bring Me The Horizon

"This is really good. It’s kind of hard to describe, but I guess it’s sort of avant-garde pop. There’s a lot of R&B influence in there, and on a lot of the stuff he does he’ll be singing over orchestral pieces. His voice is absolutely amazing – it’s one of those that just makes you go, ‘Wow!’ I was lucky enough to see him in Berlin when we had a day off recently, and it blew my mind. Serpentwithfeet is probably one of the few artists that I would actually care about seeing live again. because it was so insane. While he was playing, he’d be going out and talking to the crowd about current events and stuff, all the while still singing in this crazy, R&B voice. He’s incredible, his lyrics are amazing, his live show is brilliant, and it’s a sick album.”

"He’s a friend of mine, and he put out a series of things this year that I really loved. I think that he tapped into general anxieties that we all feel every day in a really heartfelt way. He always does it with an interesting visual, so I would say that everything he wrote and recorded this year was my favourite. Ruiner was the thing that I listened to probably more than anything though. I think that he really could be big, but it depends what he decides to do. This year he took those steps, he toured with us, and he tapped into a nostalgia for a certain sound, but at the same time he does it in such a new way. He takes so many different production elements that people haven’t seen being done before. I really believe that if he wants to be, he could be humongous.”

Fatherson – Sum Of All Your Parts

“As soon as I heard their music for the first time, I fell in love straight away. Ross [Leighton]’s voice is incredible, and on this album especially the songwriting has taken a massive leap forward. They’ve got some incredible tunes. I went to see them live in Glasgow earlier this year and the atmosphere was absolutely electric. It was such an incredible show. I’ve had this album on pretty much non-stop ever since that night.”

"This is the best thing I've heard this year. I really, really like Jungle, and they released this song earlier this year before the record came out. Some people think they sound like a poor man’s Jamiroquai, but funnily enough, I think they played at the same time as him at this year’s Coachella. I see what they’re saying, absolutely, because it is disco, but they add that cool, dream-pop, almost Bronski Beat element to it all. And obviously there’s the Bee Gees in there too, which I love. I love this song, but I love everything that they’ve made."

“I’ll let you in on a little-known secret: this is one of the greatest melodic death metal albums ever made. Jam-packed with inventive, explosive riffs and brimming with energy, it’s impossible to listen to Palo without simultaneously headbanging and grinning. Why exactly these guys aren’t huge is a mystery that baffles me. So who exactly are Kalmah? Of course they’re Finnish. Of course they have affiliations with Children Of Bodom. Since 1998, they’ve released eight albums, but it’s safe to say that their latest is most definitely their best. Showcasing the kind of melodies that worm straight through the ear then directly into the heart – soaring, bright, but full of bite, it’s an infectious listen from start to finish. If you like your extreme metal to be dynamic, beautiful and captivating – do not miss out on this absolute blinder of an album.”

“I picked this up recently and I liked it – it’s from the soundtrack [Radiohead frontman] Thom Yorke did for the Suspiria remake. There’s something about Thom in general for me. I think it comes down to the fact that he writes for his voice, and there are certain melodies and harmonies that I love to listen to. It’s always the best fucking trip with him – the best time ever. With music like this, I honestly don’t think you can see the whole picture without a fucking joint, you need it to open up that universe (laughs)!”

“This is probably not going to play well with a Kerrang! audience (laughs), but Superposition is a really great song. I love it so much. The structure is really familiar yet the creative moves they make inside of that are unfamiliar, so when you combine those two different things it’s hugely exciting.

“I rarely feel like, ‘Oh, I wish I’d written that…’ when I hear someone else’s music, but this is one of those occasions. When I heard this I was like, ‘I wish that I’d stumbled across that [idea].’ And when I say that I wish I’d written it, there’s also a few things that I’d change about it, for sure. Like the title for example, because I can never remember it. I also really liked MANTRA [by Bring Me The Horizon] – I think that’s a really cool song.”