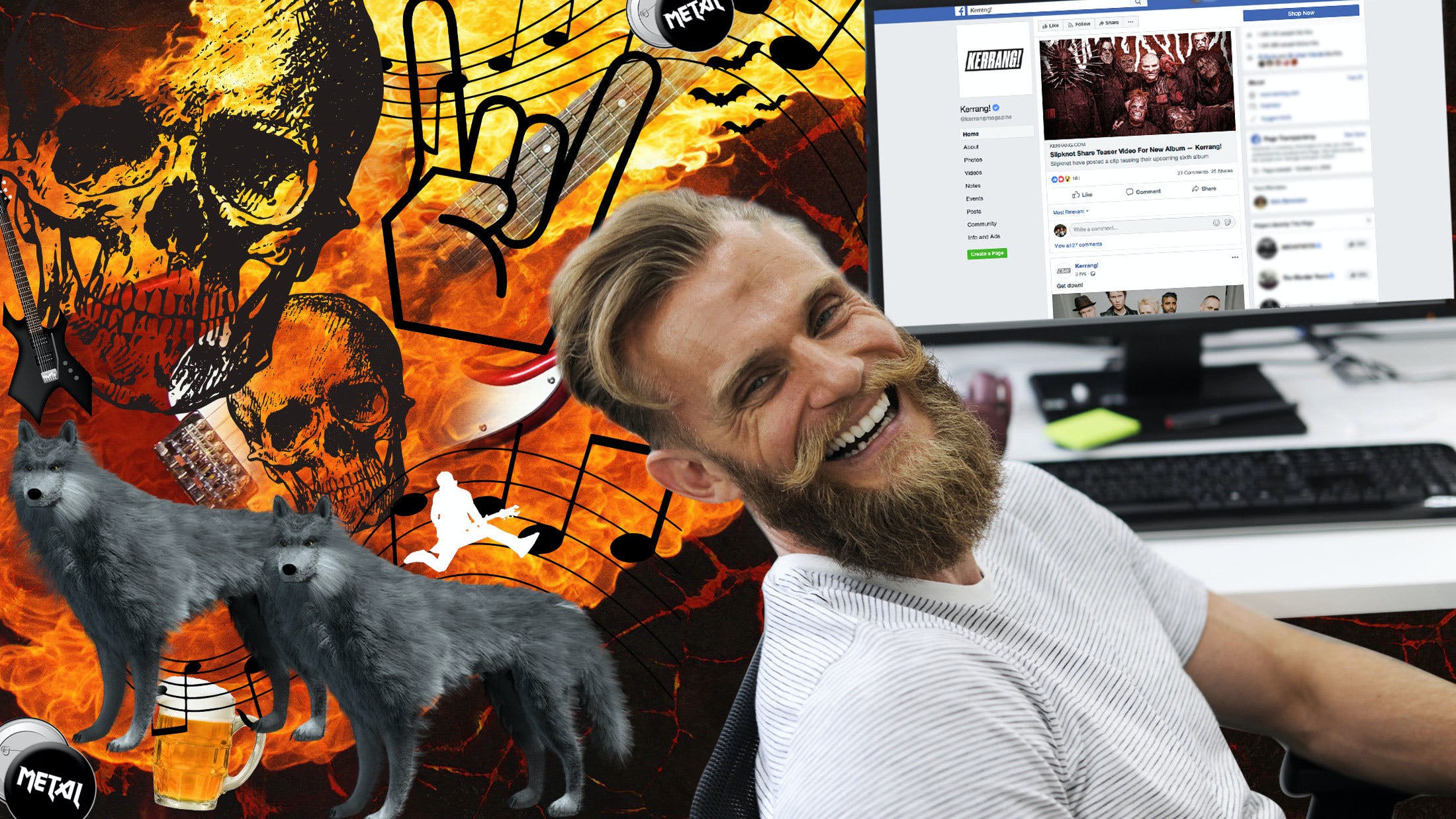 Opinions are like arseholes: everyone’s got one and some are shitter than others. And in this hyper-connected world we live in, you don’t have to look far to find a stranger calling you a gigantic bellend because you dared to pass judgement on something they hold dear. Seriously, try to say something negative about the Avengers (for example) on Twitter and say goodbye to your mentions.

But if you want opinions about music and how much Kerrang! can suck the big one, look no further than our own Facebook page. There are over 1.3 million readers on there, and some of them really don’t like it when we cover the wrong band, say something wrong about the right band, or just show up for work in the morning.

Here are some of the best comments that caught our eye over the past month. Just because we don’t reply on Facebook doesn’t mean we’re not watching… kind of like Big Brother, but with better dress sense and tinnitus.

It might look like this reader suffered some kind of breakdown towards the end the comment, but "brr-brr-deng" is in fact the agreed onomatopoeic spelling for the intro of Dig by Mudvayne. However, their blatant like-baiting didn't yield any results, so we won't be changing our name just yet. Plus, that's too long a title to fit across the top of the print magazine. THINK ABOUT THESE THINGS.

Now we get to the real source of vitriol on the Kerrang! Facebook page, when one writer dared to criticise Static-X's decision to replace Wayne Static with a man in a mask. Of course, where does your mind go when you read a negative opinion on a band? That's right, the writer must want to kiss the band on the lips. To be fair, Chris is a big fan, and probably does want to slap a smooch on Ken Jay.

Chris is taking both barrels now. Not only does he really want to take the band out for dinner, but now he's being a "pussy" about it. Get it together, Chris! Didn't you know that writing your opinion would offend people? You bleedin' millennial. Don't you think about other people's feelings when you write? You idiot… Wait, who's supposed to be the easily offended one here? Either way, let's just blame Chris.

We're still waiting on that Towers Of London comeback album.

Heavy metal is serious business, we'll have you know. Just look at the amount of effort that has gone into this!

Next time you try to convince someone that rock fans are some of the most open-minded music fans in the world, remember this comment. Don't even bother listening to new music, but just make sure you're telling everyone you're not listening to the music. Then you'll look like the coolest kid in town. 'Hey, have you heard about this rock'n'roll superfan? He loves music so much he doesn't even listen to it! What a guy.'

YOU DON'T KNOW ANYTHING ABOUT US YOU'RE NOT OUR REAL DAD.

Although there's actually nine if you add them all together, which is frankly mind-boggling. Although what's more curious is the use of quotes around the word stop, suggesting inverted commas, so we shouldn't stop publishing crappy articles? Right? Good thing we wrote this then. Phew. Nothing like crappy articles!!!!

Yeah, well, you know, that's just, like, your opinion, man.

If you think the content is bad, you should see how many avocados we get through in a week.

This one was in response to Chris (the guy with a crush on all of Static-X) writing about black metal and church burnings. But the problem is, we do know what we're on about. We were the magazine that put Mayhem on the cover when it was all kicking off in the '90s, we uncovered the story of True Norwegian Black Metal and the church burnings, straight from Euronymous' mouth. Hell, our office is even recreated in Lords Of Chaos!

Okay, own up, who has been leaking our content strategy documents? Chris, we're looking at you here. Put that cardboard cutout of Tony Campos down and think about what you've done.