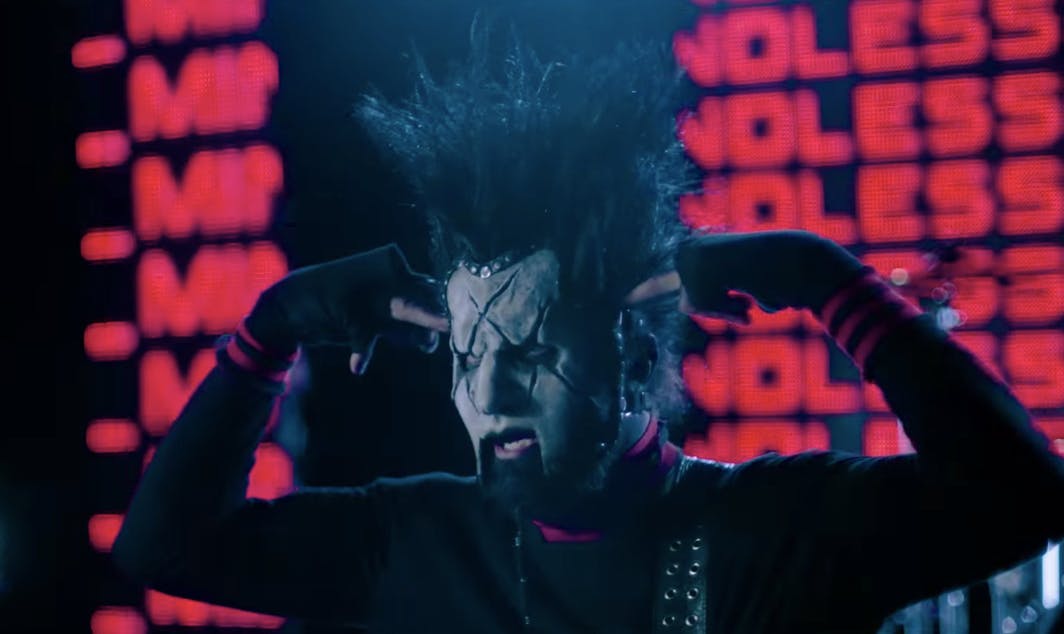 I’ve seen Static-X at least a dozen times, either opening for big names on huge national tours or catching them in high-up slots of festival bills. They were always a blast, the kind of kinetic live set that’ll give the balls of your feet a workout. And while I’ve always been a fan of the band — their driving, industrial-tinged disco metal was some of the most fun music of the nü-metal era, in my opinion — they’re not a band I felt the need to see live every time they toured. So the fact that I’ve managed to catch them more than I’ve seen some of my favorite bands of all time tells me two things: first, that Static-X were a hardworking band who earned their stripes on the road like many of metal’s greats; and second, that the band has a lasting appeal that even purists who turn up their noses at nü-metal can’t deny.

Sowhen the band announced they were getting back together after Wayne Static’s death to tour in tribute to their debut album, Wisconsin Death Trip, I was genuinely stoked to catch them live and bounce around like a goofball to I’m With Stupid and Push It. But when I sawthe band’s singer wearing a creepy mask of Wayne Static himself, I was baffled and seriously bummed out. Before that, the idea of a Static-X reunion tour was a ton of fun…and now it feels gross and in poor taste.

In the band’s favor, the tour itself is a smart idea. Static-X were weathered road dogs, able to hold their own on bills with big-name arena rockers like Disturbed and metal heavyweights like Slayer and Pantera. They always gave their all at every show, whipping fans into a frenzy with their jaunty, grinding rhythms and sing-along choruses. While plenty of bands have announced their attempt to relive their glory days by performing tributes to their most famous albums, not all of them were that fun live in the first place. Static-X, on the other hand, will be a blast to watch, even with a guest vocalist.

Plenty of people have complained that this tour is a cash grab, and hey, there’s probably some truth to that. But isn’t that what all of these tours are about? How long did Black Sabbath’s last tour go on? Why is Slayer’s final tour taking several years to wrap up? Touring is how these guys pay their bills. Of course they’re trying to make some nostalgia bank. And with the 20th anniversary of Wisconsin Death Trip this year, and the nü-metal revival in full swing, it’d be stupid for Static-X not to hit the road.

Like many fans, I was dumbstruck when I saw that the band’s touring vocalist — rumored to be Dope frontman Edsel Dope — revealed in the rerecorded Bled For Days video used in the tour announcement. It would’ve been one thing to just replace Wayne with another vocalist, but it was another entirely to have the vocalist dressed in what appeared to be a Halloween costume of Wayne. We all know that whoever that singer is, it ain’t Wayne Static — why did the band feel the need to dress someone up in a Wayne outfit, right down to his beard? That doesn’t enhance the audience’s experience, it only serves to make them feel uncomfortable.

It’s not just the idea of the mask, either, but the mask itself. It’s as though the designer was told to make it look like someone had peeled off Wayne’s face and worn it themselves Hannibal Lecter-style. Even as a dude who loves Cannibal Corpse, I was grossed out by how tone-deaf this move felt. Horror costumes are all well and good — who doesn’t love something creepy and insane onstage when you’re listening to metal? — but Static-X were never that into horror. And anyway, it’s not like they have the guy wearing any creepy mask, but what appears to be a literal dead skin mask of their late frontman.

Worst of all, this move negates the premise of this tour.In a lengthy follow-up statement, Tony Campos described how this tour was to celebrate the music he made with Wayne and the friendship they shared together. So he’s doing that by…by having someone else wear Wayne’s necrotized face? That doesn’t feel like you’re paying homage to a musician’s legacy, it feels like you’re turning them into a cartoon character.

Meanwhile, Tony’s statement confronts a number of criticisms behind the tour, but at no point addresses the costume, which is the real issue most fans have had on social media. One wonders: are the band that clueless, to think that a) it’s cool to dress your guest vocalist up as your deceased former frontman, and b) that people are bothered by anything else in regards to this tour?

Whether or not the band will have their touring singer wear the Wayne costume onstage, or if it’s just another step leading up to a big reveal, remains to be seen. But even if they show the world who’s fronting the live band now, the whole thing’s been poisoned. All anyone will remember is this bizarre serial killer mask of Wayne Static, and fans will now wonder why they either chose to go forward with it, or, if they choose to abandon it after realizing what a gross move it is, why they used it in the first place. Either way, the focus will now be on this weird new chapter in Static-X’s history and not the awesome music they made with Wayne — which, according to the band, is why they wanted to have this tour in the first place.