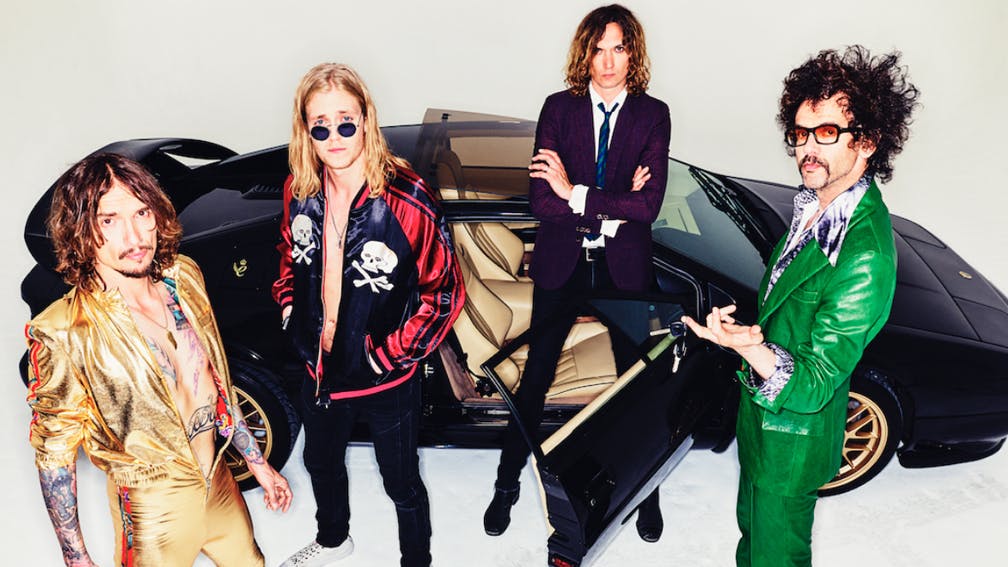 Lowestoft glam-rockers The Darkness and Britrock staples Feeder are going head to head in an upcoming episode of Bargain Hunt.

As part of BBC Music Day on September 26, The Darkness' Justin Hawkins and Frankie Poullain will take on Feeder's Grant Nicholas Taka Hirose at an antiques fair in Stamford Meadows, Lincolnshire.

To the uninitiated, Bargain Hunt pits two teams of amateur collectors against each other at a British antiques fair, competing to find the best bargains in order to make the most profit at auction.

The Darkness and Feeder will be given £300 each and just one hour to find the best items to sell.

“This is the thing that my mother has been dreaming about for years now!” says Justin Hawkins of the upcoming venture into antiquing.

The music special of Bargain Hunt will be broadcast on September 26 at 12:15pm.

There will also be BBC Music Day editions of Pointless Celebrities, The One Show and Countryfile.