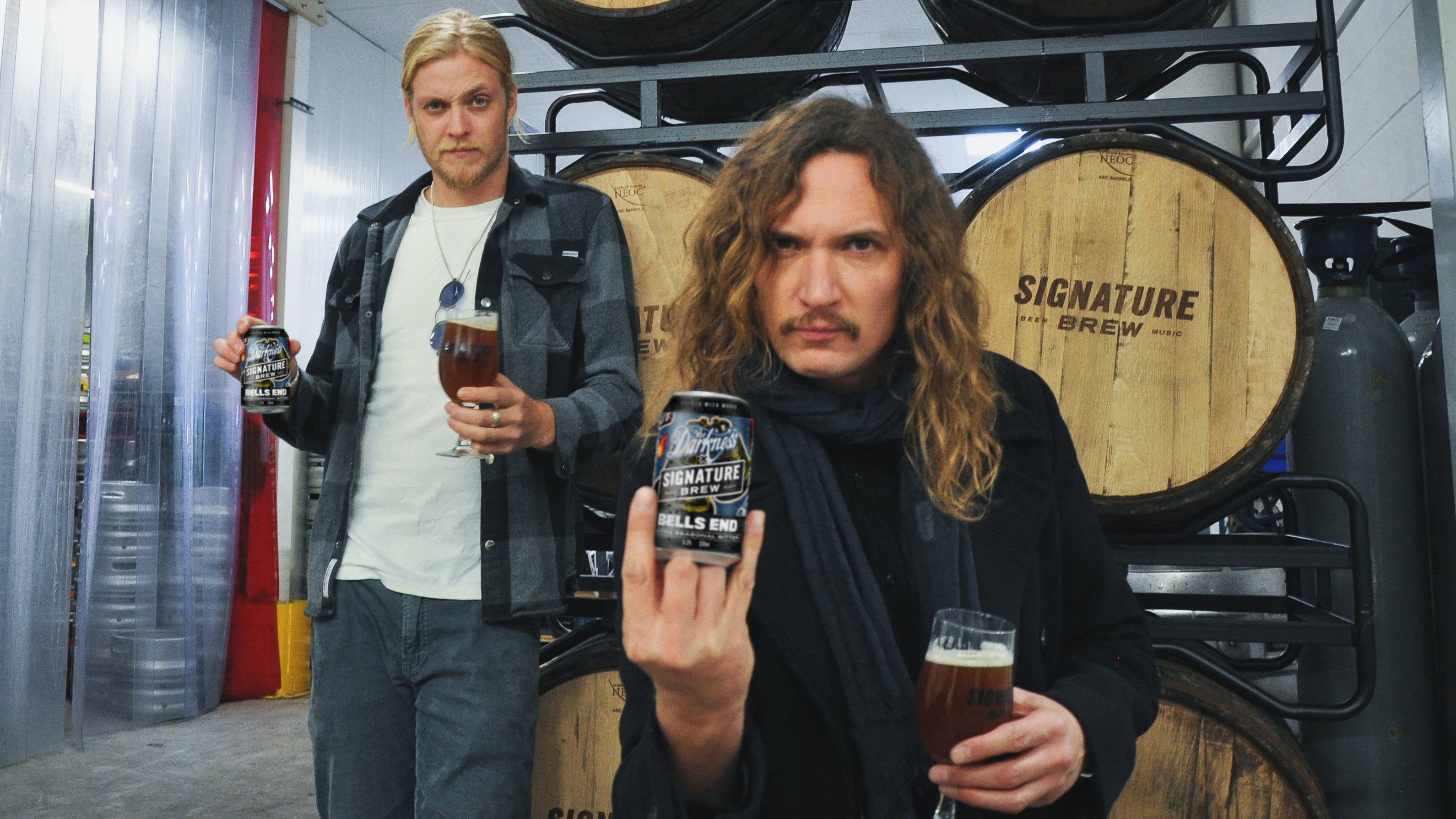 Sick of egg nog? Bored of trying to mull everything in sight? Wish everyone would stop putting cinnamon in everything? Well we've got some good news for your Christmas drinks menu, as The Darkness are releasing their own seasonal bitter!

For the beerheads amongst you out there, Signature Brew say, "On pouring out the brew, you’ll find a clear, deep copper beer with a medium-low carbonation; on the nose is a little stone fruit, toffee and light, earthy hops and you’ll be greeted with wintery and wild, spicy blackcurrant fruitiness and a firm bitterness which balances the complex rich, sweet toffee flavours of the malt."

Sounds good to us.

“The tasting session for Bells End went well, it was a big night and we tried every ale that we could think of," says The Darkness' Dan Hawkins. "We wanted a beer that’s punchy and drinkable at the same time. Signature Brew really know their stuff and captured exactly what we were after. Bells End has got a bit of oomph to it, but it’s something you can drink in the run up to Christmas and throughout the whole season. It’s a very wintery beer, it’s perfect and we can’t wait for everyone to try it.”

Take a look at those tasting sessions in the video below.

“We were really excited to brew with The Darkness, we love their music, and the experience didn’t disappoint," says Signature Brew co-founder Sam McGregor. "The band visited the brewery several times and we collaborated closely with them to find the perfect beer style and the perfect name.

"2020 has been a tough one for everyone. We’ve worked with musicians throughout the year, from our socially-distanced brewery shows to enlisting bands to help deliver our now legendary Pub In A Box. As we approach the end of the year everyone needs a laugh and a tasty beer – and Bells End will definitely satisfy both.”

READ THIS: A deep dive into The Darkness' Christmas Time (Don't Let The Bells End) video