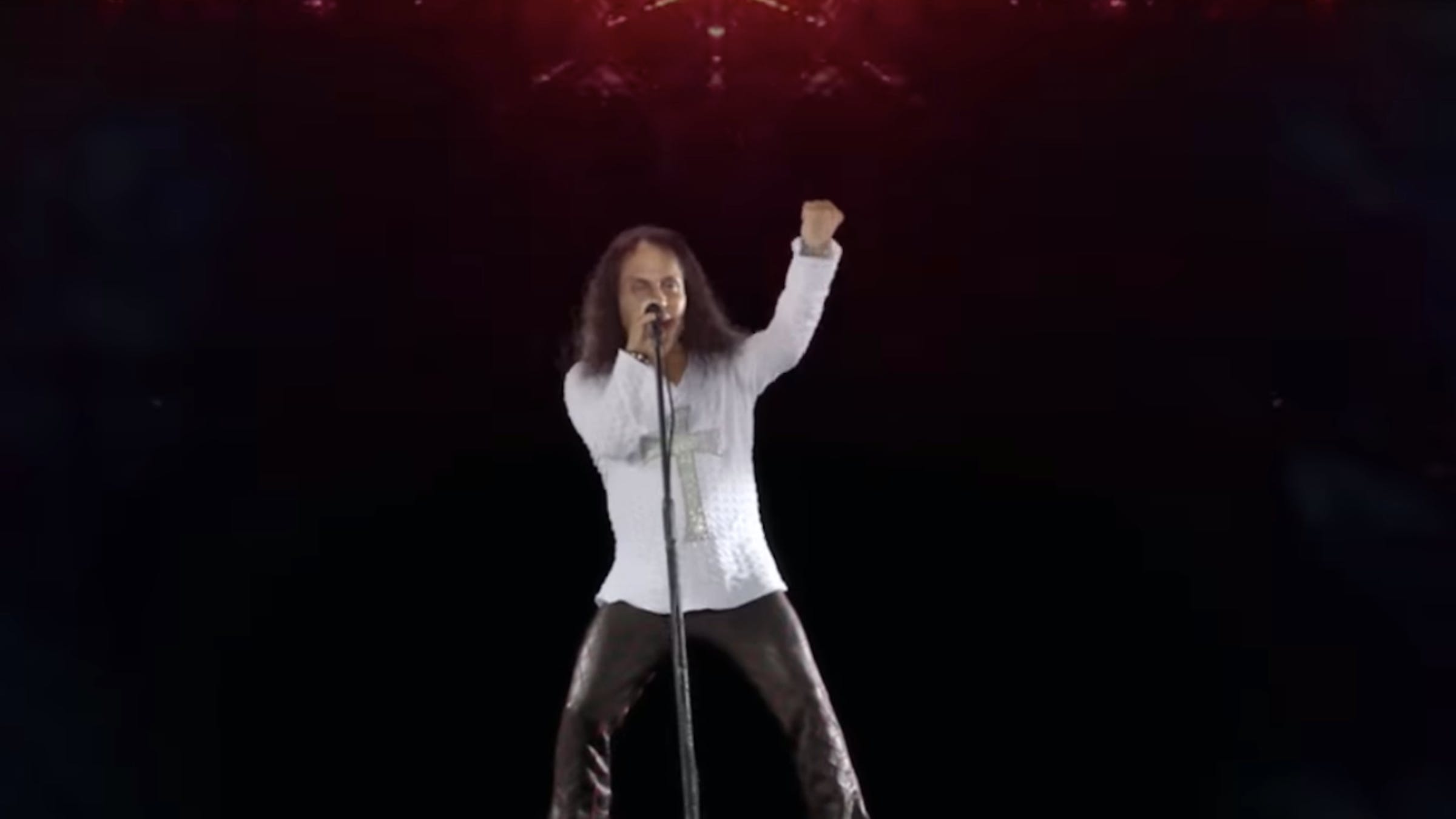 Ronnie James Dio might have been the greatest metal singer that ever lived. This was in part because of his booming, operatic voice, which sounded as large and dramatic as heavy metal itself. But more than that, Dio was one of us, a diehard lover and supporter of heavy music who understood the very real emotions behind all the darkness and the fantasy embodied in it. He was maybe the only singer who could belt refrains about lightning tigers, blaring city lights, and night people, and make them sound like he knew exactly what we were going through.

Sadly, Ronnie died in 2010, but his legacy lives on in his music and its influence...which is why the recently-announced tour of the Dio hologram feels like a fucking travesty. Creepy, freakish, and totally unnecessary, the Dio hologram is a cartoon cash-grab that entertains the unhealthiest aspects of rock nostalgia, and it needs to just stop.

What was most special about Ronnie James Dio was his humanity. The recurring themes in his music were feeling like an outcast, doing what he felt was right despite the odds, and finding solidarity in a community of like-minded individuals. That he often framed this with monsters, magic, and rainbows felt somehow honest -- Dio understood that all of these things were just metaphors for the harsh realities of the world, paths to understanding actual emotions that just happened to be a little more fun to look at on an album cover.

Along those lines, what made Dio especially cool was that he was, well, not very cool. Dio was short, wore flowy pirate shirts, and sang about dragons. He never tried to be tough or extreme or sexy; he was confident in his own brand of elaborate, old-school metal. Even with his coined stage moves and Tolkienish imagery, there was something to Dio that was timelessly powerful and unpredictable. That he remained true to himself until the day he died made his passing all the more poetic -- Dio stood for something. He was a symbol, a legacy, and dream metalheads could share.

Above: Look at this fucking thing.

A hologram isn’t even a symbol. A hologram is a ghost running on a track, a puppet whose strings are all the more visible because you can’t see them. It’s devoid of all of the magic and drama in Dio’s music, because its smooth movements and obvious digital origins -- made painfully apparent when displayed on stage next to living musicians -- broadcast it’s lack of humanity. It’s not even a part of Dio; they didn’t use revolutionary technology to download Ronnie’s consciousness and send him to San Junipero. They just made a CGI caricature and put it onstage next to Tim “Ripper” Owens in order to sell tickets to nostalgic dads who can’t deal with death.

It feels especially gross that the hologram's tour is being heralded as "Dio Returns." Dio hasn’t returned, because he’s dead. Why not let him be dead? Death is heartbreaking, sure -- it’s always sad when one of your icons dies, and we should mourn their passing by celebrating their art -- but is the answer to cart around the deceased's image performing over a recorded track? Why not have another vocalist pay homage to him, or just show old live footage of him in the background? At least then we’d be honoring the output of an actual artist, and not applauding this approximation.

Here's another question: why Dio? There doesn’t seem to be a hard push for holograms of Randy Rhoads, or Cliff Burton, or even Lemmy. Why do they get to rest in peace, but not RJD? The answer seems to be that the very thing which endeared Dio to so many metalheads -- that ability to recognize fantasy for what it was, and to be so earnest that it’s no longer cheesy -- was ignored by the folks who approved this. They saw a bunch of stage moves and catchphrases they could recreate, and figured that was Dio. But they forgot the very real heart that was tangible in even the most ridiculous things Dio did. They never saw past the cartoon, so they figured they could just draw one, and it'd be enough.

There’s a statistical anomaly called the Uncanny Valley, which basically shows that the more something looks like a human, the more people like it...until the subject looks almost human, but definitely isn’t. At that point, it evokes disgust, reminding the viewer of a corpse. That’s the Dio hologram right there: an attempt at mimicking the trappings of humanity without ever fully understanding it, that at the end of the day just leaves a bad taste in your mouth. If you want to pay tribute to Ronnie’s legacy, put on a Dio record, or a latter-day Sabbath album. Play the Holy Diver video and inudlge in some air guitar in front of a mirror. Have fun, and appreciate the music music. At least then you’ll be experiencing a human truth, instead of paying money to see a grotesque lie.