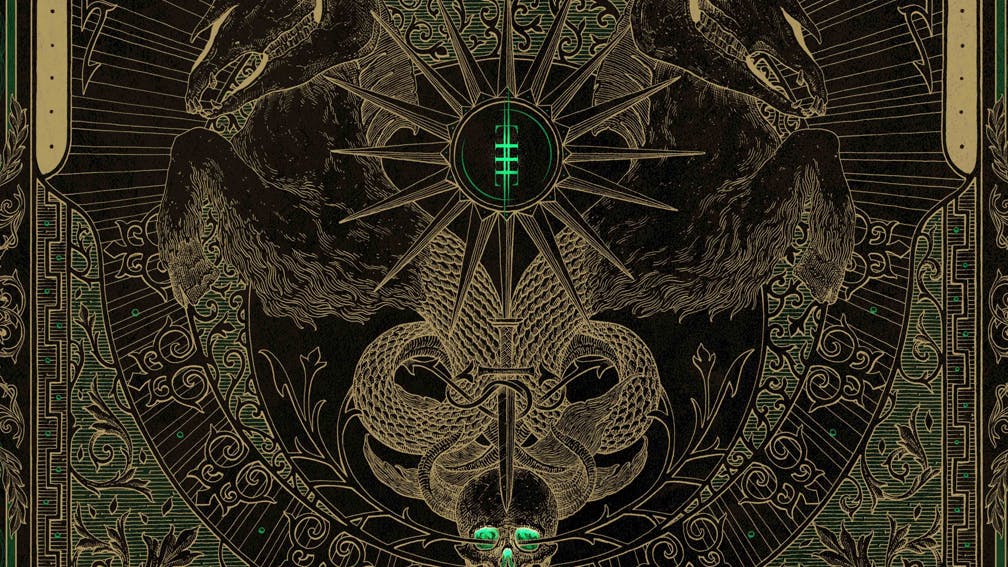 Comprised of four ex-members of In Flames, and with Dark Tranquillity’s Mikael Stanne on vocal duties, The Halo Effect are something of a Swedish supergroup. The five-piece’s debut album, Days Of The Lost, hearkens back to the early, 1990s Lunar Strain era of In Flames, when the band were at the height of melodic death metal popularity.

Despite pulling from a collective pool of incredibly well known influences, The Halo Effect’s overall sound is uniquely their own. Sprinkling in some NWOBHM-style lead guitars, alongside some more contemporary crossover elements, the band have ensured their sound stays relevant while still sticking firmly to their roots and playing what they know best. The melodies are intricate, cascading alongside percussion that creates an explosive impact. Mikael's vocals sound effortless, whether growled or cleanly sung, they flow seamlessly into each song. Standout track, Last Of Our Kind, incorporates bursts of cello and violin to add an air of grandiosity to a song that is propulsive and ferocious in every other aspect.

Days Of The Lost serves as a reminder of what makes Swedish melodic death metal so great. As easy as it would be for The Halo Effect to lean heavily on the weight of their reputation to make this album a success, it's the outstanding musical talent and skilful writing which makes them stand out.

For fans left feeling alienated by In Flames’ gradual shift towards alternative rock, The Halo Effect deliver what listeners of melo-death have been missing, and then some.

For fans of: In Flames, Dark Tranquility, At The Gates

Megadeth, Lamb Of God, Trivium and In Flames announce rescheduled Metal Tour Of The Year

The Metal Tour Of The Year – featuring Megadeth, Lamb Of God, Trivium and In Flames – is finally arriving in a few months' time…

In Flames: An Oral History Of Clayman

Megadeth, Lamb Of God, Trivium And In Flames' Metal Tour Of The Year Rescheduled To 2021

The Metal Tour Of The Year – featuring Megadeth, Lamb Of God, Trivium and In Flames – is coming in 2021.

Trivium and In Flames will open for Megadeth and Lamb Of God on their massive North American co-headliner.

At The Gates, Opeth, Of Mice & Men and more perform In Flames' own festival, Borgholm Brinner.