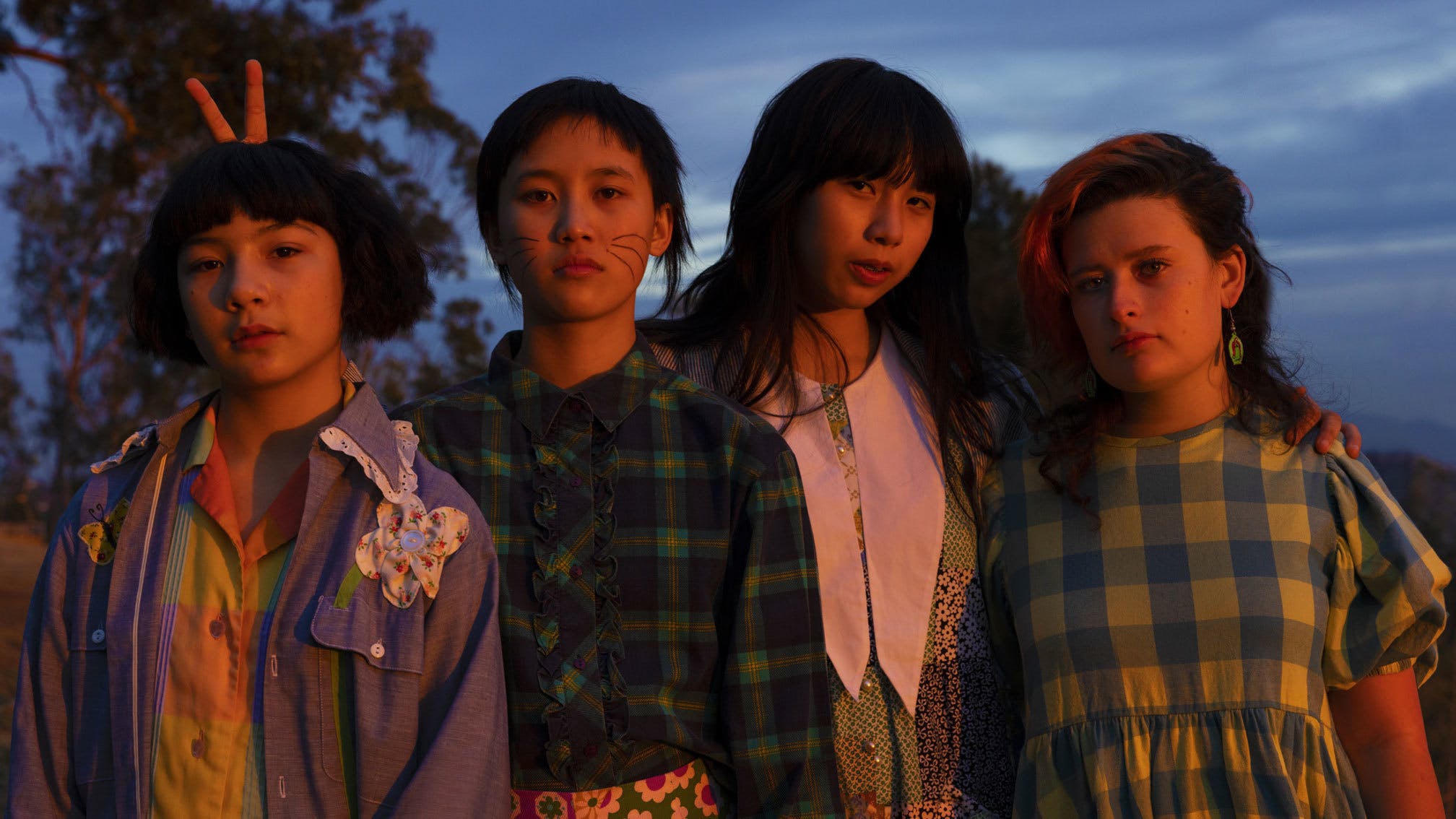 Following the release of the title-track to their upcoming album Growing Up, The Linda Lindas have shared another awesome new single and video, Talking To Myself.

“The song is about the spiral you go into when you're lonely,” explains Lucia de la Garza. “You start to question yourself and all the decisions you've made. I'm always looking back on conversations and going, 'Oh, I should have said this, I should have said that". But it's also about needing other people, not just for reassurance, but because we've all learned from the pandemic that you need other people to talk to in order to stay sane.”

Discussing the accompanying video – which is inspired by the Twilight Zone episode Living Doll – Lucia continues: “Originally, the concept for the video was we would hold up puppets and we would play around with those. Later, we sort of got inspiration from the Twilight Zone's Talky Tina [from the Living Doll episode], and we wanted to do something a little darker. That's why it's in black and white. A lot of it is shot at our house and in our backyard, and it was just really fun to make and storyboard with the Mind Palace.”

Growing Up is due out digitally on April 8 and physically on June 3 via Epitaph.

Watch the video for Talking To Myself now:

Catch The Linda Lindas live at the following upcoming dates:

The Linda Lindas have announced their first-ever UK show

Following the release of their ace debut album Growing Up, The Linda Lindas are heading to London…

The Linda Lindas: “Whatever you have to say, you should say and be proud of it”

They might not be old enough to get into some venues, but LA punks The Linda Lindas are putting the scene on notice. After last year’s viral smash Racist, Sexist Boy got them picked up by Epitaph, with a fiery cocktail of tenacity and teen spirit, these ferocious young women are ready to take on the world...

Watch the new video for Growing Up, the latest single – and title-track – from The Linda Lindas’ upcoming debut…