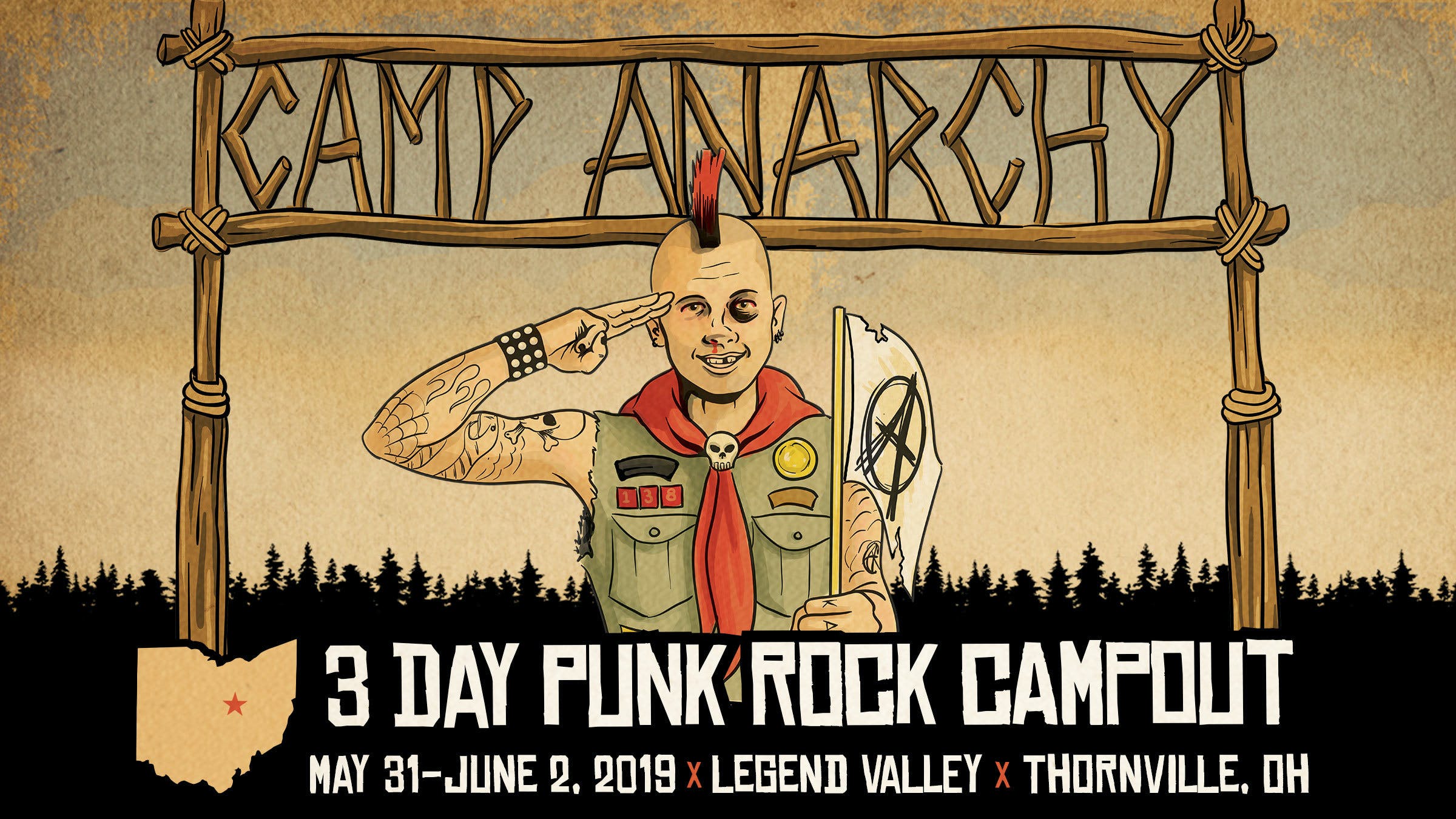 The three-day camping bash will be taking place just outside of Columbus, Ohio at Legend Valley next year, and will feature a whole host of massive names: from The Offspring to Rancid, NOFX, Bad Religion, Pennywise, X, Suicidal Tendencies, Less Than Jake, Fear and more.

“Super stoked to be taking part in the first ever Camp Anarchy music and camping fest next year!!!" says Pennywise's Fletcher Dragge. "Looks like Legend Valley will become ground zero for some serious punk rock debauchery and musical mayhem. The Offspring, Rancid, NOFX, Bad Religion, Pennywise, X, Suicidal Tendencies, Less Than Jake, Fear? What the f*ck? Does the line-up get better? Craft beer tastings, shit to buy, shit to eat, booze to drink, and camping chaos till all hours? There is no question that this is gonna be a f*cking crazy good three days!!! Not to mention, this will be NOFX's first performance in America in over a year… who the f*ck is gonna miss that shit?! I’m not!! See you in the pit f*ckers! That’s where I’ll be!!”

The line-up (and schedule) for Camp Anarchy so far is as follows:

Friday, May 31
The Offspring, X, Fear, Sick Of It All, Strung Out, and Death By Stereo

Plus, not only will there be a ton of killer performances, Camp Anarchy is also set to feature craft beer tastings, a dodgeball arena, fair games and Flea’s Market Vendor Village!

Tickets – both general admission and VIP packages – will go on sale this Friday, December 14, at 10am PST. Head on over to CampAnarchyFest.com for more info.