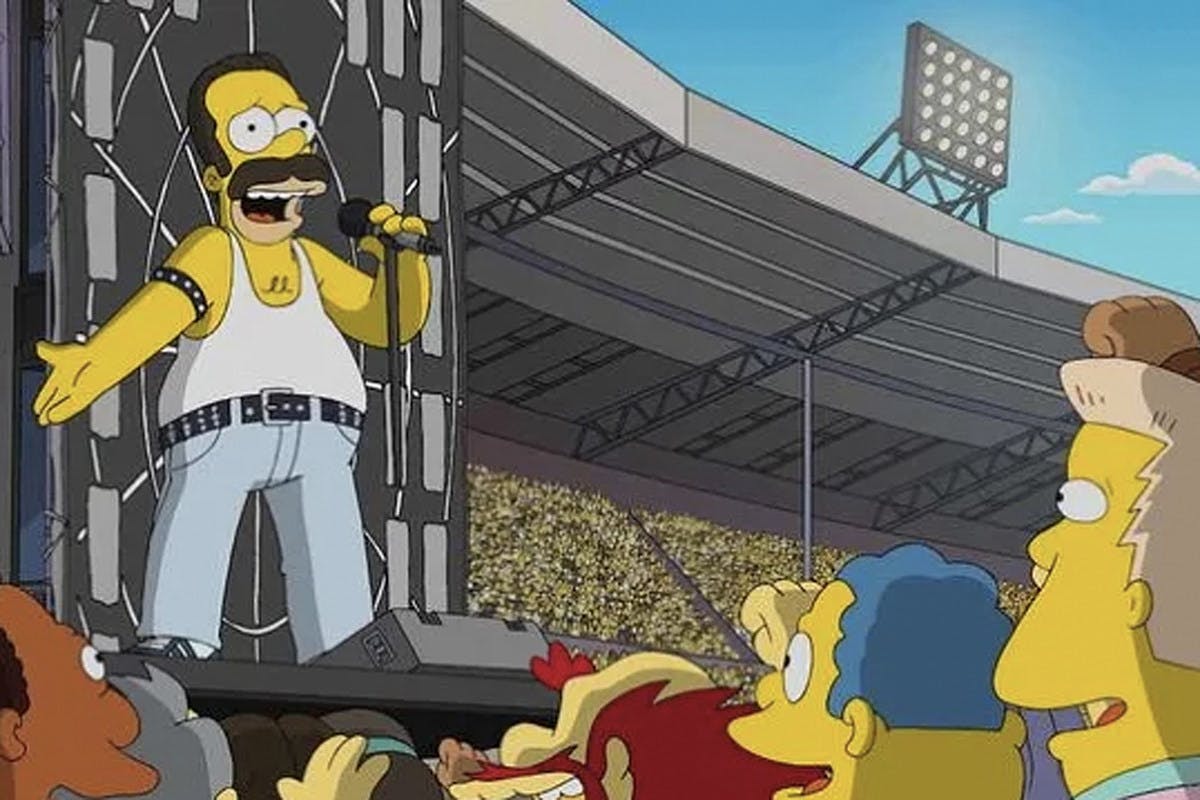 The Simpsons has had some of the world’s most famous musicians appear in its episodes. Famous rock who have made cameos on the long-running cartoon series include Green Day, Metallica, three of The Beatles, Aerosmith, the Smashing Pumpkins, Sonic Youth and Spinal Tap.

Pretty impressive, really. Now, with the classic animated series having just returned for its 31st(!!!) season, it’s added one more classic band to its CV – Queen.

The latest episode of the new series, which aired in the U.S. on Fox last night, saw the cartoon recreate Queen’s legendary performance at Live Aid from all the way in 1985.

That set featured the British band play a six song set - Bohemian Rhapsody, Radio Ga Ga, Hammer To Fall, Crazy Little Thing Called Love, We Will Rock You and We Are the Champions – to a crowd of over 70,000 people.

READ THIS: The 12 best rock cameos in The Simpsons

That performance was also recreated for last year’s Queen biopic, Bohemian Rhapsody, but – as impressive as that was – it can’t really compare to watching Homer Simpson dressed up like Freddie Mercury and shaking his beer belly onstage while running through those same hits.

Of course, The Simpsons doesn’t recreate the whole 17 minute set – imagine that! - but it’s a pretty awesome thing to watch. And Queen guitarist Brian May clearly agrees – he posted on Instagram about it the day before the episode aired.

Interestingly, it’s not the first time that Homer has assumed the role of the late singer on the show. In its second season, Homer sang a version of We Are The Champions after he caught a giant fish. He did so again, albeit drunkenly and with the help of some friends, after winning a baseball match, and in season 18 he sings We Will Rock You alongside Lenny and Carl.