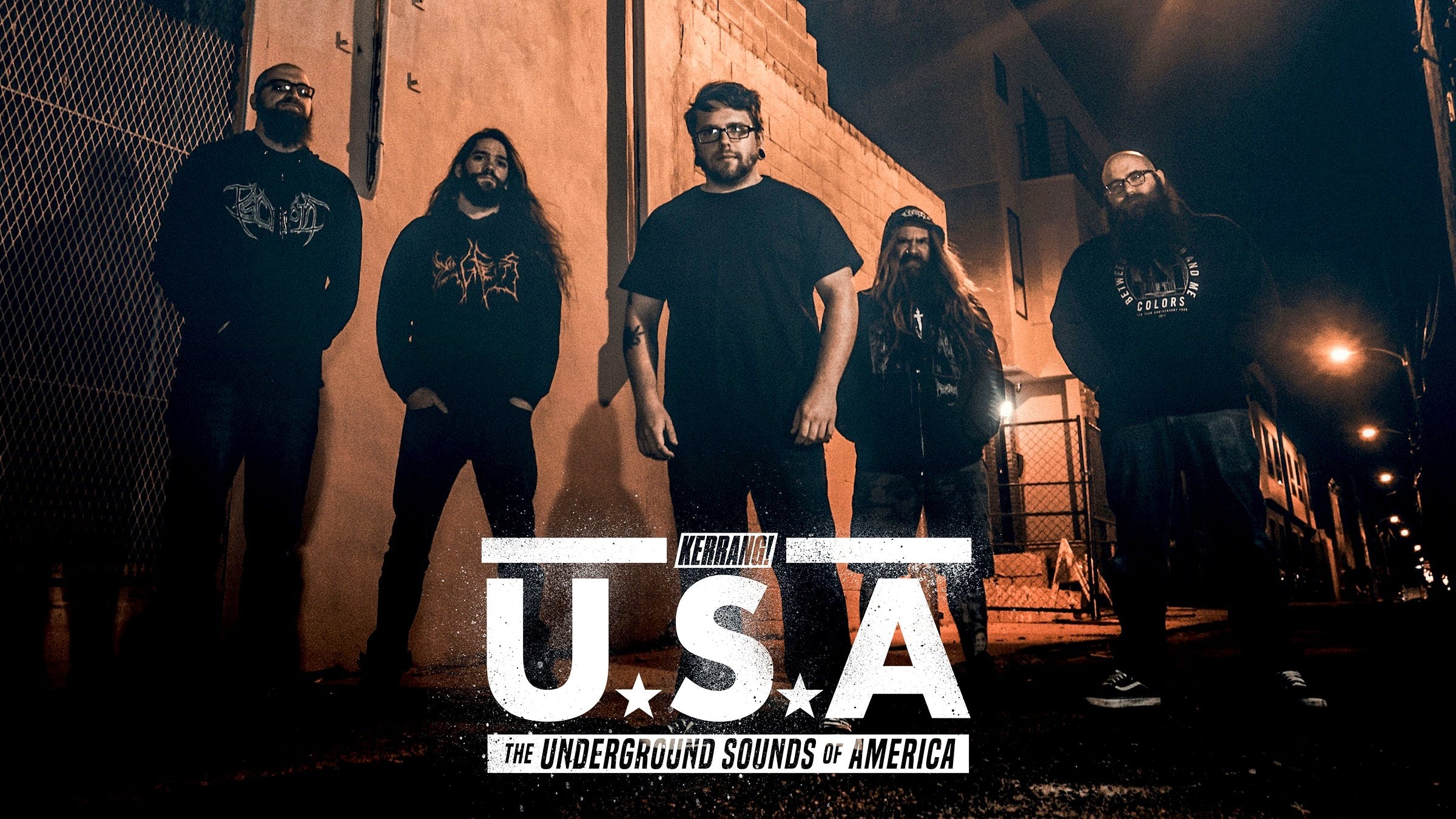 Cognitive are having a busy year. Since playing NY Deathfest and appearing in last month’s States of Metal profile on their ancestral homeland of New Jersey, this technical death metal five-piece have wrapped up their first European tour and begun promoting their blistering third studio album, Matricide. One wouldn’t be surprised if, once their album’s out, the dudes in Cognitive allowed themselves a quick break from musical brutality.

“All I have is death metal and video games,” laughs founding guitarist Rob Wharton. “Even when I’m at home, I’m trying to help people out--I want to book that band’s show, or help this guy get a good interview. I book tours, I help manage bands--I try and do as much as I can to help, because I know what it was like when we first started out, thinking, ‘Oh, yeah, we’ll drive to Wisconsin for fifty bucks!’”

One spin of the new album will show anyone that Cognitive’s dedication to death metal has paid off. Matricide is a furious slab of heartfelt rage, showcasing both the band’s signature speed and technicality while incorporating new levels of melody and emotion that will draw in fresh listeners and impress those who have followed Cognitive since the beginning.

For Rob, the band’s recent trek through Europe was a wake-up call as to just how powerful Cognitive’s music could be.

“So many people came up to us and said, ‘Dude, I came here to see you…’ And some of them even had our CDs already. People knew the lyrics there! That’s even cool in America, where we tour, but when you’re over there, and there’s someone who’s loved you so much as to learn the….There was a moment when we played Iceland where I thought, ‘Dude, we’re just some guys from South Jersey, forty minutes from Atlantic City, and now we’re over in Europe playing our music for people who are excited about it.’ That’s pretty fucking amazing.”

Excited to see them thrive, we reached out to Cognitive to find out more about the guys behind the whirlwind of harrowing blastbeats.

1) Who or what are Cognitive’s five greatest musical influences?

It’s weird, because I grew up listening to Metallica and stuff. But when I got into death metal, I was still listening to Relapse bands like Dillinger Escape Plan and Candiria. And those bands offered something different, and I always felt that Ion Dissonance never got enough credit for it.

2) If you had to play one Cognitive song as an introduction to someone who has never heard the band, what would it be?

I’d probably go with Fragmented Perception off the new album. I think it’s got everything that we like to do in songs--it has odd time signatures, weird syncopated Meshuggah grooves, it’s got a lot of slam but also a melodic guitar solo at the end, over a melodic part. I think it just displays everything we do. We have plenty of songs geared toward just sheer brutality, but I think this is a good take on what we do in terms of music.

3) How has Cognitive’s sound evolved between the release of 2016’s Deformity and the new album?

The obvious thing is that we have different band members. But I think as far as writing, our other guitar player got much more involved in writing this record. Our drummer was very determined to take things a different way than what we normally do. And me, too--as I grow older, I want to make sure I’m writing some good, cohesive songs. I don’t just want to write songs because they’re technical, or because they’re fast. I’ve gotten to that age where I’m like, “It’s all about the songwriting, dude!” I think the new album is the most mature stuff we’ve done. It’s just more well thought-out, with more time put into it. A lot of personal stuff went into it, and I think it came out well.

4) You have a new vocalist, Shane Jost. What did he bring to the table?

It’s funny, because Shane listens to a lot of deathcore, but his pronunciation, the way he takes care of his throat, it was all fantastic. He was really flexible--you could say, “Hey, you wanna try that one again?” and he’d say, “Okay!” I hate to say it, but I think he has the most to prove on this record, and he’s going to surprise a lot of people.

5) We like to ask bands with emo influences about the most emo thing they do on the regular. For you, I wanted to ask: what’s the most slam thing you do?

I listen to a lot of rap. SO much rap. And I wear basketball shorts and camo pants, all the time.

New Jersey may get a bad rap, but the state is responsible for some of the best heavy music to ever come out of the United States.