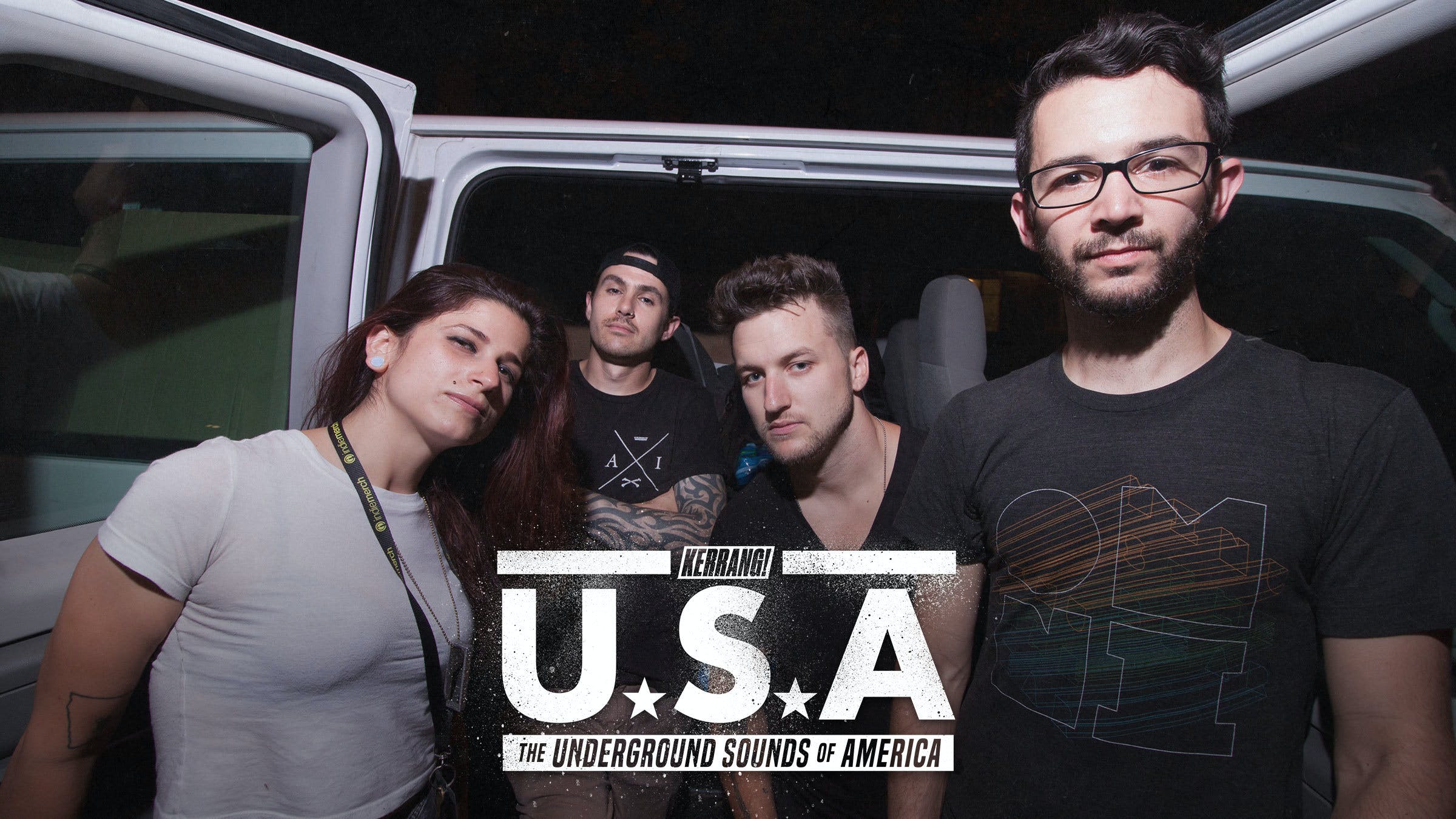 If hearing a band stick to a tried-and-true formula makes you angry, then Entheos is the band for you. Using a mixture of progressive metal, death metal, djent, and even a little synthwave and industrial, the Santa Cruz, California-based quartet creates a form of metal that will jostle complacent old heads and delight eccentric headbangers raised on acts like Cynic and Meshuggah. As such, the band has become a darling of the tech-metal underground, heir freakish energy and tireless rhythms exuding a sense of diehard musicianship.

That Entheos features former members of Animals As Leaders and Scale The Summit will surprise no one, and yet their frantic pace quickly outruns either of those bands, displaying a distaste for empty space and wasted time. At the same time, their 2017 album Dark Future is also full of dulcet and thoughtful moments that create an interesting juxtaposition next to the band’s neverending bounce and blast.

Balancing those two sides of one’s sound could be tough for some bands, but Entheos do so using one important rule: don’t limit yourself.

“I can’t say that we’ve ever looked at how ‘brutal’ or ‘metal’ we are as being a primary emphasis of writing music in this band,” says vocalist Chaney Crabb. “In fact, we don’t put many restrictions on what genre we’re adhering to. I think that comes off fairly obviously in other parts of our music, outside of the electronic passages. Our music definitely has its heavy moments, but it isn't a constant. Our main concern in writing is always the song in itself -- what sounds right, and how everything works in a cohesive, dynamic way. The only time we pull things back with any instrument or layer is if we feel it doesn't work well within a certain context.”

The band won’t be alone on their upcoming Kerrang!-sponsored North American tour with Rivers Of Nihil, Conjurer, and Wolf King, all of whom bring unique takes on traditional metal genres. But Entheos will certainly be the most technically mad band in attendance, to the point where one can’t help but wonder how the Hell they create such double-jointed bangers.

“Our songwriting process generally begins with a chord progression or a riff,” says Chaney. “From there, parts of a song will begin to take structure until a few minutes of material have come together to form a full demo of a song. Once we have that, the entire band will begin to work on our own individual parts.”

As we get limber in preparation for Entheos live set, we spoke to Chaney about what keeps the gears of such a brutal music machine running so smoothly.

1. If you had to play a newcomer one Entheos song to introduce them to the band, what would it be and why?

It would depend on the person and their taste, really. Most of the time I would go with The World Without Us. It’s one of my personal favorites. I think that it captures a lot of our style in a nice four-minute package.

My influences often vary by who I'm listening to at the time -- it’s hard for me to nail down an incredibly specific top five because I find inspiration quite often in different music. This list would have been a bit different if you’d asked me ten, or really even five years ago. Some musicians or bands have a certain voice or instrumental style that I take with me, some write incredible lyrics, and others have a certain vibe. Five people who’s work I’ve admired for a long time and often return to for various reasons are Karin Dreijer (The Knife, Fever Ray), JB Dunckel and Nicolas Godin (Air), Anthony Green (Circa Survive, Saosin, TSOAF), Jeremy Bolm (Touche Amore) and Dave Gahan and Martin Gore (Depeche Mode). Lately I’ve been listening to a ton of Drab Majesty, King Crimson and The Ocean, which have all definitely rubbed off on me.

3. Has being from Santa Cruz informed Entheos' music? If so, how?

I wouldn’t lend any certain aspect of our music to Santa Cruz, other than there being beautiful places to write. More so, I think that being from Des Moines and having lived in Santa Cruz for the past 8 years of my life has contributed to a certain sense of longing within the lyrics that I write. The experience of ‘watching’ family and friends live and die 1800 miles from where I am has had a great effect on me and on the way that I perceive and experience life. Every time I visit I feel as if so much has changed - I always find myself inspired to write surrounding trips there.

4. What hobby are you most passionate about, outside of music?

5. You're about to head out on tour with Rivers Of Nihil -- what should new fans expect from an Entheos live show?

Expect to see four people on stage doing what they love the most.

Make sure to catch the band live on Rivers Of Nihil's upcoming tour at one of the dates below:

Prepare for a tech-death brain-melt in tomorrow's stream of Entheos' twisted live set at Saint Vitus Bar in Brooklyn.