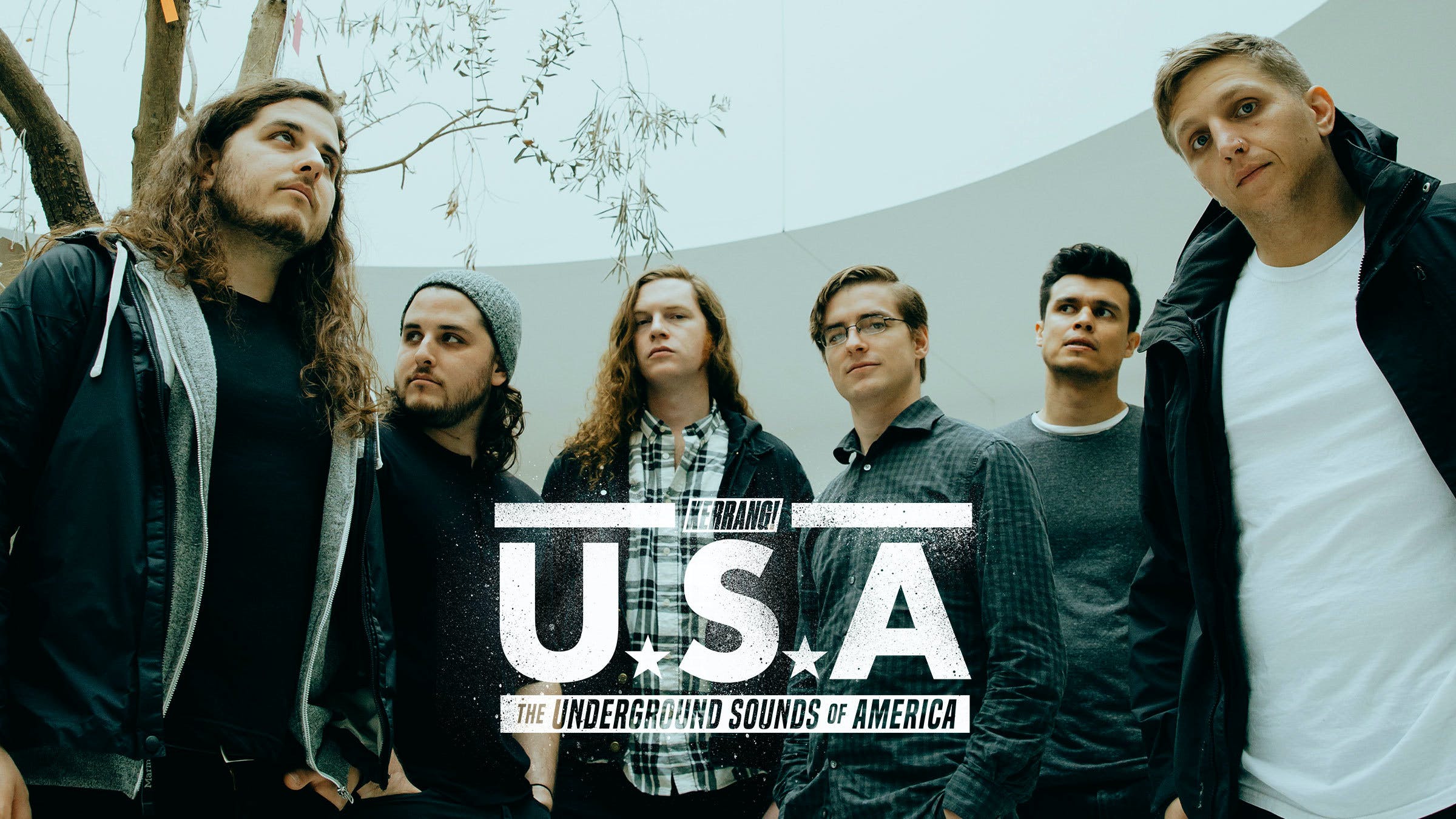 Years of hard work leave some bands grizzled and narrow-minded; for The Contortionist, the result has been only nuance and grace. Though they started as a more traditional progressive death metal band, the Indianapolis-bred sextet slowly developed their sound, sanding down their typically-brutal edges and putting more thought into their spacier, adventurous keyboard-driven moments. All of this led to this year’s upcoming Our Bones EP, a gorgeously sleek collection of tracks that feel like a culmination of the band’s journey thus far.

“The new EP is definitely a statement of progress,” says keyboardist Eric Guenther. “We like to view each record as a challenge to make a bold change to our sound but with deep consideration of our past. Honestly, we would be disappointed in ourselves if a new recording didn’t evolve our sound in some way, and we always are writing with this in mind. As far as our identity, evolution has become a necessity, but it still remains tough to qualify exactly how until we step back from it and allow it to have it’s own ‘life’ after release. If I were to attempt to describe how it differs, I would say that there is more clarity in purpose and direct songwriting, whereas Clairvoyant took on a more cerebral and mood-oriented tone. Our Bones leaves you without any doubt that you just got punched in the face; Clairvoyant was more of a projected universe that you get consumed by and return to for introspection.”

The first single from Our Bones comes in the form of Early Graves, a spooky yet earnest track for which the band has premiered a thoughtful video. The imagery therein -- of a woman crying over a hastily-scrawled letter; of the band playing the woods; of vocalist Michael Lessard being grabbed by phantom hands in a grave -- is exciting and dramatic. Perhaps even more so is the dedication at the beginning of the video: ‘We dedicate this to everyone who has shared their story with us.’ Not your typical opening title card for a prog-metal video.

“Mike had the idea to dedicate Early Grave to all the fans that had shared personal stories with the band over the years, often at shows or the band’s VIP meet and greets,” says Eric. “I think we found it moving in some way, because fans were often excited to share ways in which the music had gained meaning for them through personal experience and how it helped them through a tough time in their life. The song itself has a rather dark subject matter, and the fact that our music could resonate positively for the fans was a meaningful realization.”

To better understand the course of the band's evolution, we reached out to The Contortionist to find out exactly what bent and shaped them into the force they are today.

1) If you had to play a newcomer one track to introduce them to The Contortionist, what would it be?

I would offer the title track from our last record, Clairvoyant, just because it reflects so many facets of the band’s sound. Part of our band’s identity is defined by dynamics in mood and intensity. That song seems to cover a lot of artistic ground for us, even though there are tracks that are more direct, like Reimagined from the same record, or Early Grave from the new EP, tracks that are more moody or theatric like Absolve and The Center, and certainly tracks that are much heavier and technical from earlier albums. Having said that, Clairvoyant seems to be the singular best example of all the colors of The Contortionist.

2) Who would you say are The Contortionist’s five biggest musical influences?

Collectively, we have a vast range of influences that go from classical to county to jazz, and of course rock, particularly progressive metal and 90s rock, but as far as the influences that cross over into our work as The Contortionist, I’ll try to boil it down to the artists that we all tend to get psyched on together, and that, to me, are fairly apparent influences in our recordings. I’ll say Deftones, Between The Buried And Me, Radiohead, Brian Eno, and, predictably, the almighty Meshuggah.

3) Who would be on The Contortionist’s dream tour?

I could easily answer this with any of the bands above, and we have had the pleasure of playing with a couple in some form, most notably being BTBAM, who we have done many tours with as well as recorded with their producer Jamie King, which was a formative and developmental experience in itself. But, a ‘dream tour’? Let’s go with Pink Floyd from 1974, Radiohead from 2001, Tool from 2001 (or truly any time period), Alice in Chains from 1993, King Crimson from the 70s… The list could go on forever. As far as bands more relevant to today, Coheed and Cambria, Circa Survive, Deftones, Mastodon, Karnivool come up all the time.

4) Our Bones is one of your many EPs. Do you consider these albums stepping stones to studio albums, or pieces of music unto themselves?

We like experimenting with the shorter recording format of the EP for a number of reasons, including the idea of progress. It allows us to toy around with new identities for the band, and understand what works well and what doesn’t without the pressure or commitment of a full LP. The music business is a bit of a mess these days, and having the ability to test the waters without fully committing to making the band’s next “hopefully-masterpiece” is liberating, creatively. It is a type of stepping stone and a way to help guide our listeners to the next chapter in the band. For example, I think Clairvoyant might have been a more difficult or harsh contrast for some listeners if we had not experimented in a live setting and released the Rediscovered EP, which, if you look back, hinted at some of the tonalities found in Clairvoyant. I think the Our Bones EP will do the same, in hindsight, and serve as a taste of the things to come on the next Contortionist LP.

5) The EP ends with a cover of Smashing Pumpkins’ 1979. How did you decide to pick that band, and that track?

Cover songs are an ongoing discussion within the band, and there is literally a list lying around somewhere of songs that get toyed around with in rehearsal or soundcheck. When The Smashing Pumpkins came up for the EP, as one of my favorite bands ever, personally, I couldn’t oppose the idea, even though 1979 seems like a very predictable choice as their most successful song. Even within the context of The Smashing Pumpkins, it is a special song because it transports the listener outside of reality in a very unique way. This is something we strive for in The Contortionist and one of my favorite metrics for judging and enjoying music. Most of my favorite music accomplishes this ‘teleportation’. It has a tone of nostalgia, and for that, we decided to cover it to attempt to lend our own universe to it.

The Contortionist's Our Bones EP comes out Friday, August 9th, via eOne Entertainment, and is available for preorder. You can also see the band on tour in Europe on the following dates: