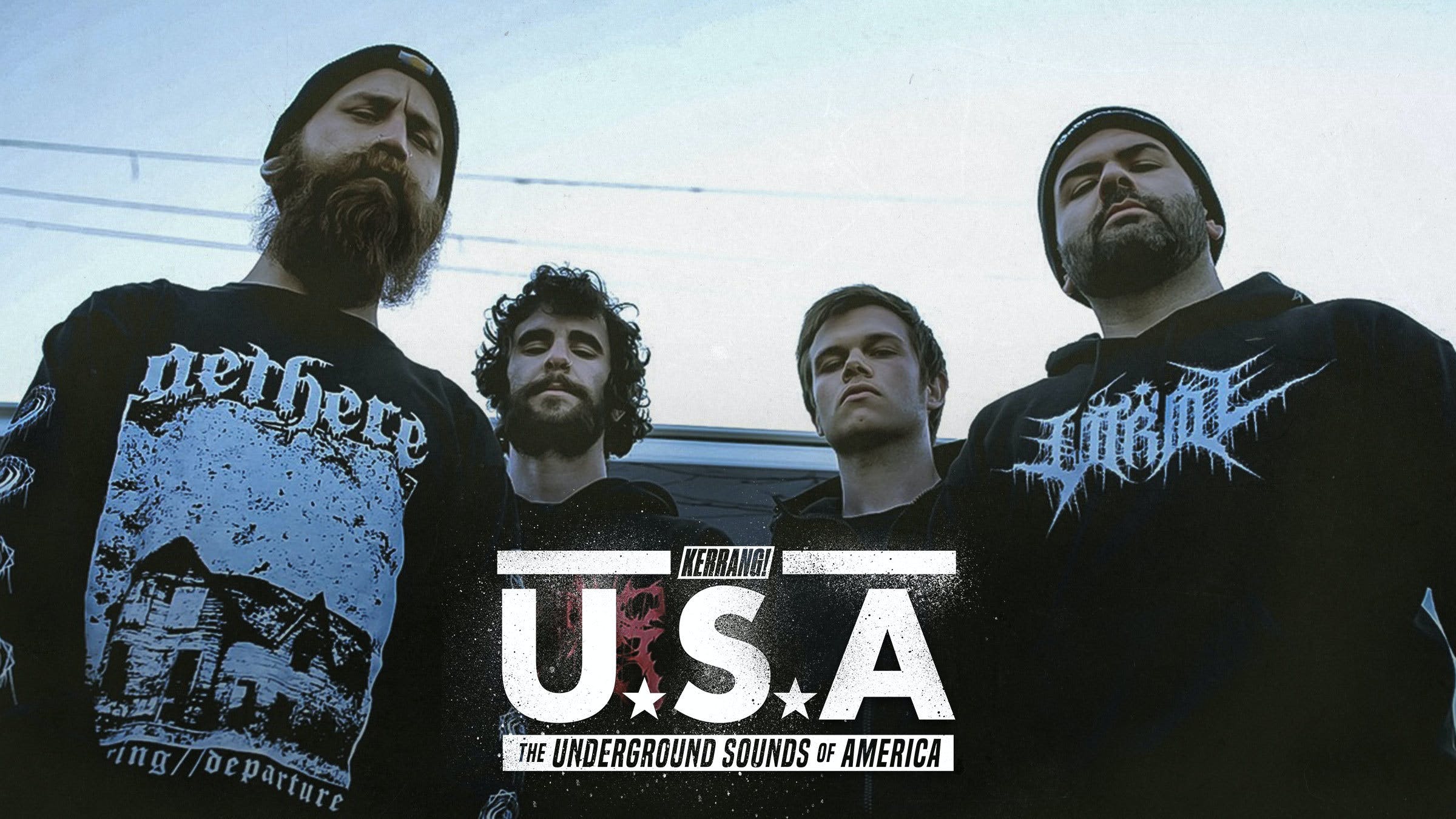 When you listen to Wolf King, it’s easy to imagine they came bursting to life in a single, vicious instant, like Athena from Zeus’ head. That’s because their music is such a satisfying, straightforward blast of ripping metallic hardcore that it feels pure, not slowed down by the baggage of wonky progressiveness or momentum-killing experimentation. Even the brooding slow passages on the band’s 2018 release Loyal To The Soil sound dire and instinctive, more like the soundtrack to someone’s panic attack than carefully crafted or choreographed music.

But even a murder scene needs to be written and developed. Wolf King’s maturation on Loyal didn’t happen in a day, and anyone who thinks that sick, throbbing riffs are easy money probably won’t write an album as good as Loyal To The soil.

“We have a lot of supporting musicians who listen to a vast spectrum of music, that can really get into any style of music,” says vocalist Tim Wilson. “I think [our groovier approach] came from over the years discovering new music, and then taking those elements that we really loved and applying it in our own way. Coming up with sick grooves isn’t easy, but I think we do a good job.”

Fans who catch Wolf King on their upcoming Kerrang!-sponsored tour with Rivers Of Nihil, Conjurer, and Entheos will instantly recognize many of the band’s musical influences the moment they hear their live assault--plenty of hardcore, thrash, death metal, black metal, grindcore. But the San Francisco Bay Area, the band’s home turf, is a hotbed of music of all kinds, featuring artists from all different walks of life. Even the band’s new album title was first coined by an artist outside of metal.

“I heard the term ‘Loyal to my soil’ from Bay Area legend E40 and thought it was hella cool sounding,” says Tim. “I took that and tried to form it to what we do, since a lot of our lyrics and imagery is more death/ evil related. In my opinion it means, ‘No one will escape death, we all will meet the reaper, everyone has the same fate.’”

Craving more of that sick instant gratification, we reached out to Wolf King to find out how they tame the beast...

1. If you had to play one Wolf King song for a newcomer, which one would it be and why?

That’s a tough one, I would go with either Further or Greater Power. I feel those two songs capture our sound with different styles of riffs, d beats, sick breakdowns, etc.

3. Who would be on Wolf King's dream tour?

4. What hobby are you most passionate about outside of music?

Honestly I don’t do too much outside of touring besides catching up on bills. Jake does a lot of drawing and photography, Connor paints miniature figurines and plays sick video games, and Brian smokes a lot of weed and records a lot of good music.

5. You're about to hit the road with Rivers Of Nihil--what should newbies expect from a Wolf King live show?

Expect a full raw live performance. This is who we are, I feel seeing WK live is way better than hearing us on record. You have to witness the energy and the flow of our set live.

Wolf King's Loyal To The Soil is out now on Prosthetic Records.

You can catch Wolf King live on their Kerrang!-sponsored tour with Rivers Of Nihil, Conjurer, and Entheos at one of the dates below:

Tune in to our Facebook tomorrow to watch a furious live set by California's Wolf King.

Zao To Tour The Midwest This Summer

Zao will be on the road in August with Hollow Earth and Wolf King.