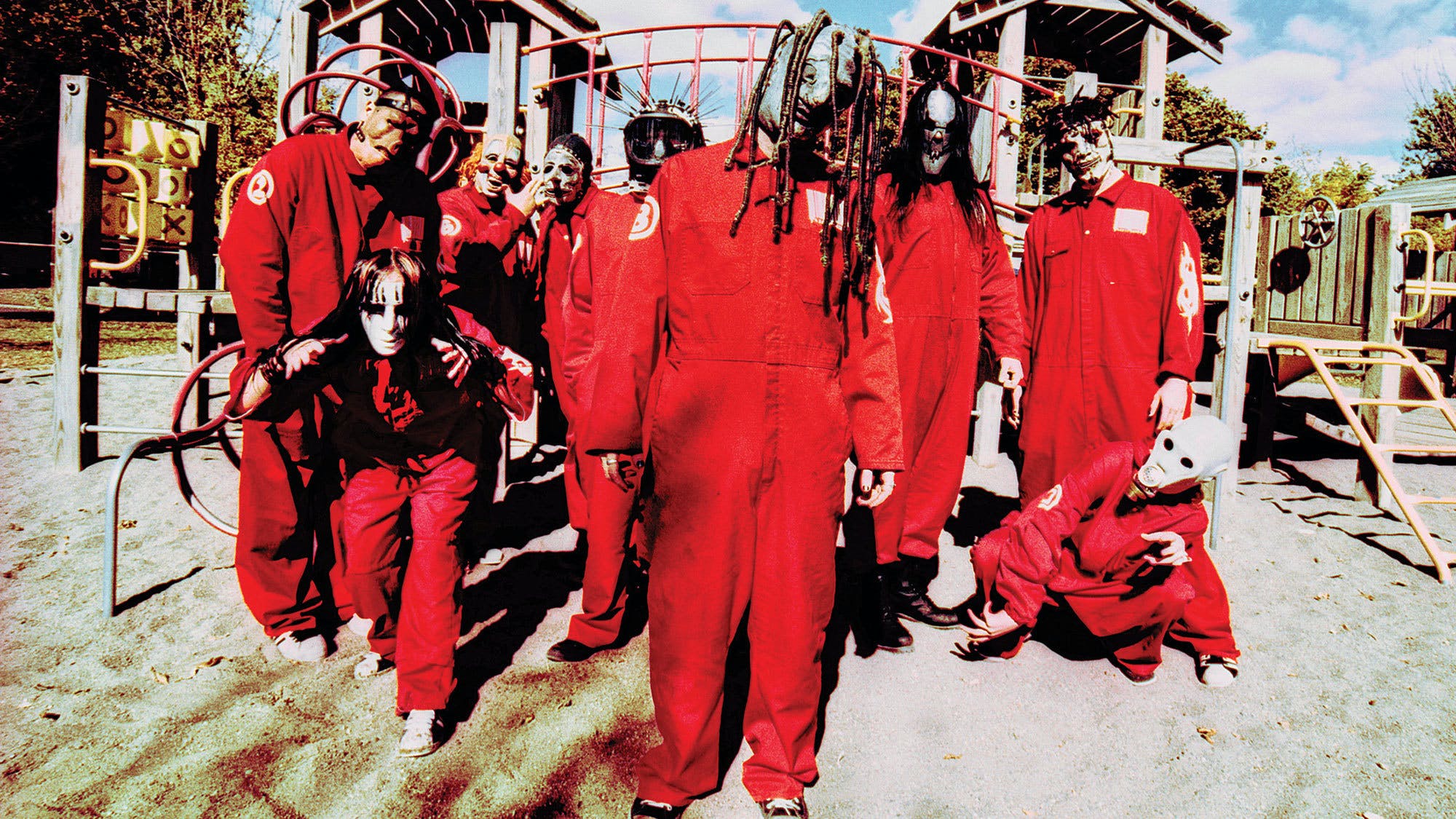 This is a reprint of the original Kerrang! album review from the summer of 1999. At a time when no-one was in any way prepared for the juggernaut that was Slipknot…

Now this is an Insane Clown Posse. Nine black-hearted sociopaths with thousand yard serial-killer stares, Slipknot are here to truly dirty up your little minds. And you're going to fucking love it…

After witnessing Slipknot's stunning performance on the opening dates of the U.S. Ozzfest, K! photographer Ross Halfin asked one of the boiler-suited freaks where his band hailed from. Upon hearing the answer, 'Des Moines, Iowa' the ever-charming snapper sneered, 'That place is a shithole.'

'We know,' came the reply. 'That's why we formed this band.'

You can hear Slipknot's hatred and frustration at their small town upbringing in every track of their debut album. Slipknot is the most venomous, apoplectic and vein-poppingly furious album since Korn's 1994 debut, and easily the best metal debut of the year.

Discovered by Korn / Soulfly / Machine Head producer Ross Robinson, the ’Knot have all the essential ’90s 'new metal' ingredients in place – down-tuned churning guitars, innards-rearranging subterranean bass rumbles, clattering hip-hop inspired drumming and stream-of-consciousness, multi-octave psychobabble – but what really sets these sickos apart from their peers are the wicked hooks they drill into every song. Eyeless – premiered on the Spirit Of Independence CD on K!742 – is the first stunner with vocalist 8 bellowing 'You can't see California without Marlon Brando's eyes' over thunderous rhythmic barrages and scalpel guitars. Then there's the sensory overload of Surfacing, with its furious scratching, double bass drum flailing and Corey Taylor's Jonathan Davis-style invective 'Fuck it all, fuck this world, fuck everything that you stand for', all beautifully captured in Ross' crystal-clear mix. Spit It Out and Purity are propulsive, disquieting and thrillingly perverted, with cool melodies slithering through the low-end maelstrom, and Prosthetics builds from an eerie opening into a claustrophobic, dense wall of sound with Corey screeching 'Tell them I knew it was a mistake', like a tearful felon on his way to a date with Old Sparky.

But nothing tops the closing track Scissors, which is one of the most genuinely terrifying pieces of music recorded in years. Corey chants 'biding my time until the time is right', and then everyone sets about detuning at once and the track collapses into chaos. And when he begins breathing unhinged threats into your face, it becomes the aural equivalent of having a broken pint glass held against your throat by the town psychopath. Thoroughly unpleasant and truly unforgettable.