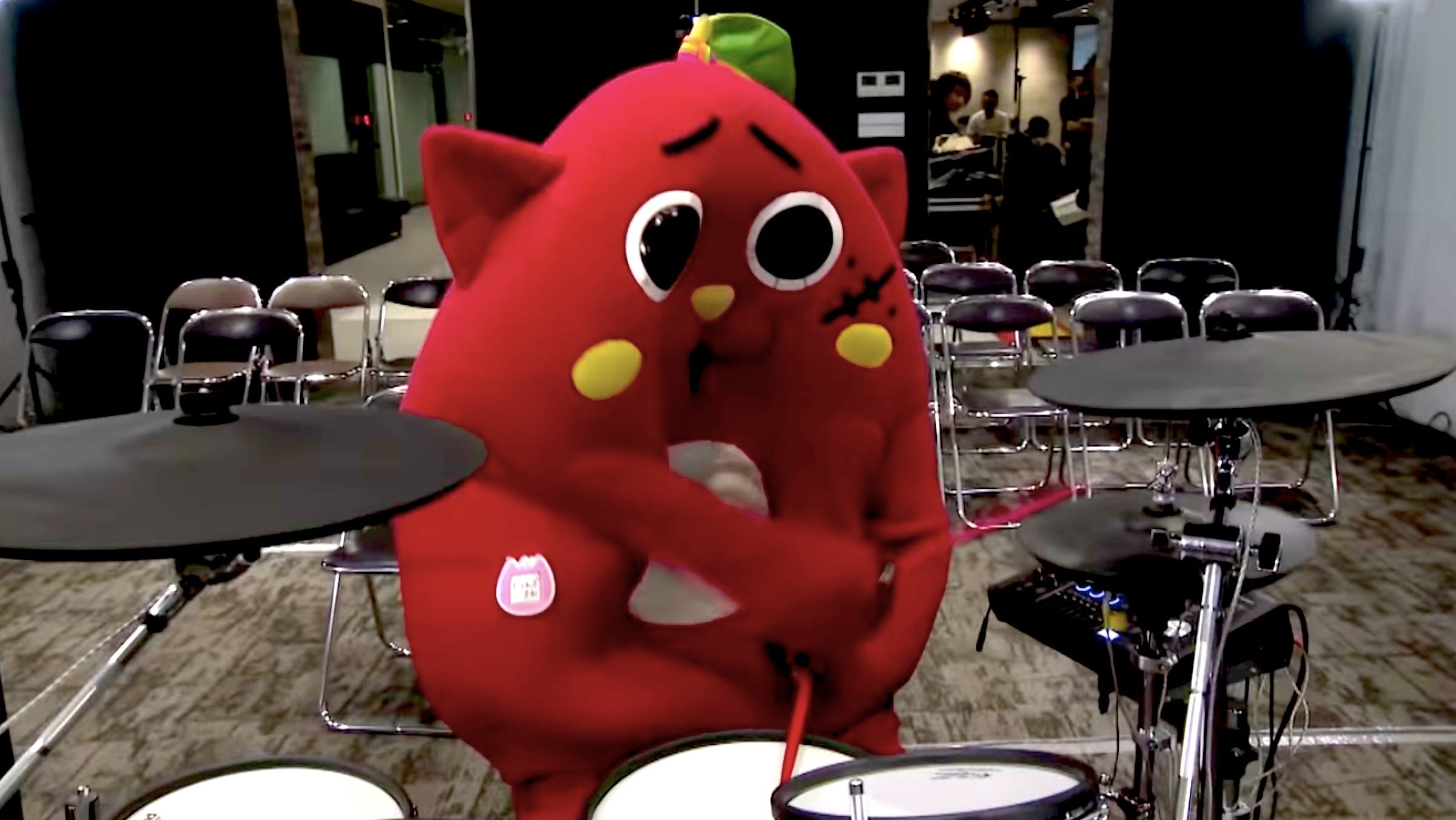 Japanese nu-metal hardcore hybrid Maximum The Hormone are no stranger to odd antics. This ranges from including weird, out of genre elements in their own music to performing at a school for a Japanese television show. However, as shown in a recent video on YouTube, members of the band were jamming in an empty room. The only difference here is that performing drums is a giant apple monster.

You are reading this correctly. The character behind the drums’s name is Nyango Star, and he is a Japanese cat apple hybrid mascot, or “yuru-chara” as they are known in Japan, that is known for drumming along to metal acts like Slipknot and BABYMETAL. In this video, which the title roughly translates to “Playing with the members of Maximum the Hormone (Gachinkoza Hormone Second Shop Audition,)” Nygano Star is jamming out on an electronic drum kit to “Shimi” with guitarist Ryo Kawaita and bassist Futoshi Uehara. Other than being adorable and hilarious, Nyango Star is absolutely killing it.

This is the first upload on the Nyango Star YouTube channel in two years. The character began to resurface through the internet after a documentary was made on him, including the very metal origin story of how he’s a cat’s spirit that took over an apple. More than just being cute, though, Nyango Star was made to help save a Japanese farming town. So on top of being very cute and metal, Nyango Star is actually a crucial yuru-chara for this town.

Maximum the Hormone just put out a brand new record entitled “Korekara no Menkata Cottelee no Hanashi wo Shiyou,” which translates to “Let’s Talk About Our Future Troubles,” late last year. At this time, there’s no news on what the bands next moves on, so be sure to keep on the lookout for them.