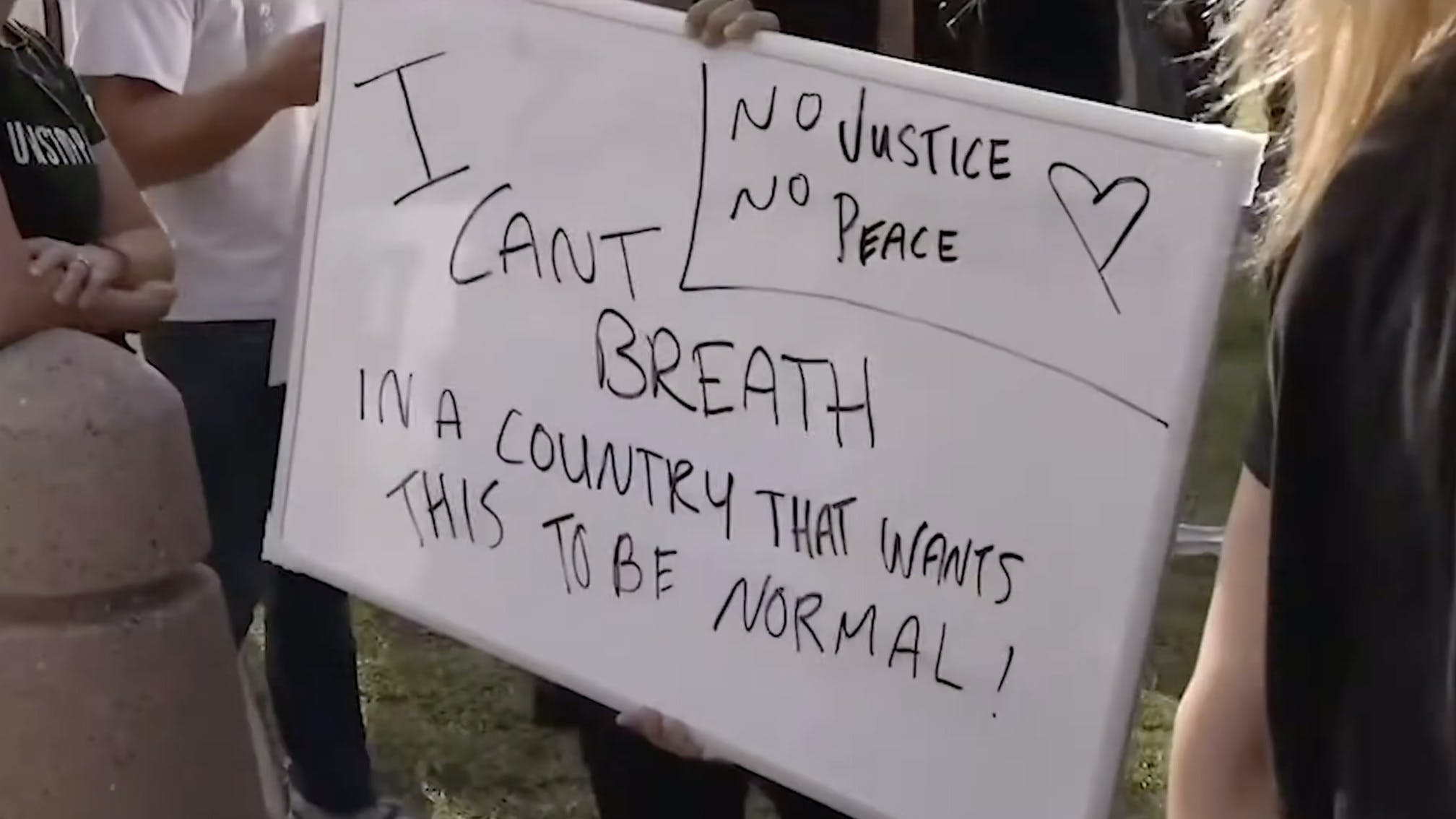 Tom Morello has teamed up with Brave New Films on No Justice No Peace, a short piece from director Robert Greenwald, released on what would have been George Floyd's 47th birthday.

"This song and this film are a middle finger to the silence that ‘polite society’ has asked of people in pain," says the Rage Against The Machine guitarist.

"For too long, people of colour have been told when, how and how loud we should use our voices. Silence hasn’t been enough to protect us. Breonna Taylor was silently sleeping when she was murdered. Quiet pleas have not worked. George Floyd pled faintly with the cops as they kneeled on his back until his last breath."

Filmmaker Robert Greenwald has launched the Brave New Films Action Fund to champion social issues using a model of media and education along with grassroots volunteers that strive for significant positive changes in American society.

"This summer, once again, we raised our voices in protest, and the world took notice," said Tom. "We will not be told to maintain hushed tones about anger, pain and discontent with the status quo."

No Justice No Peace confronts the death not only of George Floyd, but Oscar Grant, Eric Garner, Breonna Taylor and more, ending with the line, 'Vote like your life depends on it.'