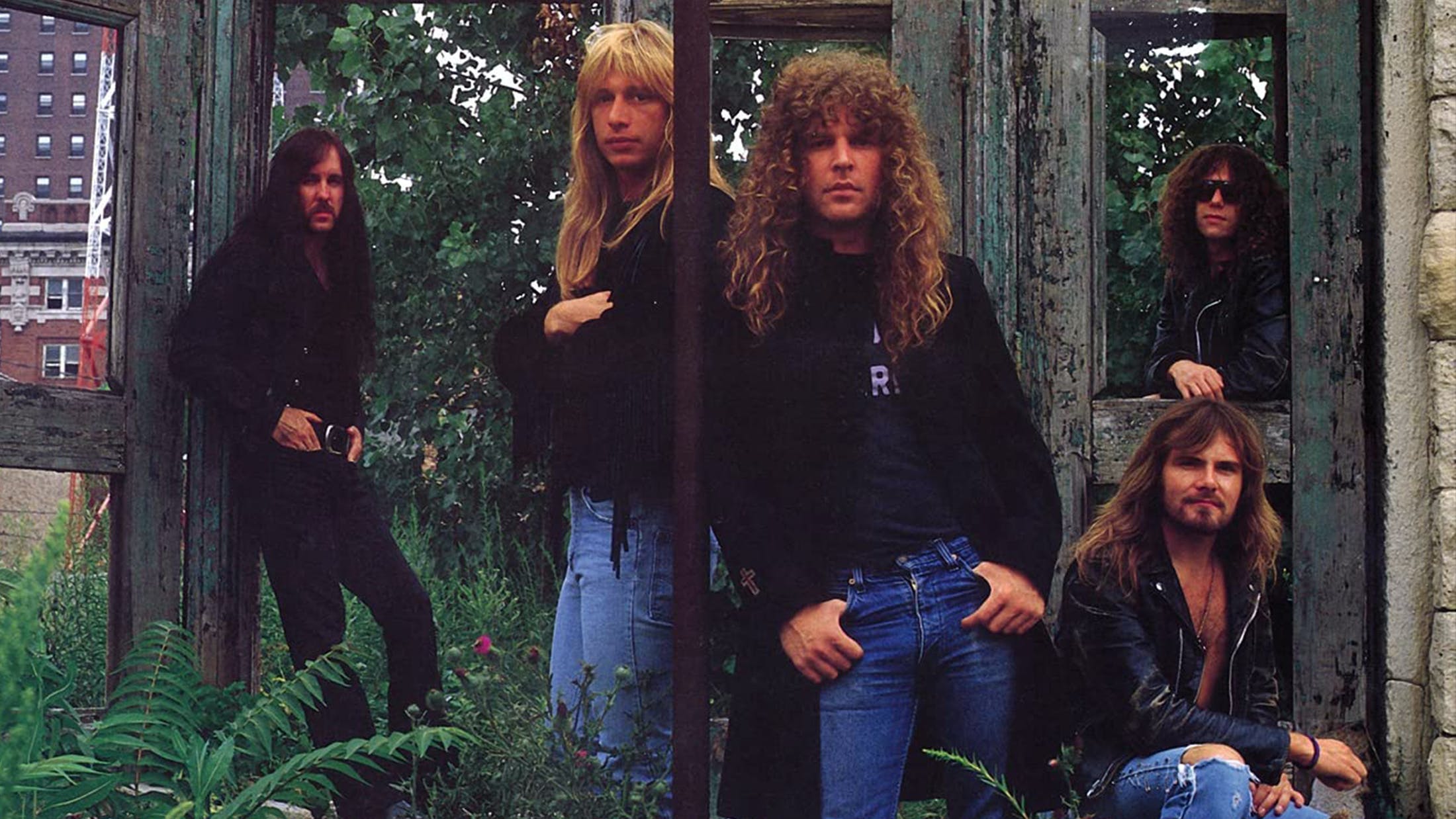 If a man can be judged by the company he keeps, then perhaps a similar tell of just how brilliant Chicago doom outfit Trouble were is in those they influenced.

Dave Grohl once called them, “One of the most mind-blowing bands I’d ever heard,” when recounting hearing them for the first time as a teenager. For Electric Wizard’s Jus Oborn, they were “One of the greatest bands to ever walk the fucking Earth.”

Orange Goblin singer Ben Ward has the band’s logo tattooed on himself. So does Tomas Lindberg from At The Gates. And though the story has become part of metal folklore, where nobody can remember if it’s actually true or not, it’s entirely believable that at an early gig a young Metallica were so turned on by the band’s guitar tone – heavy as hell, but with a slick, dripping lead sound perfect for their dual harmonies – that James Hetfield and Kirk Hammett ran onstage when they were done to copy the settings on the amps for themselves.

Atop Trouble’s formidable sound, Eric Wagner’s vocals were the perfect human hook, a window to a sometimes tortured soul that perfectly fit the music. In a decade where everyone seemed to be speeding up – from Van Halen to thrash bands to NWOBHM to a harder edge of glam – Trouble rooted themselves in a more Sabbathian crawl, helping lay some of the first bricks of doom metal in a time when such things were deeply unfashionable. They could chug and turn up the tempo better than many bands whose entire job was playing at speed – just check out Assassin from 1984’s Psalm 9 debut, or Fear No Evil from the following year’s The Skull – but it was when they were slower and doomier that Trouble really created magic.

It was also here that Eric Wagner gave Trouble their soul. His lyrics frequently came from the perspective of a man at the end of his rope, searching for some kind of salvation, and he sang like a man for whom pouring out these frustrations, fears and things that weighed heavy on the mind was an exorcism. It only served to give his incredible voice an extra, unique energy, and his band’s music a heart.

Notably, Eric’s lyrics often touched upon religious themes. Having been raised a Catholic, he would later say that these things were just what came naturally to him as he worked through life’s knots. He wasn’t out to preach, just to sing about the hard times and depressions with his own slant. Indeed, on the suicidal lament of The Wish from The Skull, when he sings, ‘I’m going mad, can’t you see my pain? / I pray to you God, won’t you please help me fulfil my death-wish / It's my only chance for escape’ it’s not preaching or judging, but navigating waves of depression and calling out for a very mortal kind of help.

“Trouble were really cathartic in a different way to the more extreme bands,” said former Cathedral frontman Lee Dorrian in 2006. “As a teenager, if I was having a bad day, I’d play The Skull really loud, and all that anger and frustration would come out of me.”

For all these themes, and the band being frequently seen wearing large, Sabbath-ish crosses, Eric always denied they were a specifically Christian band (indeed, as the band continued into the ’90s and became more psychedelic, so did the words), but it didn’t stop their label Metal Blade calling the band’s music ‘White Metal’. Many would see these themes in the spirit in which they were intended – although Jus Oborn would joke that, “After I heard Trouble I was like, ‘I’ve seen the light!’” - but it wasn’t a tag with which the band were much impressed.

“A lot of metal bands were singing about Satan and all that kind of crap, but I grew up Catholic and stuff so I wasn’t into that end of it,” Eric said in an interview for a reissue of The Skull in 2006. “I don’t know what the big deal is anyway, you know? Actually, I probably said just as many ‘Satan’s as they did, but you know, in a different way. I wasn’t out there trying to save anybody. I was just exploring my life.

“I don’t believe in religions because I don’t believe everybody can be right,” he continued. “But I do believe there has to be something better than this, because otherwise there’d be no purpose for us being here, going through all this misery, the pain, the suffering, the money, people dying, people getting killed, the coke, the drugs. I don’t believe we’re just put into a box and then into the ground, done. Otherwise I see no point.”

Trouble’s catalogue is sensational. From the granite-hewn classic doom of their early works, to the masterful metal of their 1990 self-titled album and the juicy psych of Manic Frustration, their footprint can be heard all over the doom scene (and never close to equalled), and the echo they left on bands like Nirvana, Soundgarden, Slayer and Pantera, who took them on tour in 1992.

“Hearing Trouble for the first time was like hearing [The Beatles’] Sgt. Pepper’s… for the first time,” said Dave Grohl in 2004. “Psalm 9, The Skull, these were albums that became the soundtrack to my life. Eric Wagner’s lyrics were greatly inspirational, and no band could drag you through a beautiful dirge like they could.”

Years after discovering them as a teenager, Dave Grohl saluted Eric and his band’s influence on him by inviting him to come and play on his 2004 Probot album, alongside a brilliant line-up of fellow metal musicians. Even with the status he already had as one of the biggest rock musicians in the world, Dave was reduced back down to teenaged fanboy when it came to picking up the phone to ask him to sing on the track My Tortured Soul.

“I was nervous about contacting some of these guys,” he said in 2003. “Eric Wagner is a god to me, and here I was calling him up in Chicago and saying, ‘Hi, this is Dave from Foo Fighters, would you like to sing on a metal song I’ve written?’ What the fuck is he likely to say to that? But it turns out that he was excited by it. I can’t tell you how much it means to have this luxury of opportunity.”

Even after leaving Trouble for the second time in 2008, Eric continued to make similarly brilliant music with new band The Skull (formed with fellow ex-Trouble members Ron Holzner on bass, and drummer Jeff Olson), who remained heroes of the doom scene until Eric’s death on August 23, aged 62, following a hospitalisation from COVID.

Eric Wagner leaves behind a formidable musical legacy. But more than that, in his work there is a depth of intelligence, introspection and perspective on life’s ups and downs that is impossible not to connect with and appreciate. The songs begging God for help and looking for an answer to very human difficulties will feel instantly familiar, but so too will those that celebrate life and all its joys.

Doom metal may have lost one of its finest voices, but the seeds Eric Wagner helped plant across music continue to thrive, and will for a very long time to come.

Chicago doom legend Eric Wagner passed away due to COVID this morning, aged 62.