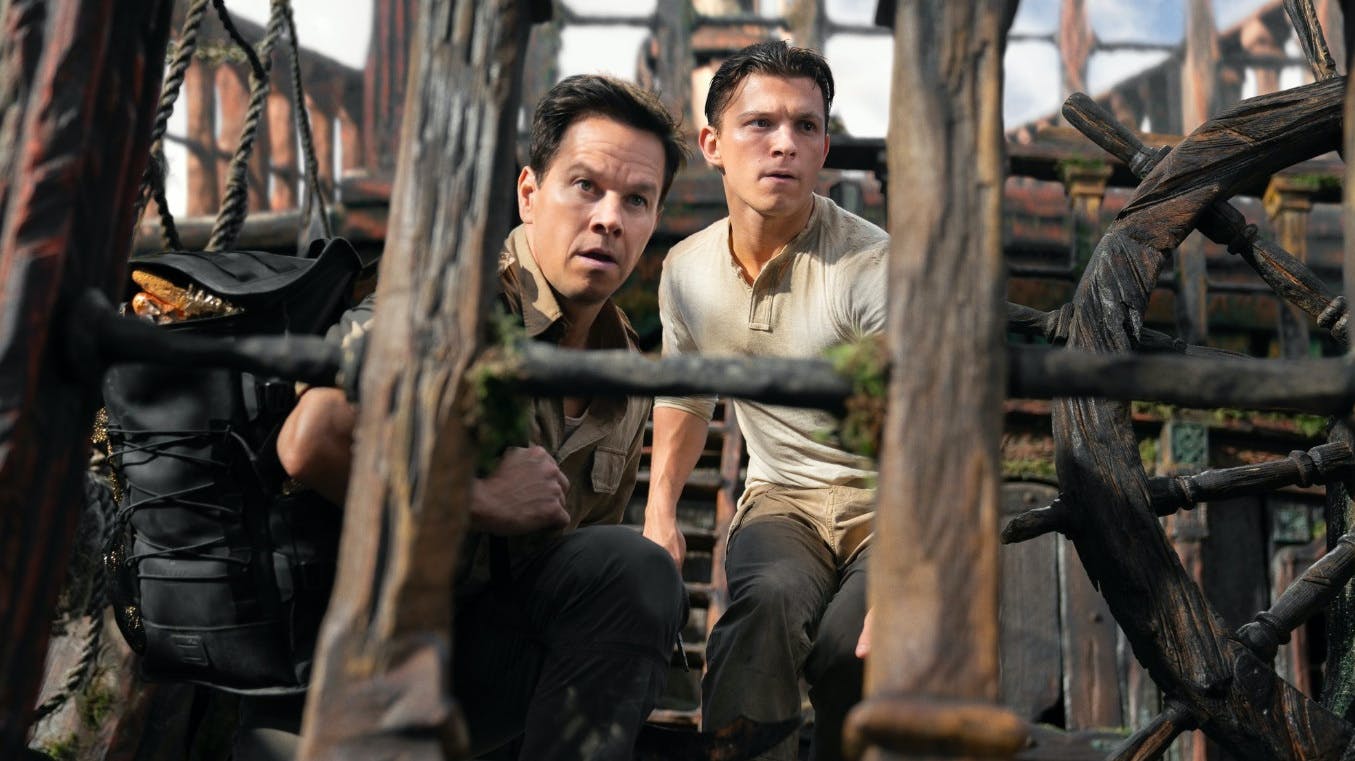 It seemed like a good idea on paper, didn’t it? Turning a best-selling action-adventure game franchise into a swashbuckling movie about hunting for lost treasure with as much green screen action as you can muster. And while the Uncharted movie fulfils that requirement, it’s bogged-down in its own earnestness and suffers greatly for it. What should have been a spirited Jumanji-meets-Indiana Jones romp through jungles, over oceans and through spooky caves is instead a rather dull, plodding, two-hour round-trip without any real sense of urgency, jeopardy or actual fun.

Inspired by the Uncharted series, but not adhering to any existing storyline, we find intrepid explorer Sully (Mark Wahlberg) and his new light-fingered sidekick Nate (Tom Holland) on a journey to the Philippines to uncover the $5 billion worth of gold hidden by the 18 survivors of Ferdinand Magellan’s trip around the world in the 16th century. Of course, they’re not the only ones on the hunt, going up against rival treasure hunter Chloe Frazer (Sophia Ali) and the hired guns of billionaire businessman Moncada (Antonio Banderas) who believes the gold is rightly his. And yet there’s never any sense of danger; everything happens all too easily for Nate and Sully, who manage to steal a key, decipher codes, find the centuries-hidden location on a map and uncover the treasure without any real setback. Like a bad video game, it’s far too linear – do this so this happens, and then the story can continue.

This overwhelming sense of simplicity leaves the storyline feeling rather flimsy. There’s no real B-plot to be examined other than a simmering sense of distrust toward Sully from Nate, and the dialogue between the two is rather uninspired. That said, Tom Holland shines throughout, able to flesh-out a character in a movie of hollow bodies. Unlike his star turn in Spider-Man, though, the smattering gags and one-liners fall flat throughout Uncharted, buried under the weight of the movie’s inherent tedium.

In terms of big dumb fun, there are some striking set-pieces involving a plane jettisoning its cargo and passengers over the ocean, and the final ‘battle’ with centuries-old galleons swinging beneath helicopters is gleefully daft, but again you never feel like Sully and Nate aren’t firmly in control of the situation. They’re playing on easy mode, making it a much harder watch.

By way of launching their next era with new vocalist Diana Leah, Delain have announced new album Dark Waters and dropped lead single Beneath…

Bury Tomorrow have unleashed the next single from their upcoming album The Seventh Sun – watch the video for Boltcutter now.