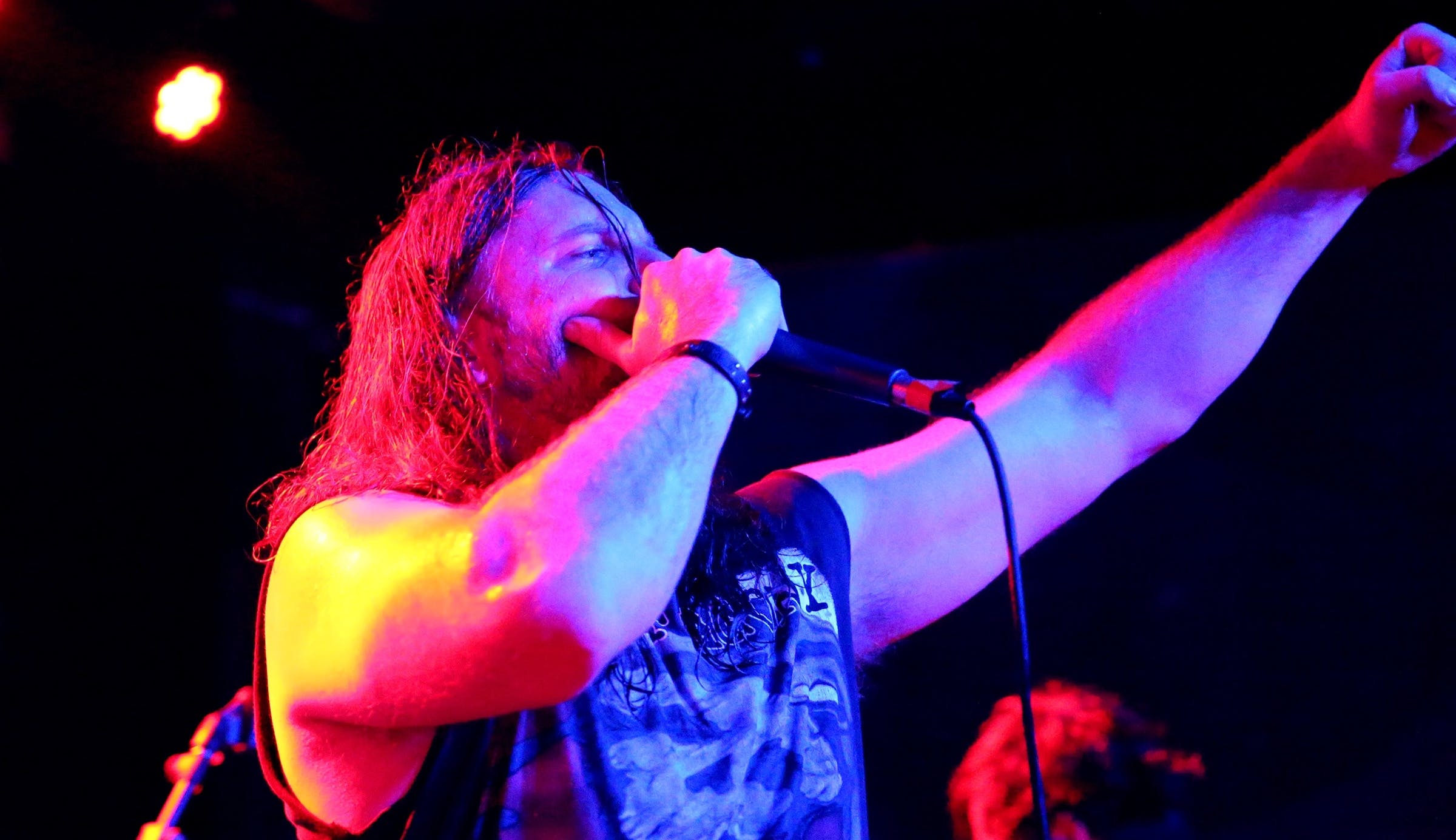 Last year saw Boston metalcore legends Unearth return with a vengeance. The band released their seventh full-length album, Extinction(s), a vicious record that took them on the road with acts including Soulfly and Fit For An Autopsy. Now, Unearth have dropped a new video for the track Sidewinder, which has both dreamy and deeply confrontational vibes to it.

As you'll see in the footage, most of the video is just performance shots and cutaways of the song's namesake moving across a sand dune. What works especially well, though, is the red light and murky filters the band is bathed in. It adds a strange, idealized quality to the video, as though Unearth are perhaps performing the track in the back of your mind.

READ THIS: 10 things Unearth's Brooklyn show taught us about the state of metalcore

In a chat before Unearth's show at Saint Vitus Bar in Brooklyn last year, frontman Trevor Phipps described how the band have stayed alive largely due to their live presence.

“I think it’s always been our live shows," said Trevor. "Our records do well, but they don’t go gold or anything – and yet people keep coming to see us live. We’ve always had the most fun times going off onstage. Even when we have an inter-band squabble, when we get onstage, it doesn’t matter. Suddenly we’re hugging each other, drinking beers. Some bands can’t do that. And look, it’s cool to have a record that you only listen at home. But we’re all about the live performance.”

That said, while Trevor's band is one of the champions of a genre now cemented in rock history, he still looks to extreme music's future for inspiration.

“It’s interesting to see how, as things change, certain things recycle themselves,” remarked the vocalist. “There’s a lot of music out there right now that sounds like it could’ve been made in the late ’90s or early 2000s. Five or 6 years ago, you might’ve used ‘metalcore’ or ‘deathcore’ as dirty words, but here are these bands who are making it fresh. Bands like Knocked Loose, Power Trip, Gatecreeper, they don’t sound like copycats, they feel like they’re from that era. They’re recycling it, but in an original way.”

Watch Unearth's New Video For One With The Sun

The metalcore veterans' apocalyptic new offering is hot as hell.