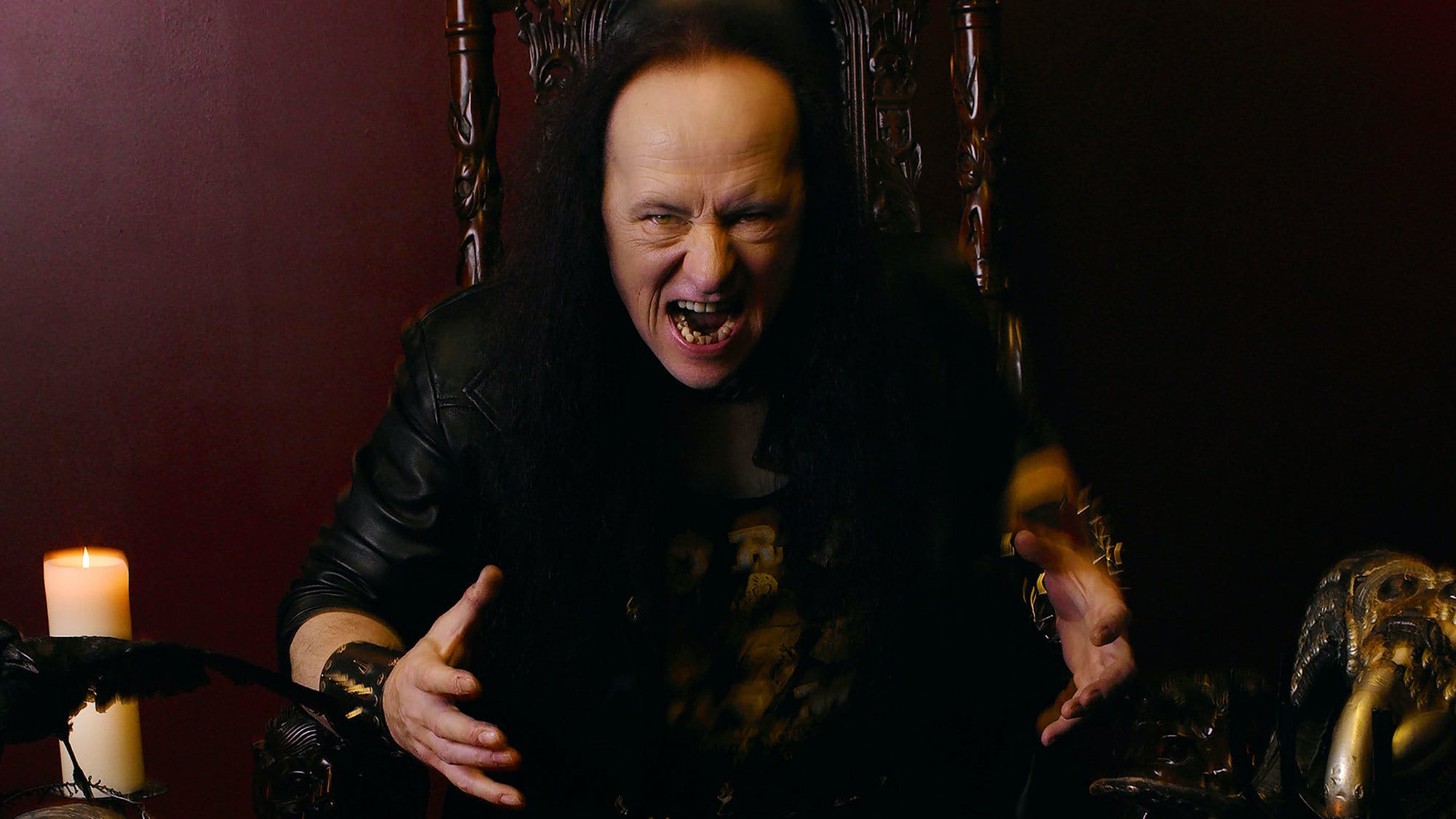 In the pre-digital age, records released in the 1980s would sometimes feature on their back sleeve a small symbol of a cassette tape and crossbones. Beneath this image one could read the words, ‘Home Taping Is Killing Music.’ On the original editions of Welcome To Hell, this image was featured, alongside the words ‘…And So Are Venom.’

If not quite the band that terrorised the nation, Venom are the group who kickstarted the genre that changed metal forever. Formed in Newcastle at the tail end of the 1970s, by the early part of the proceeding decade this ruffian trio had fashioned a sound that was faster and more reckless than the rest, and by doing so inadvertently kicked off the thrash metal scene, a genre that would in time drag metal’s centre of gravity in a darker and heavier direction.

With Welcome To Hell released as a deluxe box-set today, Kerrang! caught up with bandleader Cronos to find out the blood and guts of the story.

What was Newcastle like for you as a lad?
“Well actually I was born in London, and moved to Newcastle when I was a child. I know I sound like a Geordie, but I’m actually a Southerner! My old stomping ground was near to the Royal Albert Hall, and when I’m down that way now I tell the lads [in the band] that I actually know this area. But when the family moved to Newcastle, it was a very drab and grey working class city. There was a lot of unemployment and a lot of desperation, and people were really pissed off. That’s what the whole punk thing was about, of course, just that feeling that people didn’t have anything to lose but that they weren’t going to take things lying down. There was no industry and there were no jobs. And in a lot of areas, that’s still the same. Hopefully if this Brexit thing ever happens, that’ll change and we’ll have British industry again.”

How did Venom come together?
“Well at first it was a slow process! You know, it was the usual thing of people coming in and then going out, the same thing that all bands go through when they’re starting out. But the first line-up that people know is of me, Mantas (guitar) and Abaddon (drums), which is the line-up that recorded the early records. There were some great times with those guys, but there were some terrible arguments as well, and eventually a lot of bitterness, which is why it didn’t last. But that’s the first time that we made our name.”

There is a case to be made that, with the exception of Black Sabbath, Venom are the most influential metal band of all time. Without Venom, there's no Metallica or Slayer.
“I’d say that’s true, yes. We were the band that was influenced by Motörhead and the Sex Pistols, but we took their sound and made something completely new out of it. We were completely new; no one had heard anything like us. And of course, unbeknown to us, in America there were these kids who were listening to our records and then shaping what we were doing into their own thing. Slayer would be an example of that. And I agree, without us those bands either wouldn’t exist, or would sound very different from the way they do.”

Venom had their detractors, though. There were a lot of people who said that you couldn't play.
“Oh that’s such bullshit. Of course we could play. I’ve been doing this for 40 years now; do you think I’d be able to do that if the band couldn’t play? Here’s what happened: in the early days, we used to make up stories to play games with the press. So we’d say that one of us was a concert pianist, for example, and that one of us couldn’t play our instrument. But the press just focused on that one thing, and that got repeated over and over again by journalists who don’t have any imagination. It kind of became a bit of a stick to beat us with. But in a way it was also a compliment – we were brand new, we had this ferocious sound, and we didn’t sound like anything that had come before us. So they dismissed what we were doing by saying that we couldn’t play.”

Welcome To Hell, your debut album, re-released in a posh boxset today, does have a certain – what's the word? – rustic quality.
“Well, you know, we weren’t fucking Emerson Lake & Palmer, or anything like that. We weren’t noodling around playing 15-minute songs. Also, we weren’t on a big major label, so we couldn’t spend ages in a posh recording studio in London recording things over and over again til they were perfect. We were on Neat Records, up here in Newcastle, and it really was a case of cutting our cloth accordingly. So we had to work fast, and we had to work effectively, which I think we did. Also, we had a lot of energy. Even today, you can hear the energy on that record.”

Tell us about the live show. They were pretty extravagant affairs.
“They certainly were. But even this caused problems for us. We didn’t just want to stand onstage without any kind of production, cos we thought that would be boring. We wanted to have a big show, with pyrotechnics and smoke and anything we could lay our hands on. But to do that is expensive. So we’d say to promoters, ‘Look, we want this much money’ – and admittedly it was a lot of money we were asking for – ‘and for that you’ll get a show the likes of which you’ve never seen before, and we’ll fill the big halls that we’re wanting you to book us into.’ But a lot of the promoters didn’t want to pay that kind of money, and they didn’t think that we’d fill a venue like the Hammersmith Odeon [now Apollo]. But we did fill it. And if you look at footage of those shows now, they still look great.”

Did you feel vindicated when Dave Grohl asked you to feature on his Probot metal album in 2004?
“Well that’s the thing. Do you think that fucking Dave Grohl would waste his time with someone who couldn’t play? I don’t think so, do you? But Dave is great, a really lovely guy; and he’s also been a Venom fan for the longest time. You can see him wearing our shirts sometimes when he’s onstage with the Foo Fighters. But the Probot album was a great thing to be a part of. I’m very proud of my contribution [on Centuries Of Sin] but I think the whole album came out great. It was a fantastic thing to be a part of.”

Are you proud of your legacy with Venom?
“I’m very proud of it, of course I am. I’m proud that an album we made all those years ago [Welcome To Hell] still stands the test of time, but I’m also proud of the fact that Venom has been going for all these years. In fact, I’d go so far as to say that the line-up we have now is the best one we’ve ever had, and the band has never sounded so good. We’ve got a loyal audience that come out and see us play every time, and it’s important to me that we never disappoint them. And we don’t. I’m very proud that we’ve made it last this long, and that the band is still going strong.”

Venom's In Nomine Satanas 40th anniversary boxset is out now via BMG Records.

The 13 Best Songs About Leather

Ready to start living the leather life? Strap these 13 tracks on for size.