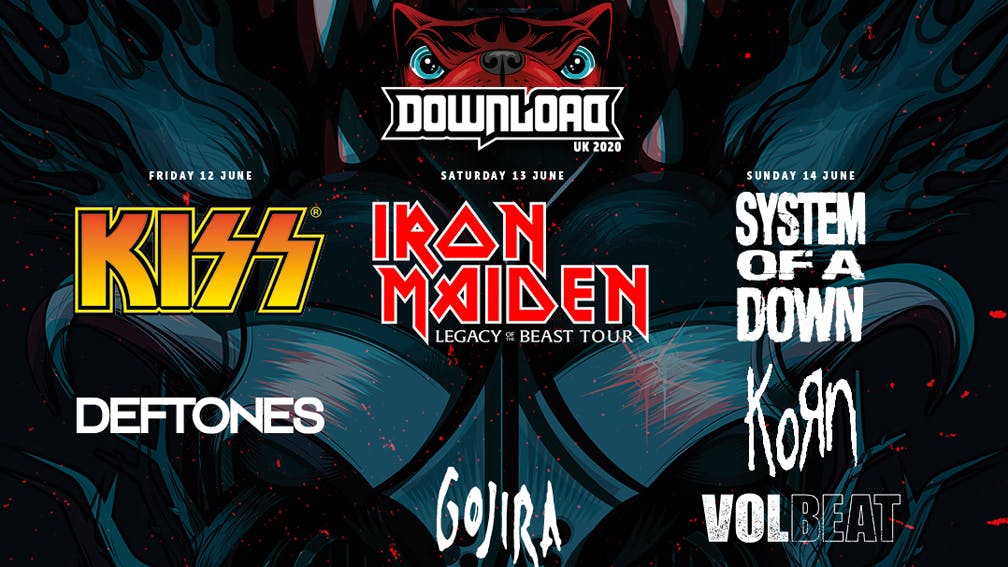 Announced for the bill underneath headliners KISS, Iron Maiden and System Of A Down from June 12-14 are a grand total of 37 new rock and metal favourites, including Volbeat, Killswitch Engage, BABYMETAL and The Pretty Reckless.

"We are very excited to return to Donington Park once again to rock with all of our friends in the UK alongside so many great bands," enthuse Volbeat. "See you in June!"

Read this next: 10 of the most believably Satanic bands

Killswitch Engage frontman Jesse Leach adds: "We are honoured and excited to play the mighty Download Festival once again! We are ready to kick out our new songs and play the old anthems as well! Download crowds are always incredible and we are eager to bring the motherfucking ruckus!"

BABYMETAL's SU-METAL continues: "The crowd at Download Festival always welcomes us with a lot of energy so I can’t wait to perform there again! We hope to bring even more power and energy so please look forward to our performance!"

"To have the opportunity of performing at one of our favourite places is incredibly exciting for us," adds MOAMETAL. "Can’t wait to see everyone there!

Read this next: Baroness – Why survival is simply not enough