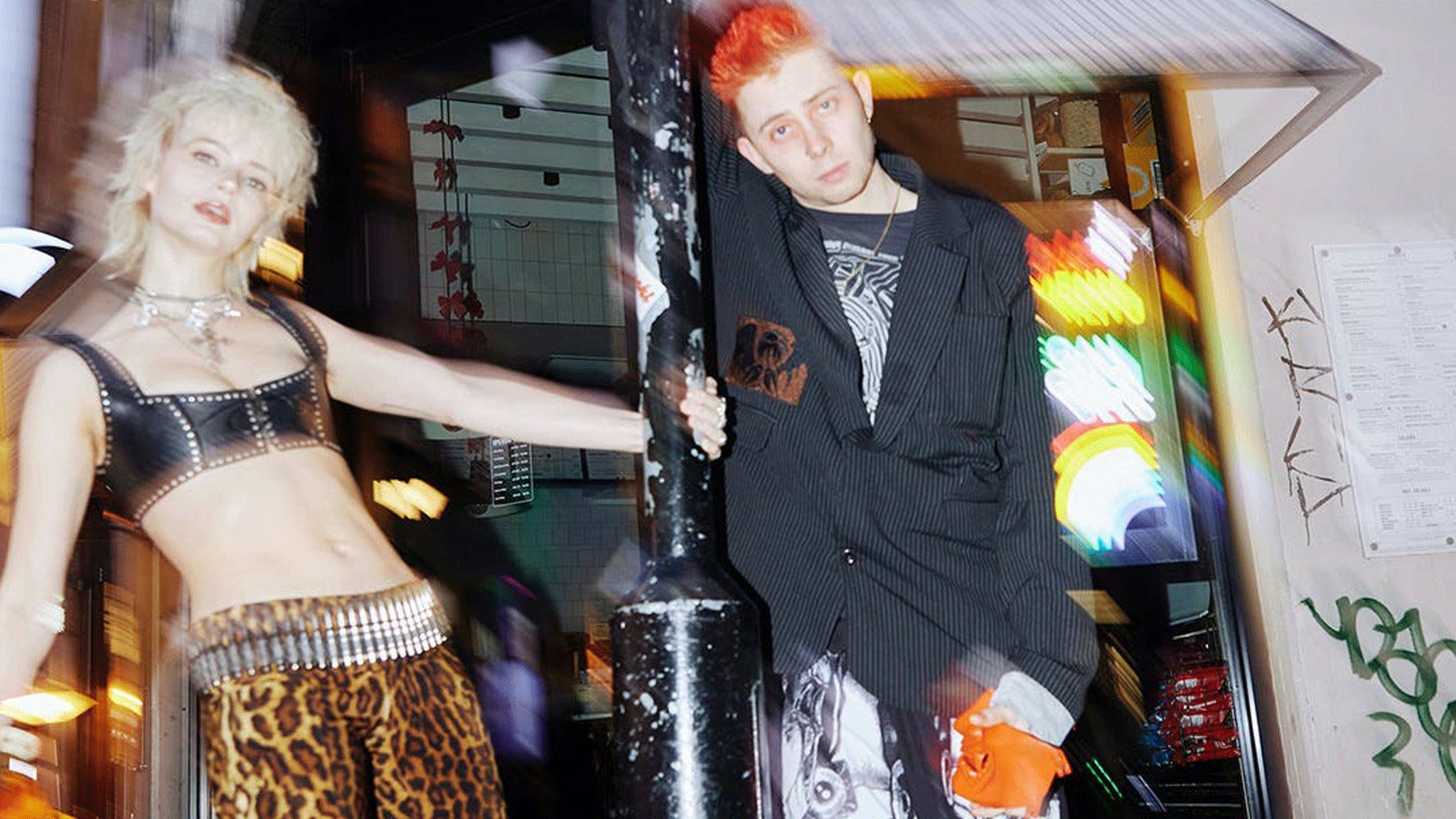 The Kerrang! Awards returned with a bang last month, bringing together the bona fide rock legends of Fall Out Boy and Biffy Clyro with the next big things in alternative like Bob Vylan and Mimi Barks. As K! Editor Luke Morton noted in his opening speech, the alt. scene is breaking through in all directions right now, and nowhere is this more apparent than the New Noise Award presented by Dr. Martens, which was introduced this year to highlight new breed of amazing talent in our world. Fending off Pinkshift, Heriot, Pupil Slicer and Static Dress were this year's winners WARGASM, whose hyperactive blend of nu-metal, punk and electro has seen them play some of this summer's biggest stages and amass a burgeoning fanbase.

We caught up with Milkie Way and Sam Matlock after they picked up the award to find out what it means to them, and what is happening in the scene…

How does it feel to have won the first-ever Kerrang! New Noise Award presented by Dr. Martens?
Milkie Way: “If I told 15-year-old me that I’d be accepting a Kerrang! Award after Green Day and twenty one pilots, I’d have told myself to go fuck myself.”
Sam Matlock: “I’d have called myself a sell-out. It’s exciting that it’s this new category that we’ve won. In a sense, it takes away a little of the prestige as you can’t compare yourself to past winners – musicians love comparing themselves – but it’s also quite exciting, because we are doing something a bit different. We are a product of our environment. And I hope that the people who win next year and the year after are able to build a brilliant lineage. Whoever wins it next year, I’m going to ask them to collab, basically.”

Does New Noise encapsulate WARGASM as a band?
Sam: “New Noise reminds me of the song by Refused off the album The Shape Of Punk To Come. Those motherfuckers did predict the shape of punk to come.”
Milkie: “That album literally changed music.”
Sam: “Well, years later, when everybody started trying to rip it off.”
Milkie: “We still are.”
Sam: “Unsuccessfully. It’s funny that we’ve won an award called New Noise embracing the artists who create something fresh. I don’t personally think that we do create something fresh. We merge old elements of ’90s and 2000s things. If people think it makes for something original, that’s cool, but every day we wake up and write our silly little songs and play our silly little gigs. But that [calling to mind of] Refused is fitting because I’ve been trying to rip them off forever, and everyone is an amalgamation of their influences and their environment. I guess that’s what the award means – that mixture of everything.”

It’s been a summer of highs for you guys already. Does this feel like another cherry on top?
Sam: “Download was sick, but we went on to headline our first-ever festival stage at Czechia Rock For People, which is a festival close to my heart because I’d played it before in other bands. We show up to those stages with no production or anything. We don’t even have a drum-riser. It’s like, ’Yo! You’ve got us headlining. Any chance we could borrow some lights or anything you're not using?’ A guy at Copenhell gave us pyro, which was tight: fire everywhere.”
Milkie: “Now that everyone is back, it feels like they’re trying to help each other out a little bit.”
Sam: “That was what the scene was like when I started out, then it stopped in the middle, and now it’s coming back. Something is happening. There is a tectonic shift right now.”
Milkie: “And we have to get in there that touring with Limp Bizkit was a highlight.”
Sam: “[K! Awards host] Ed Gamble is a lovely man, but he shouldn’t step on Fred Durst because that’s our nu-metal daddy. And we’ll see you in Europe and the UK with Limp Bizkit, too. I think I just announced that.”
Milkie: "That’s an exclusive!”
Sam: “Going back to what we were saying about people coming together, I think there’s this myth about the industry – print media, journalists, label people, bookers, corporations – being evil. But the pandemic changed everything. That myth needs to be debunked. There’s a lot of people who are stepping in at the moment to help motherfuckers out, and that’s mostly by promoting music that they enjoy to other motherfuckers they think will enjoy it, too. Look at that Download line-up. We clashed with Static Dress and we were terrified that no-one would watch us because Static Dress are insane. But they’re there because Live Nation support them, and we’re there for the same reason. There’s a lot of people having each others’ backs in the music scene right now.”

What comes next?
Sam: “We’ve just announced a new single called Fuckstar, which will be out on July 8. It’s about me taking the Rage Against The Machine approach to my lyrics: ‘I’m sick to shit of everyone asking everything from everyone while I work in a fucking pub.’ It’s anti-Jeff Bezos, anti-Elon Musk.”
Milkie: “Also, we’ve got a headline tour coming in October.”
Sam: “We booked [the O2 Kentish Town Forum in London], which is much bigger than we are, so let’s see what happens. We’re not announcing the support because every motherfucker is going to try and get on this tour, and we’re going to say, ‘Haha, this is why [you can’t]!’ Everything that Milkie and I say under the influence of alcohol about the return of the scene is on this line-up. We’re going to sell it out without them, then we’re going to announce them and people are going to say, ‘Fuck me, WARGASM were right about everything!’”

WARGASM tour the UK this October. Get your tickets now.