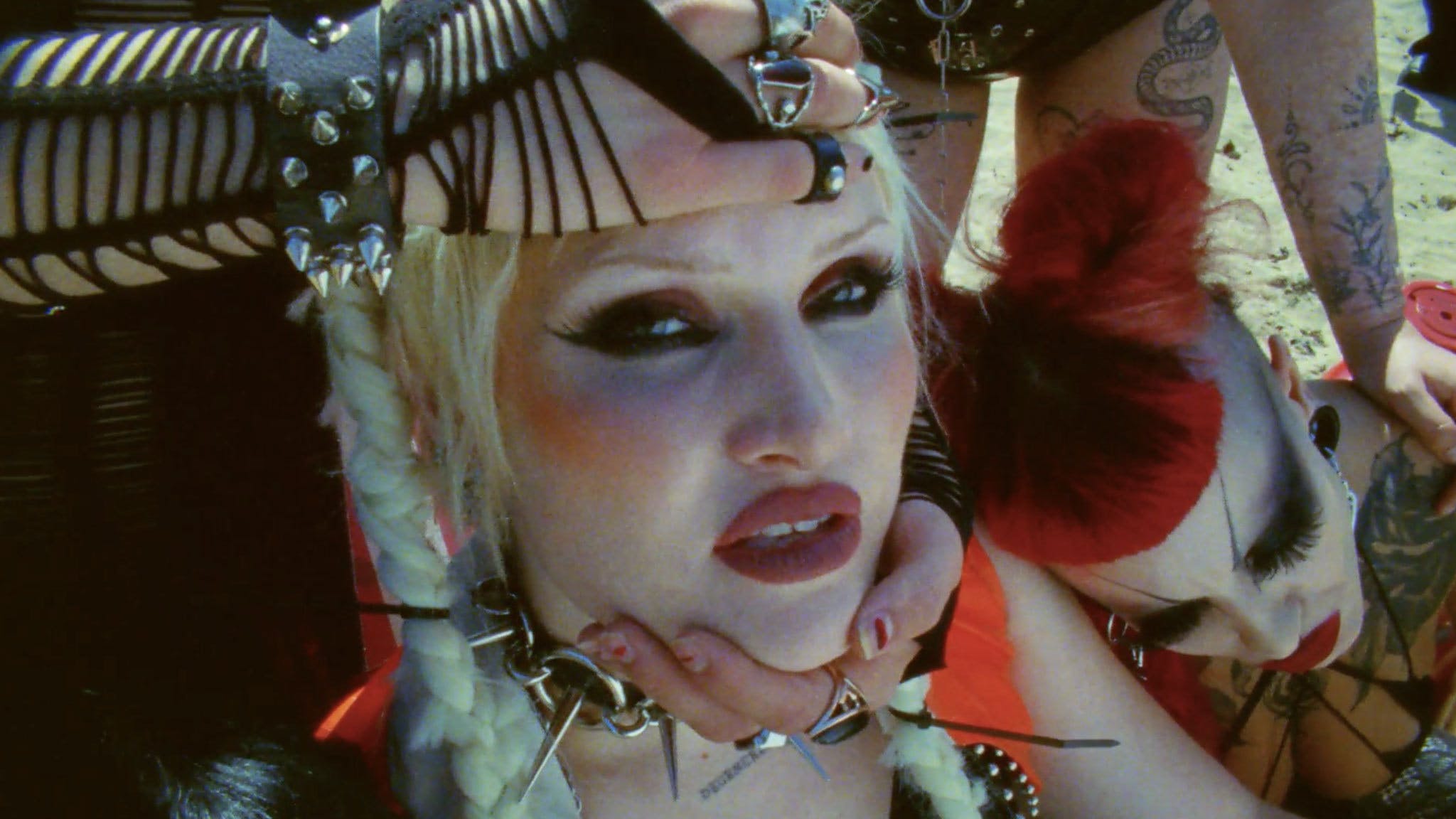 Living up to its title, Cassyette’s single Sad Girl Summer has been the perfect soundtrack for the past few months – and now it has an absolutely brilliant accompanying video.

From taking goths to the beach to smashing up cakes, we see several different sides of the musician in the entertaining video – and it perfectly mirrors up with the “fuck you” message of the track.

“Sad Girl Summer is about being cheated on,” Cassyette previously revealed. “It’s a ‘fuck you’ song and I want people to feel empowered by it. Anyone that’s ever been cheated on will understand that hurt. It’s a proper rager in the chorus.

“I was so fed up at the time I wrote this, and I was so over crying over them. I wrote it over two days and on the first day I felt so depressed, and by the second day I wanted to turn the song around and reclaim the power.”

Of the video, Cassyette shares in a statement: “Sad Girl Summer was so much fun to film. I got to smash up a whole table of stuff… I had a baseball bat and whacked the shit out of everything. It was amazing. It was a home run. Seriously, though, it was one of the best things I have done so far.

“Jamie the director had the most amazing concepts. I went to him saying I wanted ‘goths on the beach and poisonous frog colours’ and he came back with fetish nuns, a jilted bride and a kinky acid trip. I feel like he really nailed my personality.”

Catch Cassyette on the Sad Girl Summer tour at the following:

Cassyette shares emotional cover of Harry Styles’ As It Was

Cassyette continues to show her versatility by unveiling a beautiful, powerful take on one of the pop songs of the year, As It Was by Harry Styles.