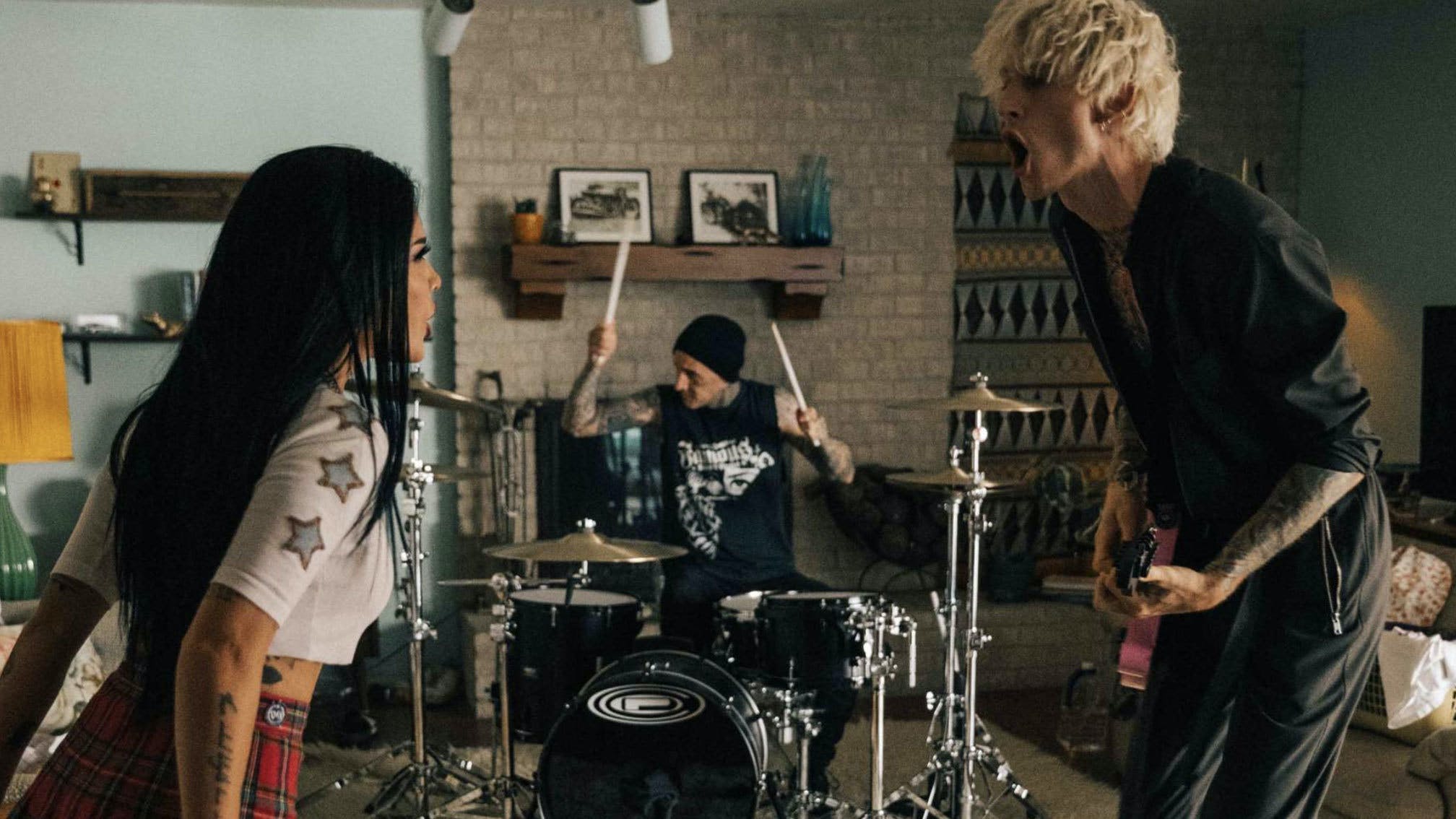 At last night's Super Bowl Music Fest at the Crypto.com Arena in Los Angeles, Machine Gun Kelly and Halsey teamed up onstage to finally perform their awesome 2020 pop-punk banger Forget Me Too (along with Travis Barker, naturally).

The pair were there to play separate sets, with MGK in particular using his gig to bring out an array of special guests: Trippie Redd for All I Know and Candy, WILLOW for recent single emo girl, and Halsey for the long-awaited live debut together of Tickets To My Downfall highlight Forget Me Too. He also performed his cover of Paramore's Misery Business, and a rendition of F*CK YOU, GOODBYE by The Kid LAROI (via setlist.fm).

Halsey, meanwhile, focussed on "basically just songs I love playing", opening with Nightmare and concluding the 17-song set with I Am Not A Woman, I'm A God. The New Jersey pop star tweeted ahead of the show: "saving the tour set for the tour, but playing a mix of new songs and other fun ones. It’s likely I'll never play this particular set ever again so I'm v excited."

Watch Halsey and MGK play Forget Me Too below:

And see what Halsey played below: