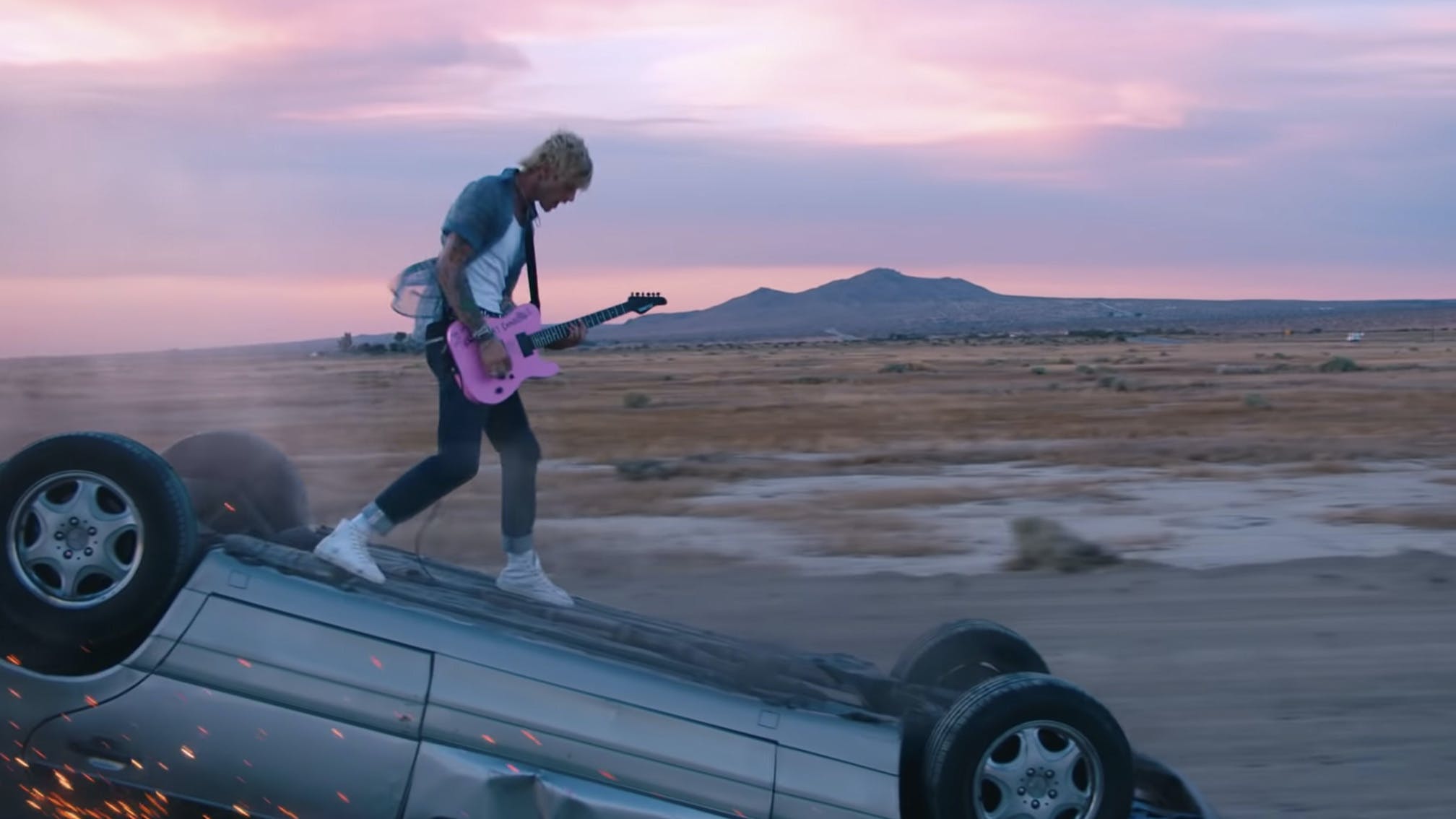 Machine Gun Kelly and blackbear have released a cinematic new video for their single my ex's best friend.

The chart-topping track is taken from the musician's upcoming pop-punk album Tickets To My Downfall, which is due out on September 25 (pre-order it here). And while my ex's best friend has already hit Number One on Billboard's Rock Streaming Songs, surely MGK's car-surfing efforts in the video are going to continue to keep it right at the top of everyone's radar at the moment…

Read this: Here's how to set Machine Gun Kelly on fire

Previously, Machine Gun Kelly stated that he wants Tickets To My Downfall as a whole to inspire fans to pick up a guitar.

“I hope that this project, for an audience broader than what’s already listening to music that has instruments in it, I hope that this album inspires some kids to go and pick a guitar up, because it really is uncommon for a 15-year-old to have been to a concert where anyone’s playing an instrument,” he said. “It is weird. But I’ve had plenty of people be like, ‘Dude, this is the first time I’ve ever seen someone play a guitar live, it’s crazy, I wanna do it.’”

Watch my ex's best friend below: