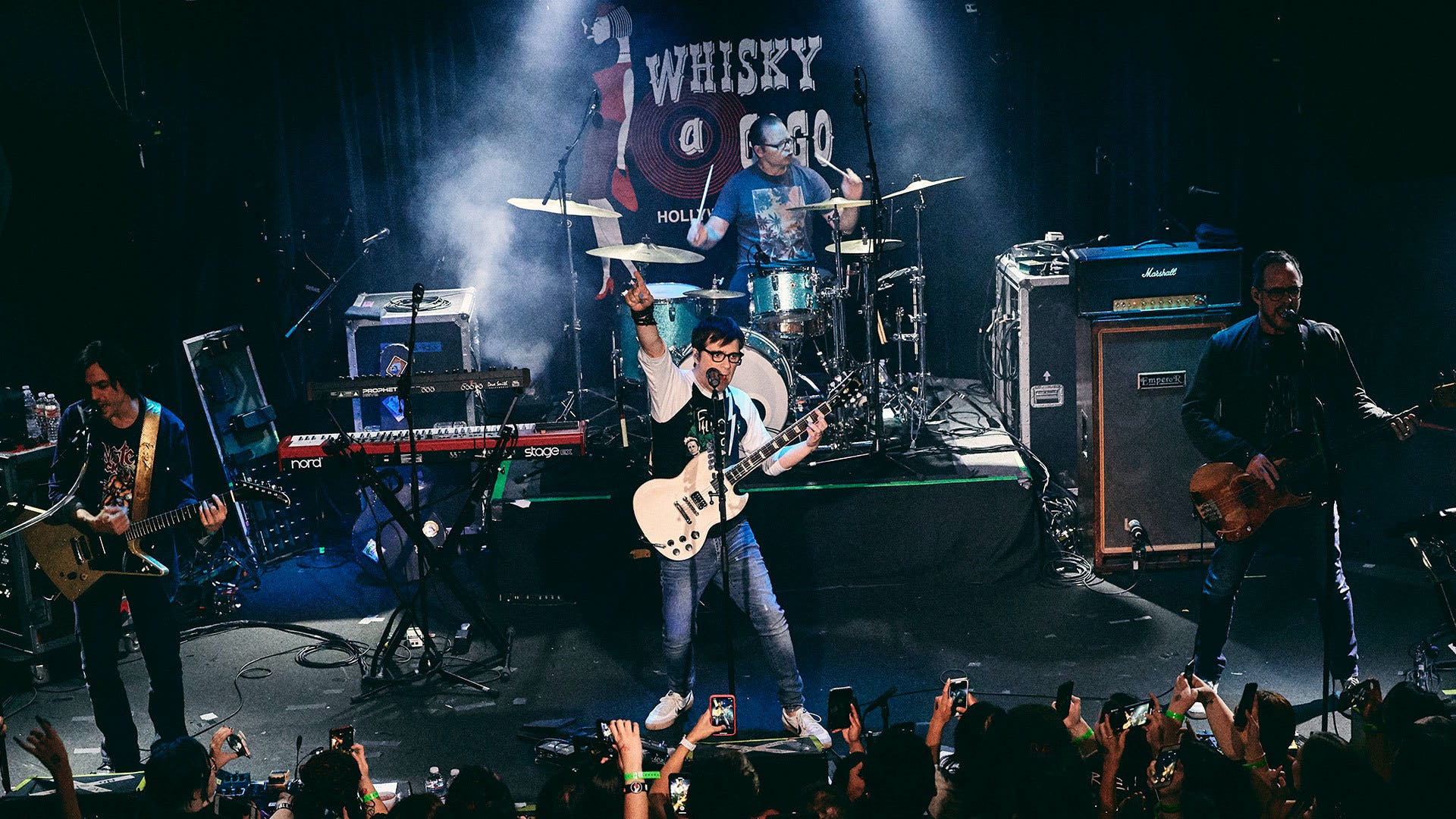 Weezer are no strangers to covers – just last year, they unveiled The Teal Album, a full record of music by the likes of Toto, A-ha and even Black Sabbath – and now frontman Rivers Cuomo has just taken on Nirvana's Heart-Shaped Box.

The piano rendition of the In Utero track comes via Rivers' virtual fan hangout sessions Island In The Zoom, and though the video quality isn't up to much ("He must have used the PotatoCam9000," reads one YouTube comment), it's a genuinely great cover that has us hoping for another Weezer covers record one day. Of course, before that we'll be getting Van Weezer, which was originally set for release this month, though has understandably been pushed back due to coronavirus.

Read this next: A super deep dive into Nirvana's Heart-Shaped Box video

After the cover, Rivers asked those on the Zoom call with him if they knew of any other songs that reference tar pits (the Heart-Shaped Box lyric being, 'I've been drawn into your magnet tar pit trap'), explaining that he had recently recorded a new Weezer song called La Brea Tar Pits, which will be taken from the band's future OK Human album – a record that is reportedly around 75 per cent complete, but will most likely not be released this year. Interesting…

Read this next: This is the sound of absolution: Kerrang!'s 1993 review of In Utero