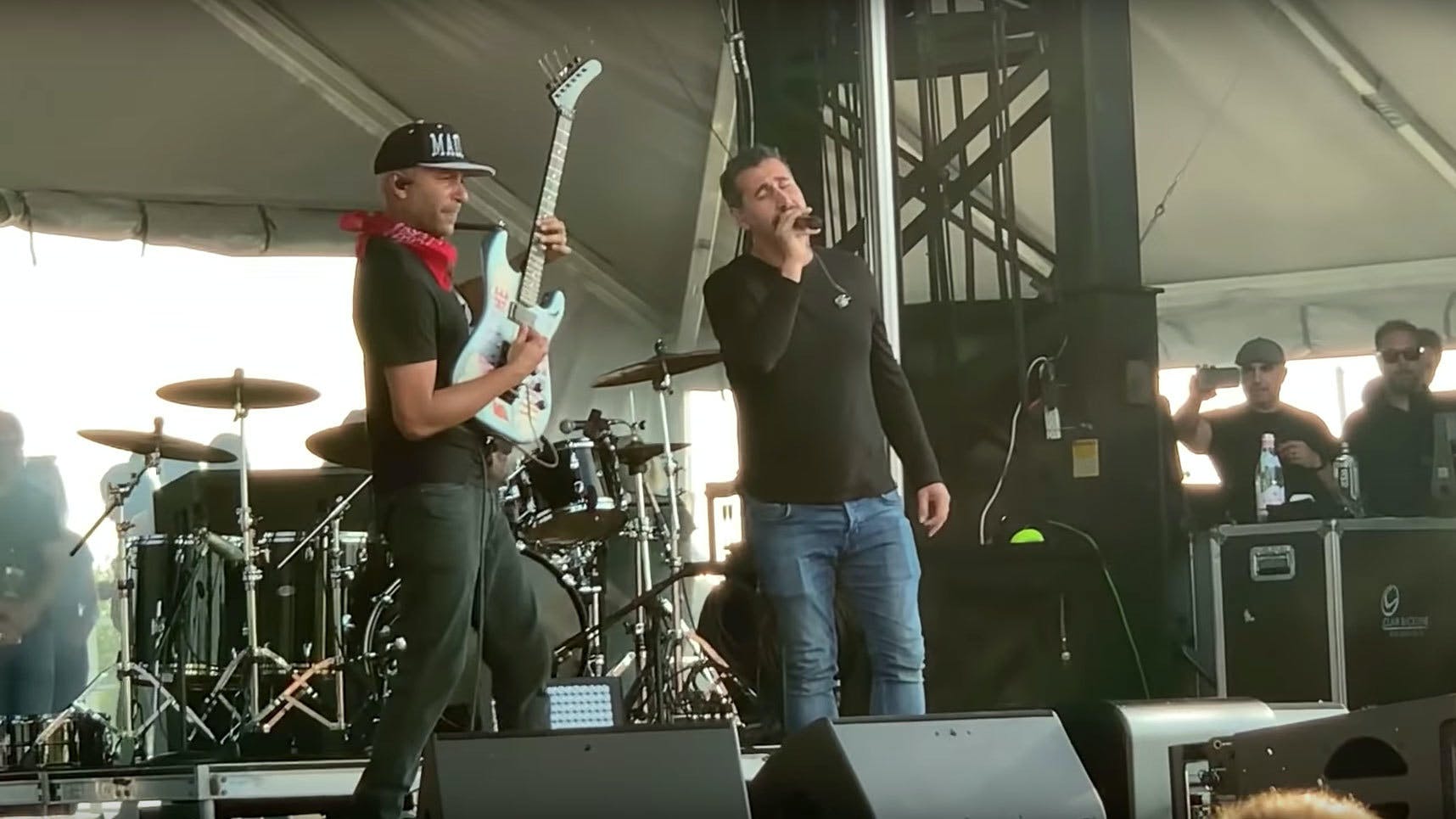 This past weekend, the Sonic Temple Art & Music Festival rolled into Columbus, Ohio, and brought with it some of the biggest names in rock. System Of A Down headlined the Friday night at the MAPFRE Stadium, but this wasn't the only time frontman Serj Tankian reared his head onstage.

During Tom Morello's solo set, Serj joined his friend to provide guest vocals on Audioslave's Like A Stone. As shown in the footage below, following a medley of Rage tracks including Bombtrack and Bulls On Parade, SOAD's crooner enters to lead the Columbus crowd in a rousing rendition of a Chris Cornell classic. Skip to 4:25 for Serj's appearance.

Tom and Serj performed Like A Stone just one day removed from the two-year anniversary of Chris Cornell's death.

Earlier this year, a tribute concert was held for Chris where the likes of Dave Grohl, Josh Homme, Miley Cyrus and more performed tracks by Soundgarden, Temple Of The Dog and more.

Last year, Tom Morello stopped by Kerrang! HQ to take part in our In Conversation series, where he talked Audioslave, Prophets Of Rage, shutting down Wall Street and much more.

Rage Against The Machine and Audioslave guitarist Tom Morello says he supports the recent petition to name the newly-discovered black hole after Chris Cornell.