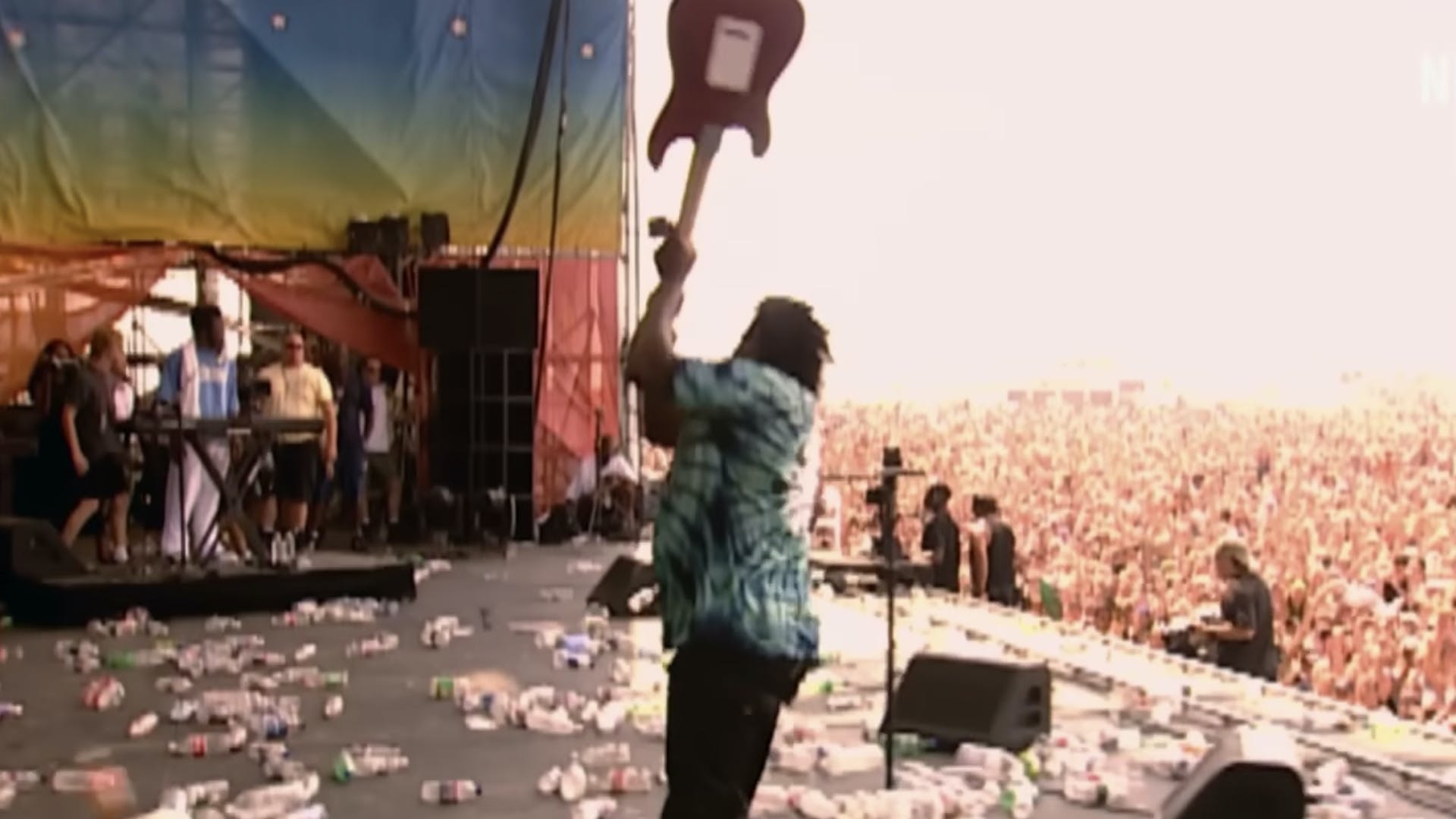 Following last year’s Woodstock 99: Peace, Love, And Rage film on HBO, now Netflix are unveiling their own take on the infamous festival with new docuseries Clusterf**k.

And the trailer shows just how chaotic the event was, with ‘rare insider footage’ and explosive first-hand testimonies from the whole thing, including Jonathan Davis of Korn (who were headlining alongside the likes of Limp Bizkit and Rage Against The Machine), who reveals in the below clip, “When you see it with your own eyes, it’s 10 times more shocking.”

Executive producer Tom Pearson tells Netflix: “This documentary series explores the societal, cultural and economic triggers that led to the festival descending into a total clusterfuck.

“This is an epic, universal story of nostalgia, hubris, greed and generational schism, told from the point of view of those on the front line.”

Clusterf**k: Woodstock ’99 hits Netflix on August 3 – watch the trailer below:

Read this: I was at Woodstock ’99 and it destroyed my innocence