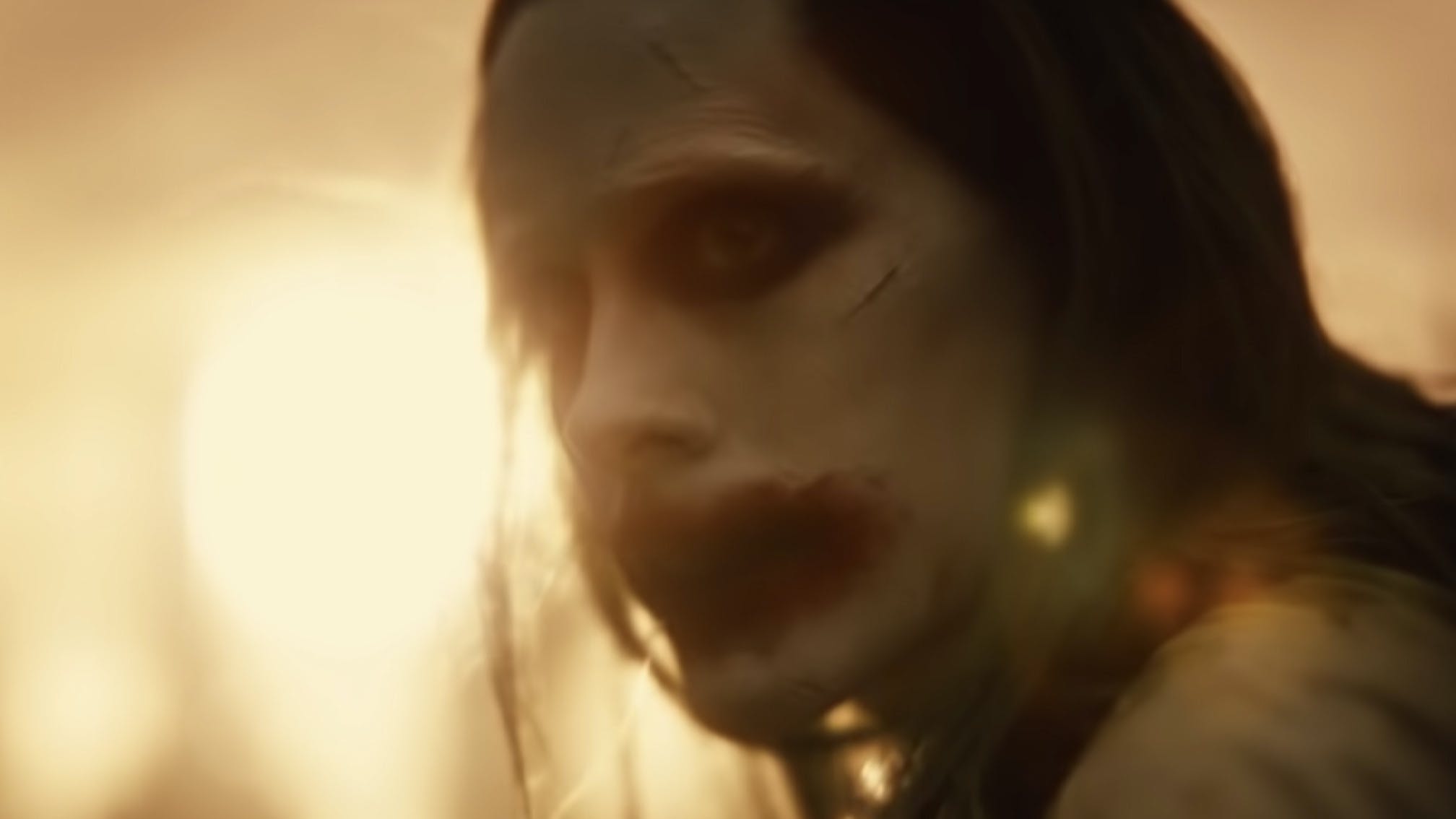 After some exciting teaser photos over the past couple of weeks, the first official trailer for Zack Snyder’s Justice League has finally landed.

As well as featuring the whole gang in action – Superman (Henry Cavill), Batman (Ben Affleck), Wonder Woman (Gal Gadot), Aquaman (Jason Momoa), Cyborg (Ray Fisher) and The Flash (Ezra Miller) – Jared Leto's Joker makes his highly-anticipated return. And though it's only a tiny glimpse at what's to come (hopefully…), the character does acknowledge the misattributed "we live in a society" meme, which Jared then nodded to on Twitter following the trailer's premiere much to the internet's delight.

A description of the movie in the new Justice League trailer reads: "In Zack Snyder's Justice League, determined to ensure Superman’s (Henry Cavill) ultimate sacrifice was not in vain, Bruce Wayne (Ben Affleck) aligns forces with Diana Prince (Gal Gadot) with plans to recruit a team of metahumans to protect the world from an approaching threat of catastrophic proportions.

"The task proves more difficult than Bruce imagined, as each of the recruits must face the demons of their own pasts to transcend that which has held them back, allowing them to come together, finally forming an unprecedented league of heroes. Now united, Batman (Affleck), Wonder Woman (Gadot), Aquaman (Jason Momoa), Cyborg (Ray Fisher), and The Flash (Ezra Miller) may be too late to save the planet from Steppenwolf, DeSaad, and Darkseid and their dreadful intentions."

Zack Snyder’s Justice League will hit HBO Max in America on March 18, while in the UK it is simply "coming soon".

In other Jared news, the actor and musician recently revealed that he's written a lot of new music over the past year.

"I had an opportunity to be really productive with music and wrote maybe 100 songs," he said last week. When asked if that means fans will be getting a new Thirty Seconds To Mars album – the follow-up to 2018’s America – "pretty soon”, Jared revealed: "Oh yeah, yeah. Absolutely. And I hope the world gets back to a place where we can go out and tour again and give people a little break from the madness."