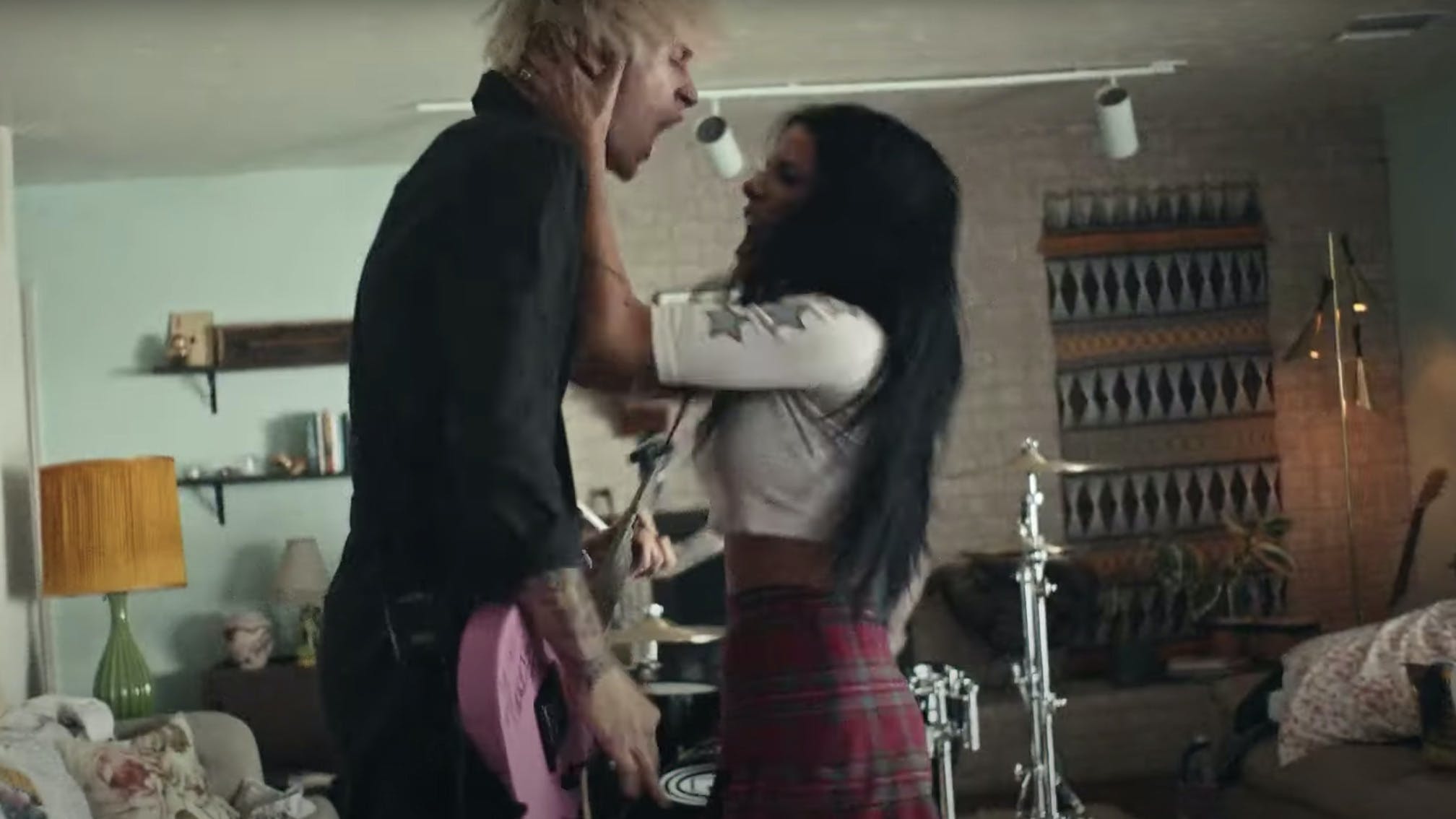 Machine Gun Kelly and Halsey have teamed up for a new video to accompany their brilliant pop-punk collaboration, Forget Me Too.

The early ’00s-esque banger features on MGK's latest album Tickets To My Downfall – a Number One record, released last month, that sees the musician join forces with blink-182's Travis Barker on drumming and production duties (and who also stars in the Forget Me Too video).

Discussing his venture into pop-punk with Kerrang!, Machine Gun Kelly explained: “I wanna start out by saying that I would like to normalise how we think about doing multiple types of music. I didn’t ‘switch genres’; I’m versatile, and the wall isn’t boxed in.

“I would like to send good energy and appreciation to people doing things that go against what is an imaginary box that someone too scared to break out of puts around you. I would like to project creativity and love, rather than limitations. Limitations cause you to look at me with my pink nails and believe that this same hand won’t punch you in the face, right? Limitations would cause you to believe that, because I’ve put out four albums that are rap, I shouldn’t put out a fifth album that’s not rap.”

Watch Forget Me Too below: