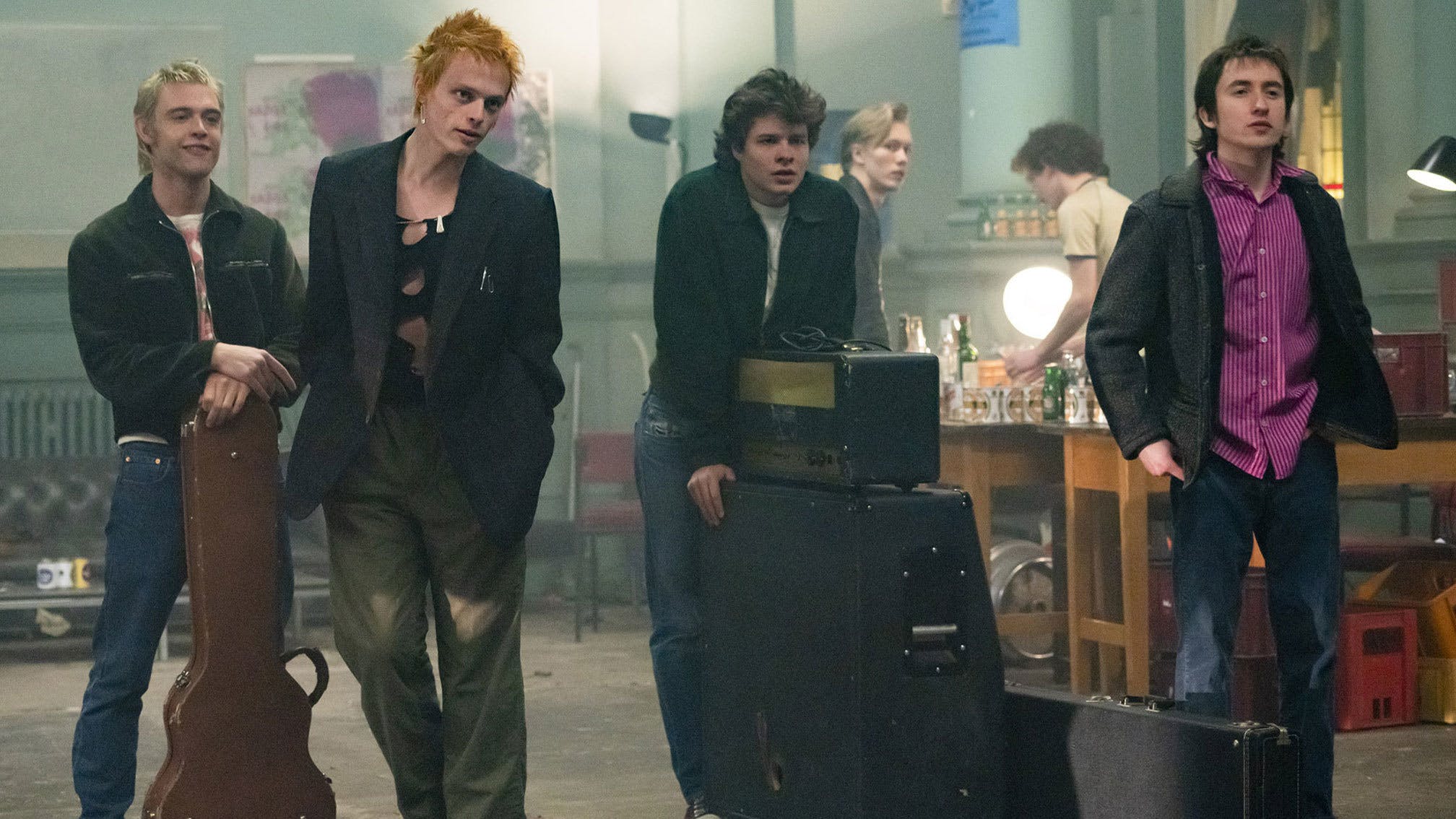 This first teaser trailer arrived during last night's GRAMMYs, and it gives a sneak peek at the punk attitude we can expect from the six-episode show, which is based on Steve Jones’ 2017 memoir Lonely Boy: Tales From A Sex Pistol. Pistol stars Toby Wallace as Steve Jones, Jacob Slater as Paul Cook, Anson Boon as John Lydon, Christian Lees as Glen Matlock and Louis Partridge as Sid Vicious, as well as other characters including Sydney Chandler as Chrissie Hynde, Talulah Riley as Vivienne Westwood, Maisie Williams as punk icon Jordan, Emma Appleton as Nancy Spungen and Thomas Brodie-Sangster as Malcolm McLaren.

A synopsis explains that Pistol is a 'kaleidoscopic telling of three of the most epic, chaotic and mucus-spattered years in the history of music', and the story of a 'band of spotty, noisy, working-class kids with 'no future', who shook the boring, corrupt Establishment to its core, threatened to bring down the government and changed music and culture forever'.

Pistol premieres on Disney+ and Hulu on May 31 – watch the trailer below:

New compilation Sex Pistols: The Original Recordings will be released May 27 as a companion to Pistol.

Read this: 10 must-watch rock biopics that you won't be able to look away from