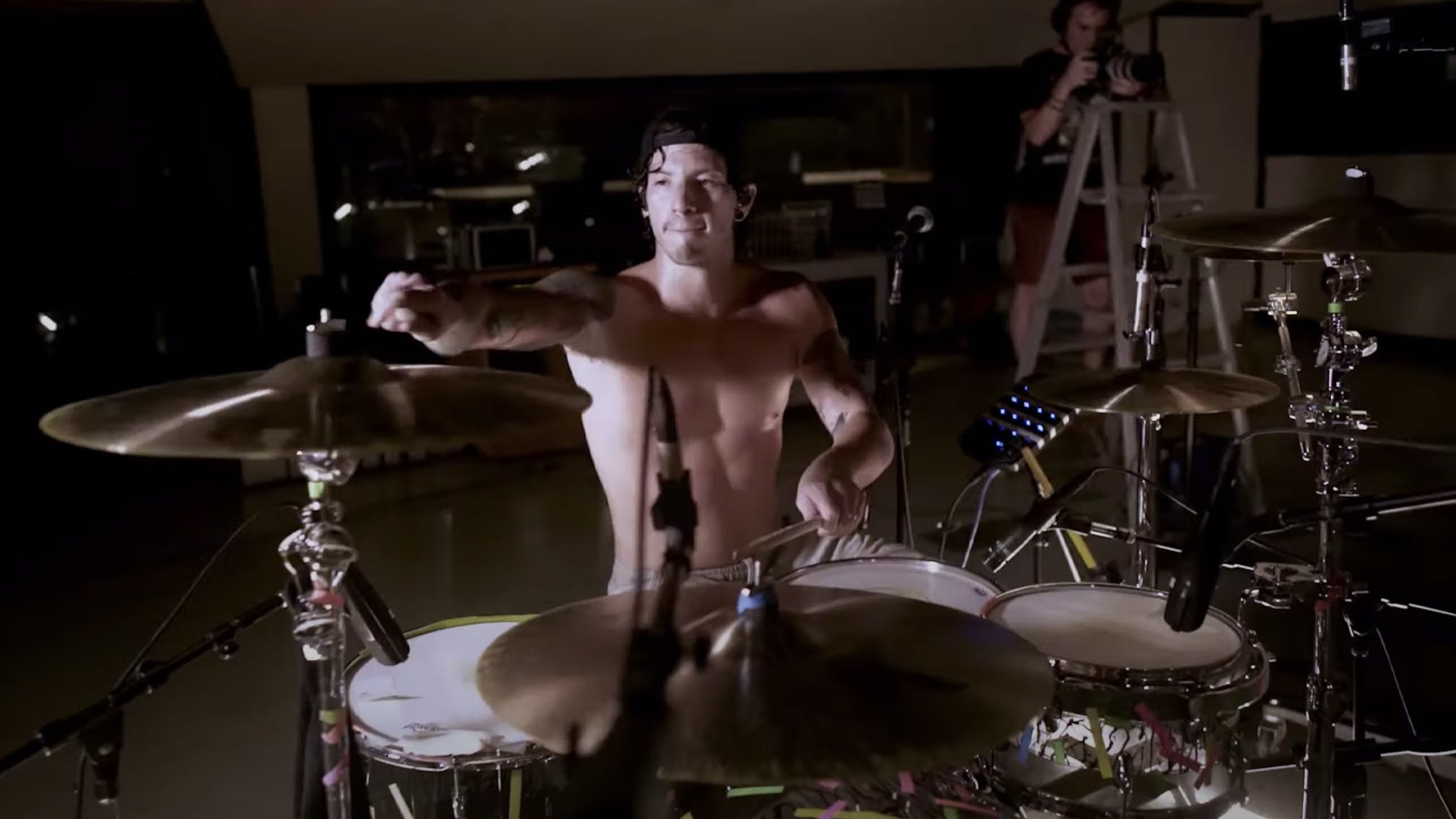 While we've always been fairly sure drumming machine Josh Dun can probably tackle just about any song behind the kit, a new MegaMix Drum Cover between the twenty one pilots man and his buddy Matt McGuire (of The Chainsmokers) has pretty much proved that theory.

In a gripping and pretty exhausting 12-minute video (yes, we are claiming to be exhausted despite having not moved a single muscle while watching it), Josh and Matt battle it out and cover seven different songs together, from Paramore's classic That's What You Get to Foo Fighters' epic sing-along Best Of You.

The pair open with Jay-Z and Linkin Park's Jigga What / Faint, and elsewhere thump it out to Underoath's A Boy Brushed Red Living In Black And White, N.E.R.D's Rockstar, ASAP Rocky's Lord Pretty Flacko Joyde 2 and Red Hot Chili Peppers' By The Way.

At the end of the performance, Josh and Matt sit down for a chat about how they met, why they love drumming and more.

"We thought it would be cool to do some older songs that were inspirational to us in some way or another – songs that we've played in the past, whether it's in our parents' basement or in a loft in a warehouse that we rented out somewhere," Josh explains of how The MegaMix Drum Cover came to be.

"I think when I started playing drums it was kind of an emotional release through hitting something – it just felt really good! And I also remember in middle-school, it was around the time when iPods weren't out yet – it was CDs and Walkmans – and I had groups of friends who were rock friends, groups of friends who were hip-hop friends, or pop friends, but I didn't know where I fit in. I used to just go to the local record shop and find the most tattooed guy that I could and I'd be like, 'Hey, what am I buying this week?' He would just give me a little bit of everything, and then I took it across the street to the music store, put in my Walkman, and then put on the electronic drum headphones over the top of that and then mix the two.

"I do think this mash-up – which I'm still sweating from! – is kind of indicative of that blend of genre…"

Watch The MegaMix Drum Cover below: